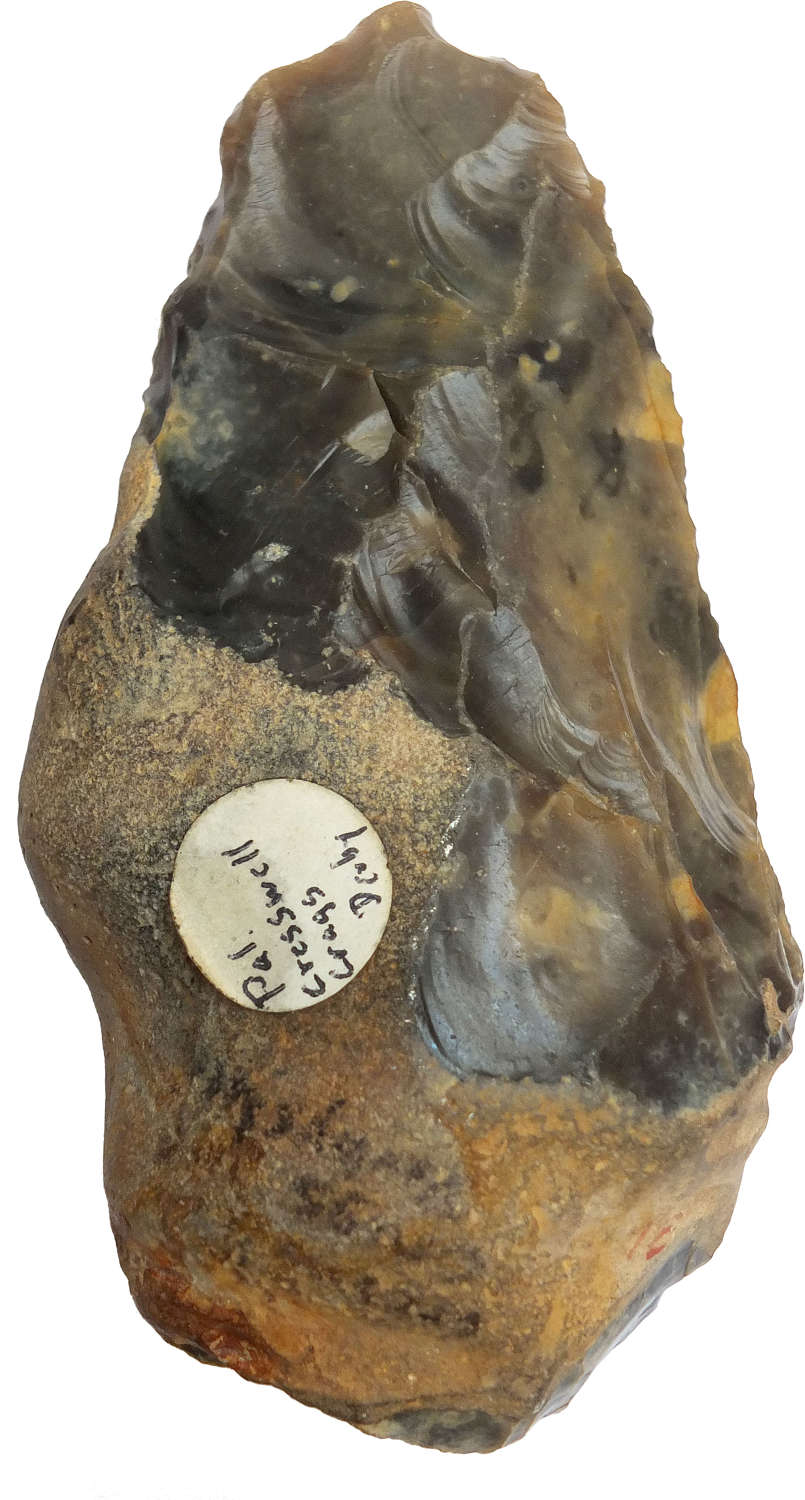 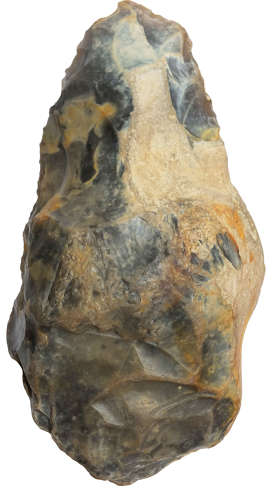 Description: A dark grey flint pointed handaxe with a substantial area of cortex remaining around the butt and on one side extending towards the point, but a nice heavy example with a straight cutting edge and semi-glossy patina. Some small chips to the point, otherwise condition good. Labelled as from Cres(s)well Crags, Derbyshire.

Background: Molly Alexander and her husband Richard shared a passion for art and antiquities and established their own antique and fine art shops in The Lanes, Brighton, in the 1960’s. Richard was a recognised expert in Greek and Roman antiquities and coins having worked at Spink’s in London after World War II. Molly specialised in fine art and chinese pottery. They closed their respective shops in Brighton in the late 1970’s but they kept their unsold stock. The most valuable items were kept in a secret cupboard in their home at Seaford, East Sussex, where they remained for over 40 years.

Notes: According to Roe (1968) most of the material found at Creswell Crags has been Mousterian or Upper Palaeolithic in origin. Creswell Crags is the most northerley point in the World that there is evidence for Neanderthal occupation. Many of the tools recovered at Creswell Crag cave sites are made from material other than flint but at least two other flint handaxes have been recovered from Robin Hood Cave (Jacobi, 2004). Mousterian handaxes are typically cordiform in shape, but the present example resembles Lower Palaeolithic types. Jacobi (2004) notes the occurrence of non-British artefacts and even a modern reproduction in museum collections with stated find spots of Creswell Crags, so it seems not improbable that the present example may have had the locality added later by an inventive collector or dealer.