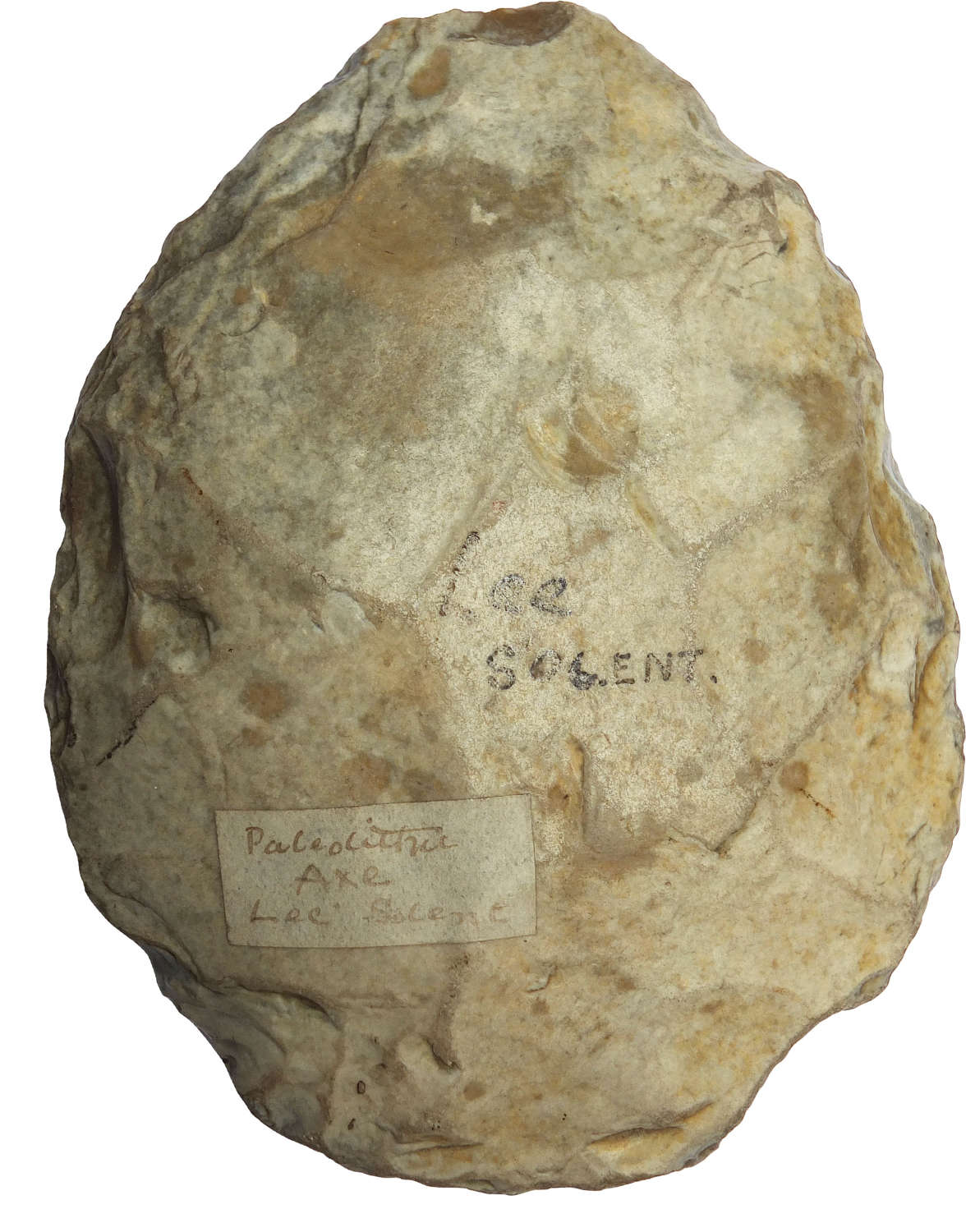 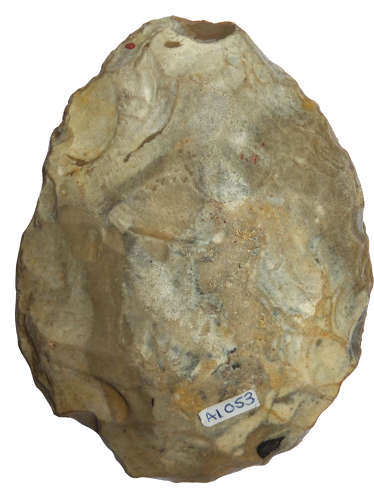 SOLD
Description: A brown flint ovate handaxe with dense brown-white patination, a chip at the point, some edge chips, and rolled, but overall a nice example, with a straight cutting edge. An old locality label attached. Found at Lee-on-Solent, Hampshire.

Notes: Roe (1968) records 70 handaxes from Lee-on-Solent. Palaeoliths have been collected from gravels in the Solent area since the late 19th Century when large numbers of handaxes were recovered from the shore of Southampton Water between Warsash and Brown Down, presumably eroded from the Hamble Terrace gravels exposed in the adjacent cliffs. Collecting began in earnest during the mid-1920s when a number of large gravel pits were established in the area. Major gravel extraction ceased during the 1970s, but by then large numbers of artefacts had been recovered by collectors.

IMPORTANT NOTE: A UK export license will be needed to export this item outside of the United Kingdom. We can apply for this on the behalf of foreign buyers for no extra charge, but this will delay despatch.