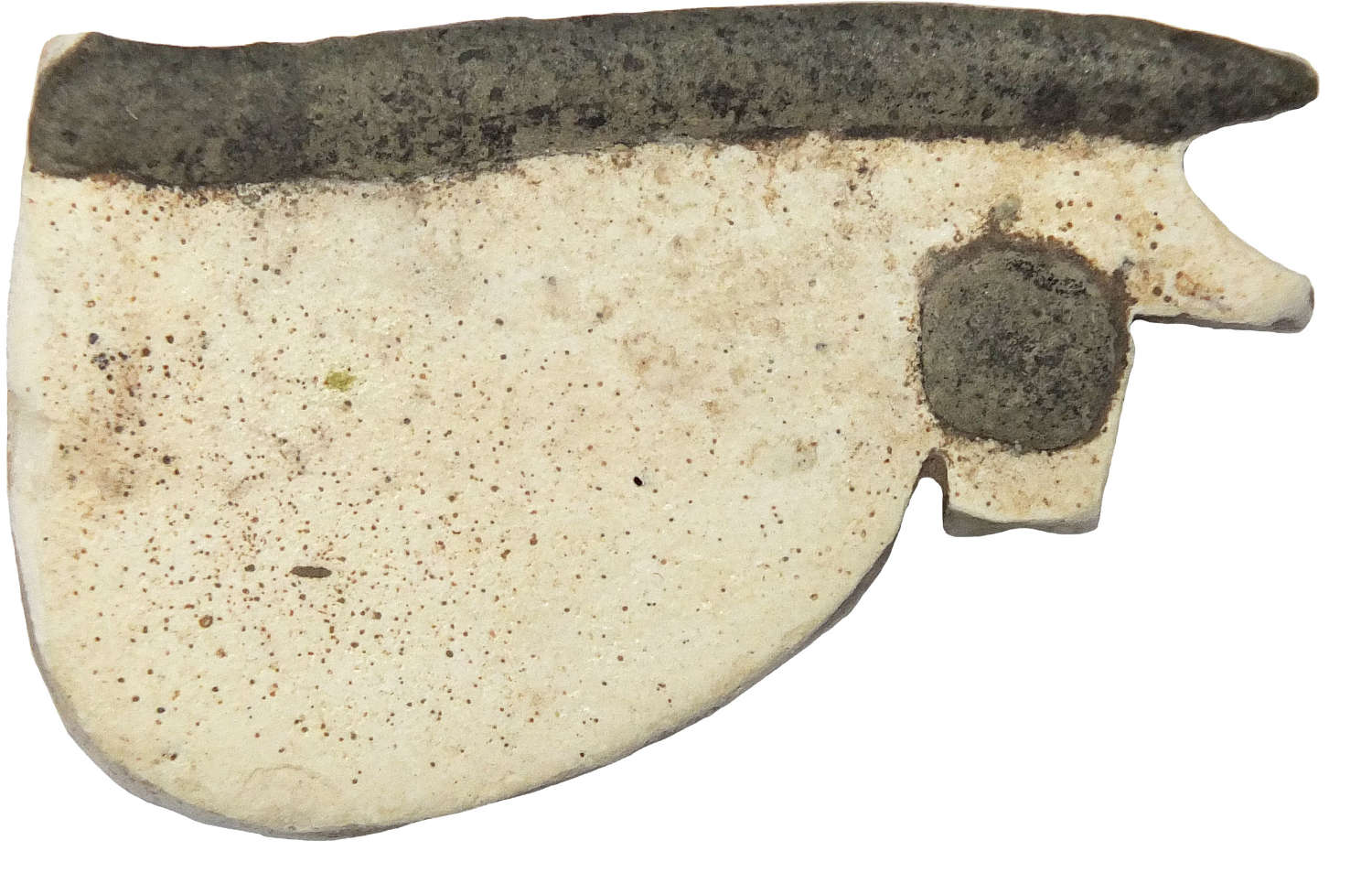 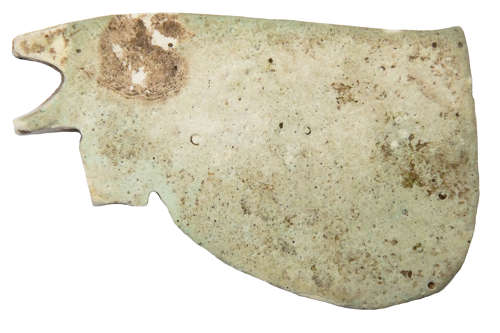 £95.00
Qty
Description: A large pale green faience Udjat Eye (Eye of Horus) amulet, the eyebrow and pupil applied in black, the faience weathered almost white in some areas. The vertical projection beneath the pupil lost and two shallow chips on the reverse.