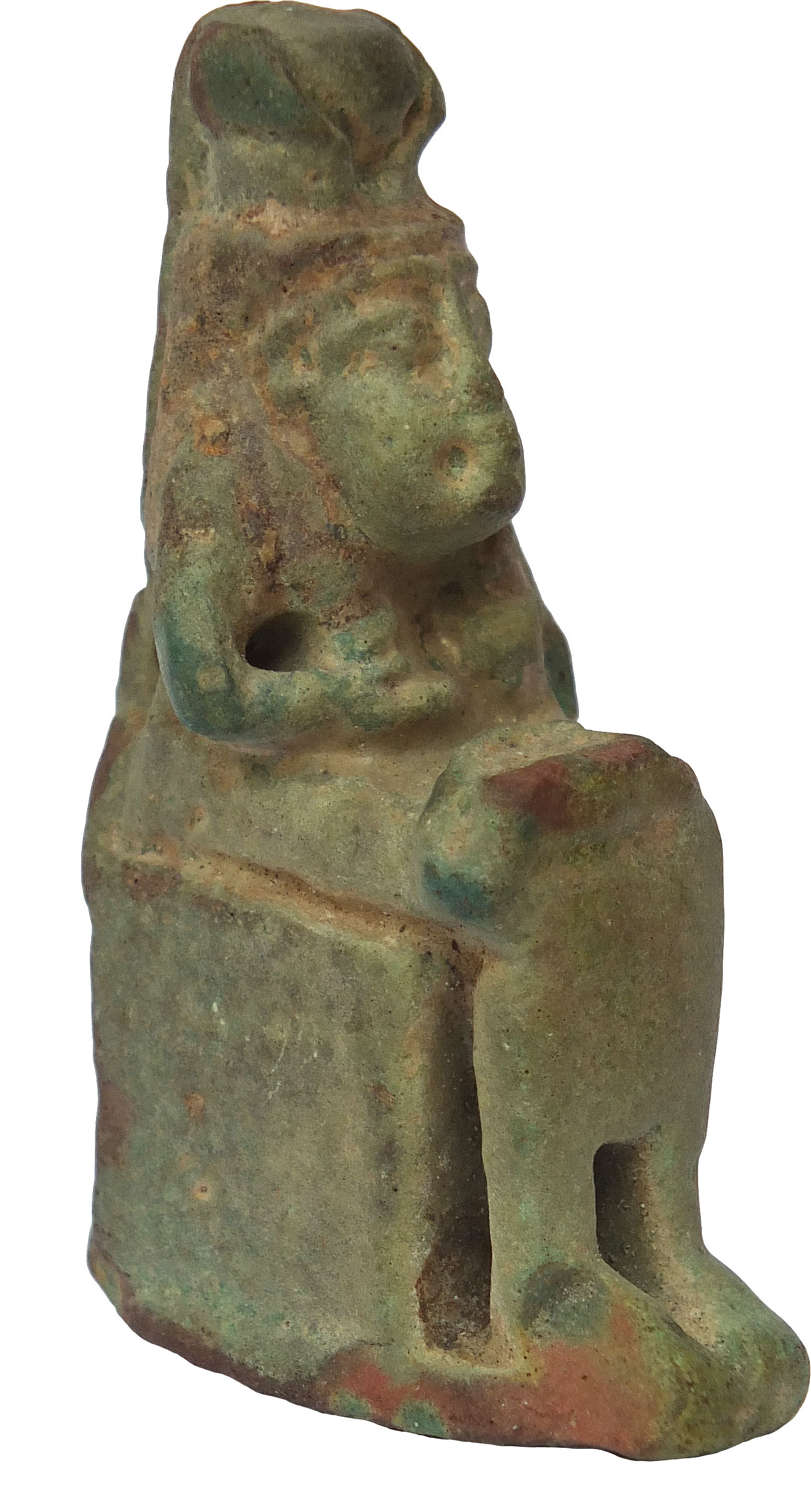 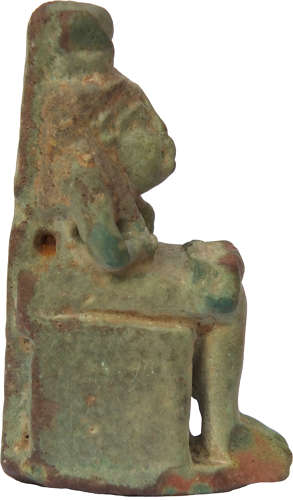 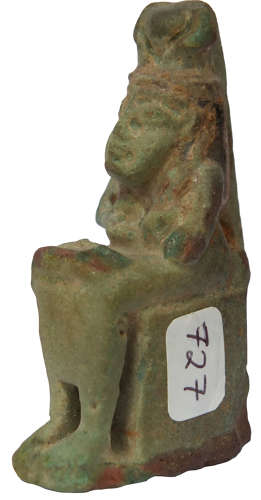 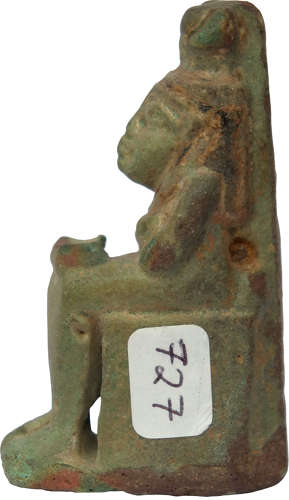 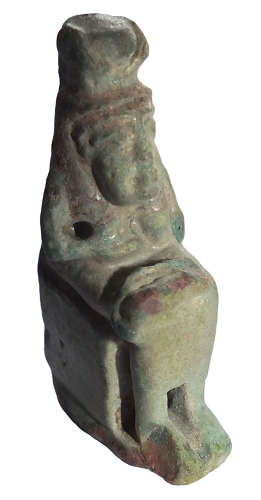 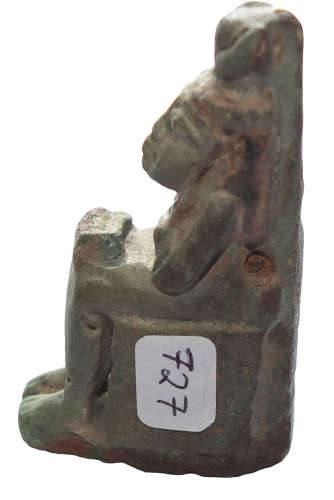 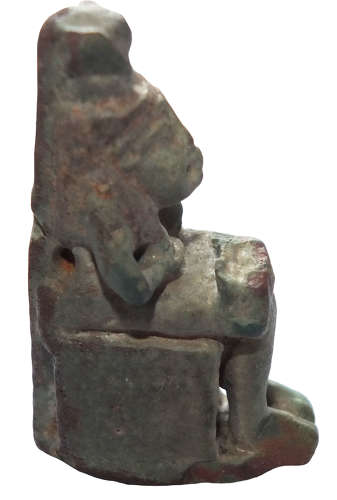 £295.00
Qty
Description: A sizeable blue-green faience amulet of Isis enthroned suckling the infant Horus, her left hand cupping her breast, and with oversize face, the back pillar perforated mid-way for suspension. Traces of black glaze on the wig and headdress. The figure of Horus lost and some chips, particularly to the base and feet, otherwise condition good and an unusually squat form.

Provenance: From the collection of Julian Bird (1959-2014) and recorded as being acquired as part of a lot at Christie’s, King Street, St. James’s, London, in 2010. At one time in a French private collection assembled at the end of the 19th Century. Previously sold at auction at Bergerac, France, in June 2007.

In our opinion rather crisper than the photographs might suggest.