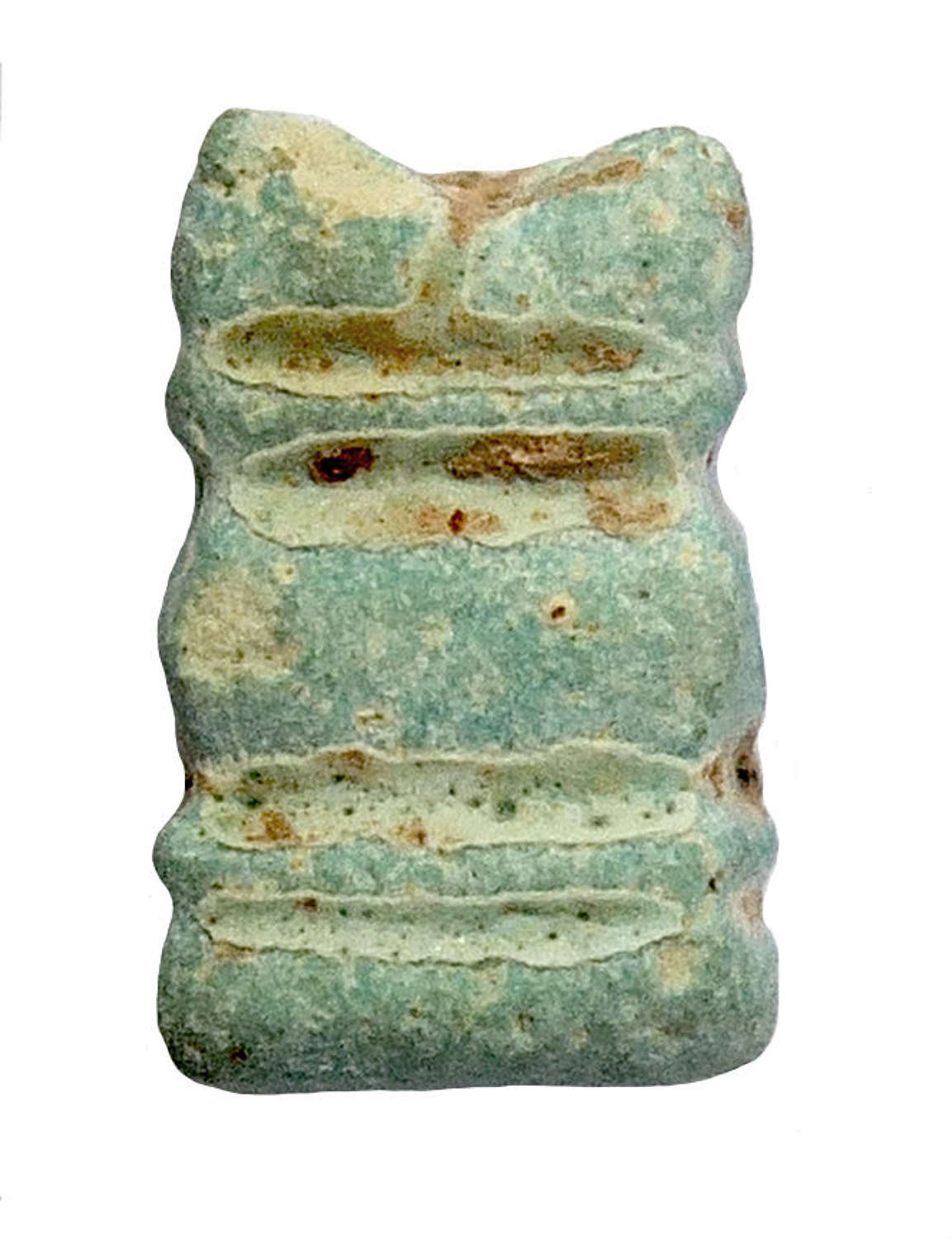 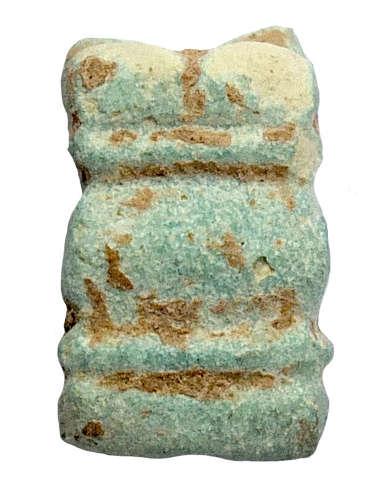 £50.00
Qty
Description: A small pale blue faience amulet in the form of an altar, shaped as a square short column with ridges around the top and base, and the top surface divided into four sections with triangular edges. The amulet pierced for suspension. Some surface wear, particularly affecting the top surface, but complete.

Provenance: From the collection of Julian Bird (1959-2014) and acquired at Timeline Auctions, London, in 2011. Previously in the Terry Eva Collection, London, assembled in the 1970s-1980s. Terence Eva was a notable London private collector.