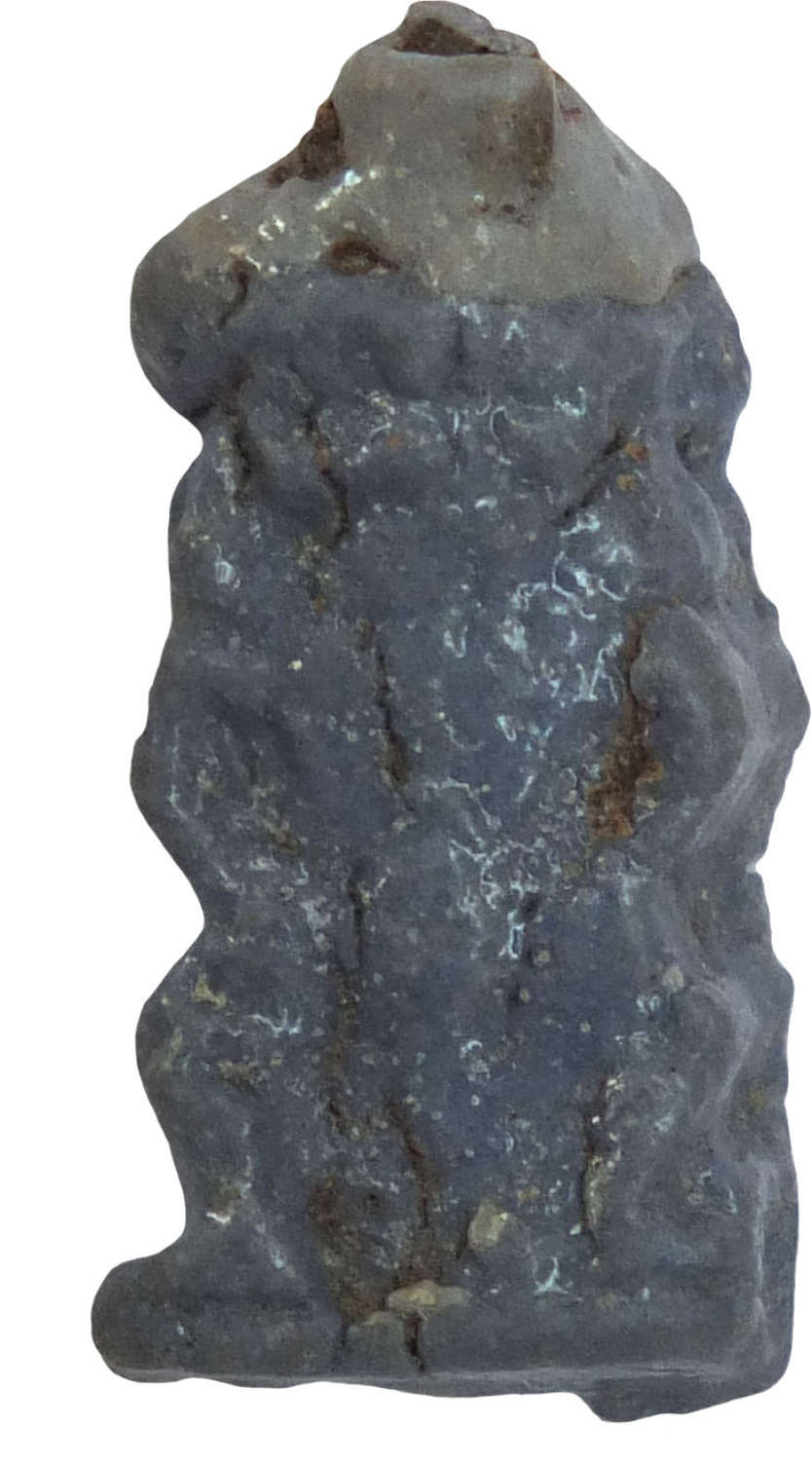 SOLD
Description: A carolina blue flat-backed faience pendant of Bes, facing forwards with hands on knees. A loop coloured grey, perhaps to imitate silver, on the top of the head for suspension, although this is now partially broken. The modelling cursory as is typical of the type and some cracking of the surface, but sound.

Notes: These pendants would have been worn on decorative bead collars.