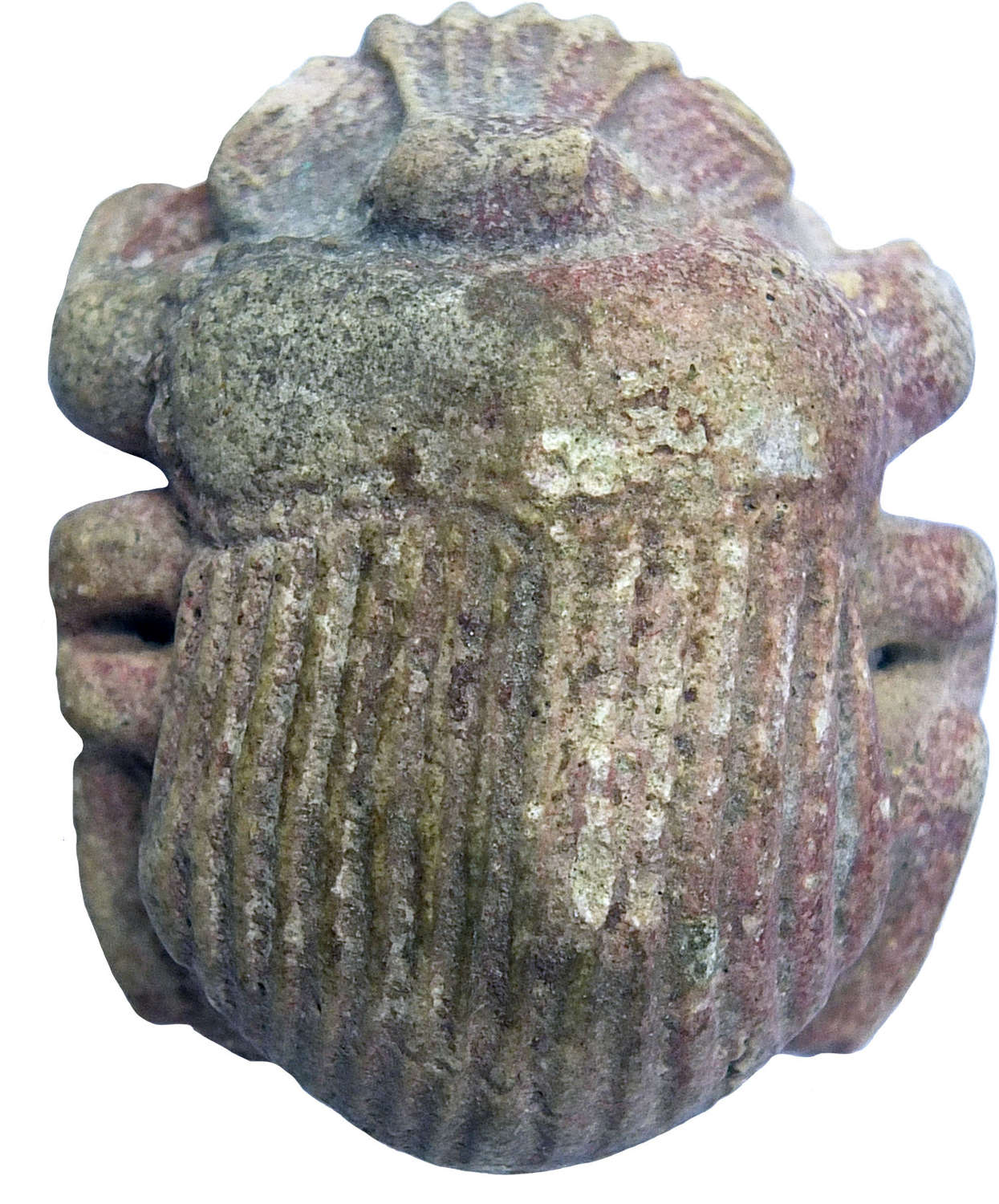 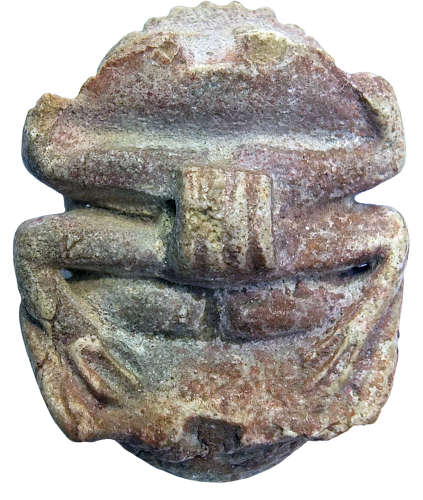 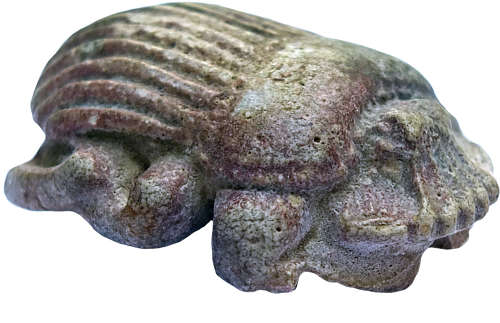 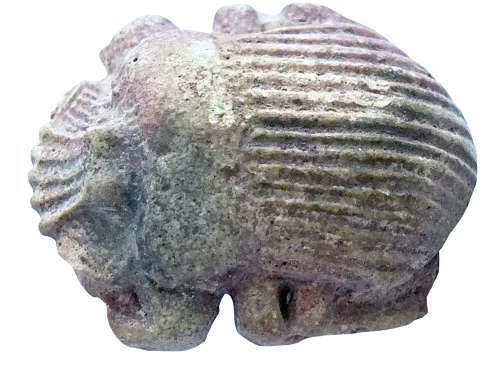 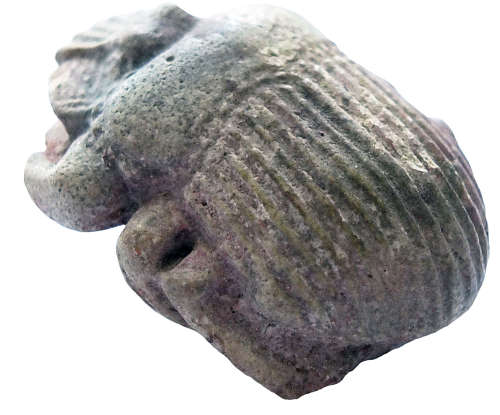 Description: A pale green faience funerary scarab amulet in the form of a beetle with striated wing case and the underside details well modelled, including a suspension loop. The glaze discoloured and some minor chips and wear, otherwise condition good and a nice example.

The collection of the physician Llewellyn Caractacus Powell Phillips (1871-1927) was formed in Egypt in the early years of the 20th Century. Llewellyn Phillips held a number of positions while resident in Egypt, including Professor of Medicine at the Egyptian Government School of Medicine, Cairo, and Senior Physician at Kasr-el-Aini Hospital, Cairo. In 1915 during the Gallipoli campaign he was appointed the Honorary Commander of the British Red Cross Hospital at Giza. He was mentioned in dispatches four times, and was awarded the Ottoman Order of the Medjidie, 3rd Class, and the Order of the Nile, 3rd Class. His collection was noted for Arab glass weights and coins and part of his collection was sold at Christie’s during 1992-1993; while part resides in the Egyptian Museum, Cairo. He donated seven coins to the British Museum in 1912.