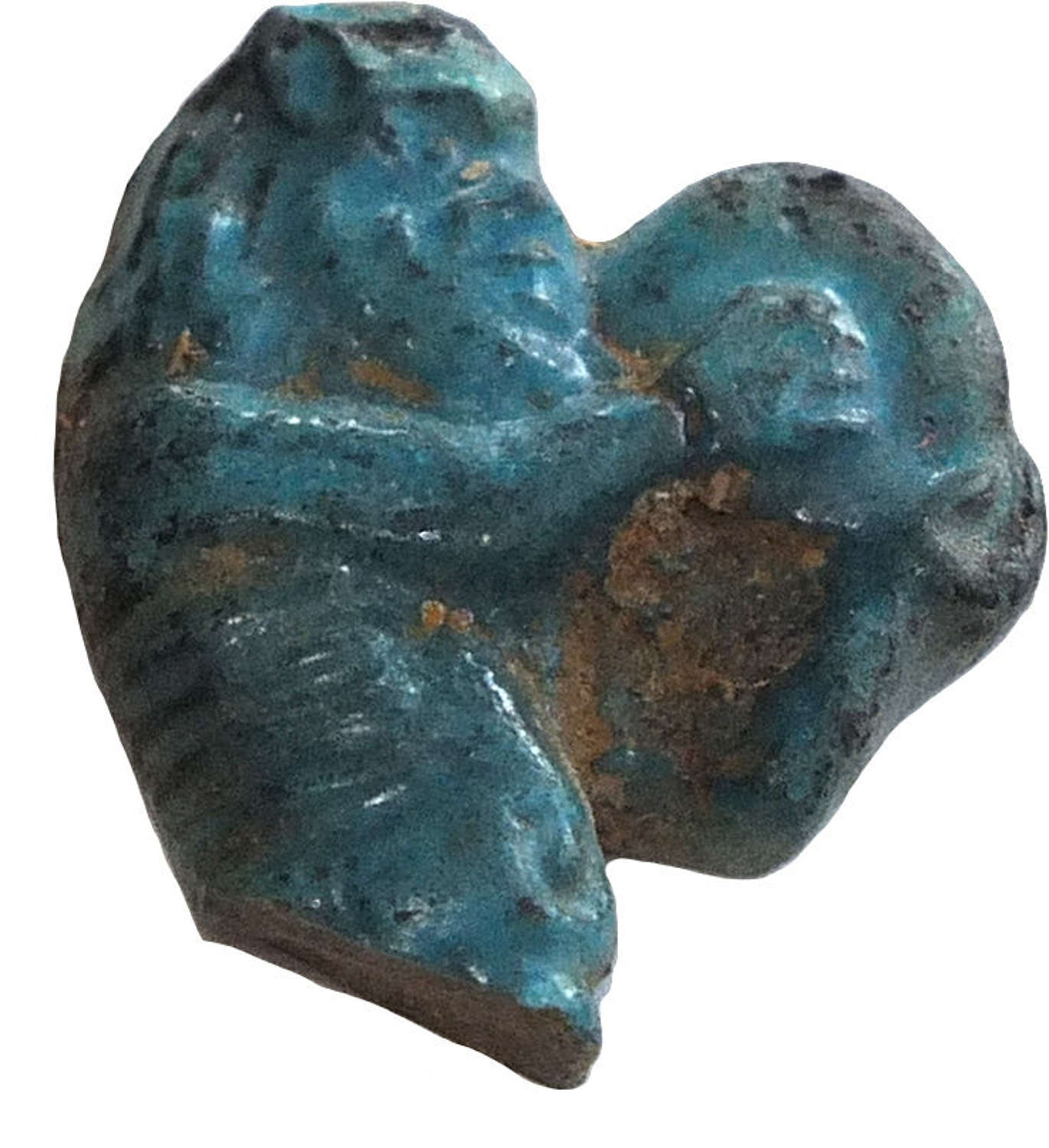 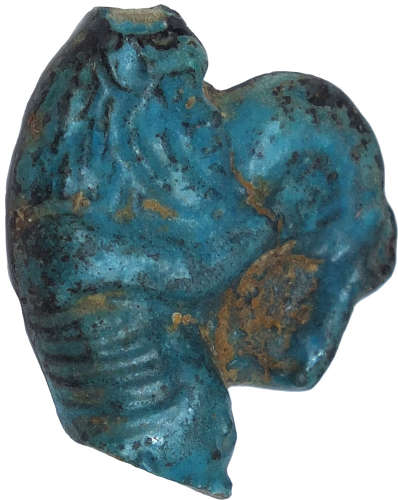 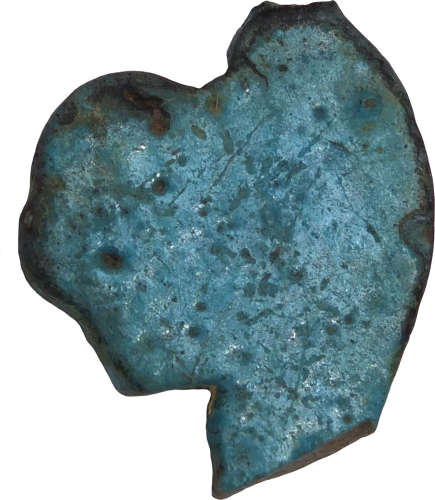 £125.00
Qty
Description: A fragmentary inky-blue flat-backed faience Bes amulet showing Bes playing a round circular drum, tambourine, or possibly cymbals, broken at the waist with the legs lost. A well-modelled amulet with good detail and a nice example. A chip to the top of the head which may reflect loss of a suspension loop.