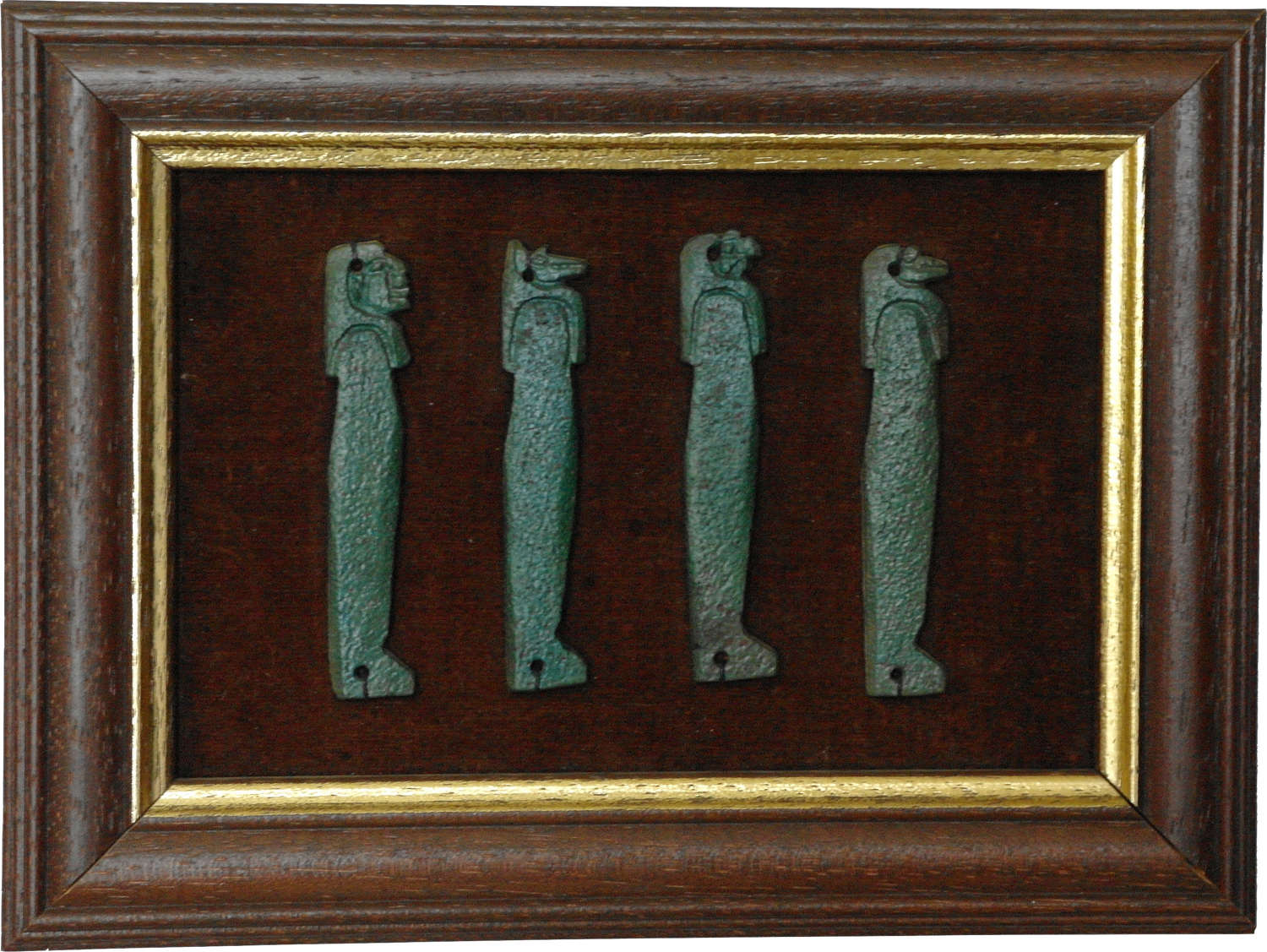 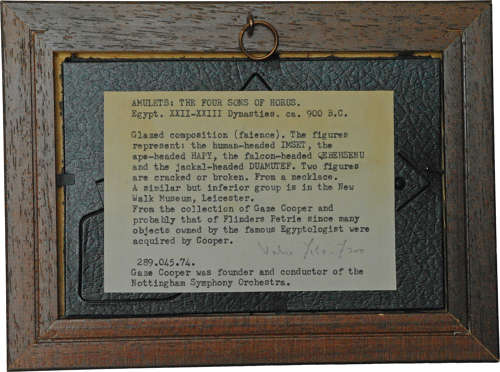 Background: The composer and musician Walter Thomas Gaze Cooper served as an army driver during World War I, but was invalided out after being caught in a gas attack. He studied at the Royal Academy of Music, and later at the Midland Consevatoire of Music. He lectured on orchestration at the University of Nottingham and founded (and conducted) the Midland Consevatoire of Music Orchestra in 1933, which became the Nottingham Symphony Orchestra in 1942. His hobbies included collecting old furniture and Chinese, Greek and Egyptian antiquities. His collection of Oriental antiques was reputed to be one of the most valuable in the UK at one time. Many of his Egyptian pieces were acquired from William Flinders Petrie (1853-1942), possibly including the present piece.