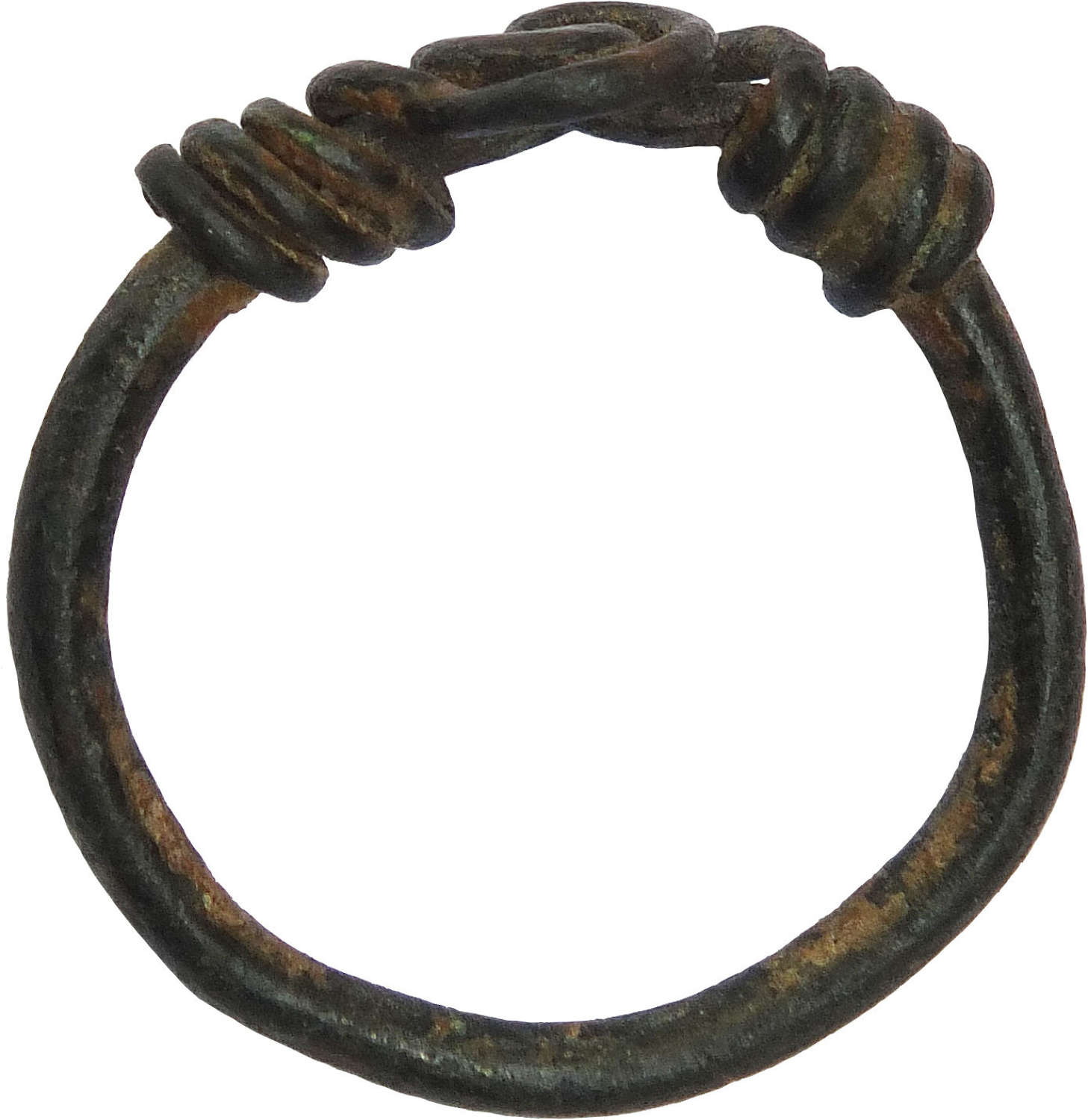 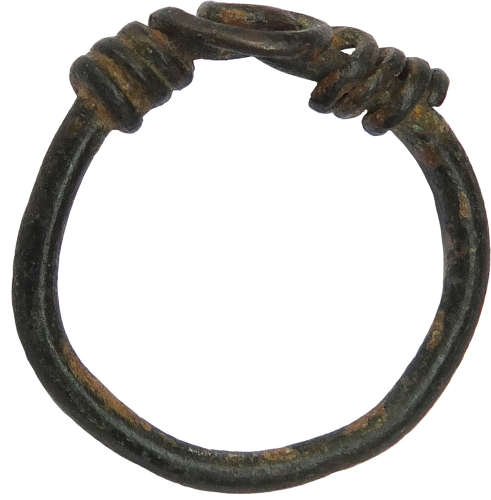 SOLD
Description: A bronze finger ring with the two ends joined by coiled twisted wire decoration forming shoulders and bezel. The ring has a dark brown patina. Some patchy wear to the patina but overall condition good.