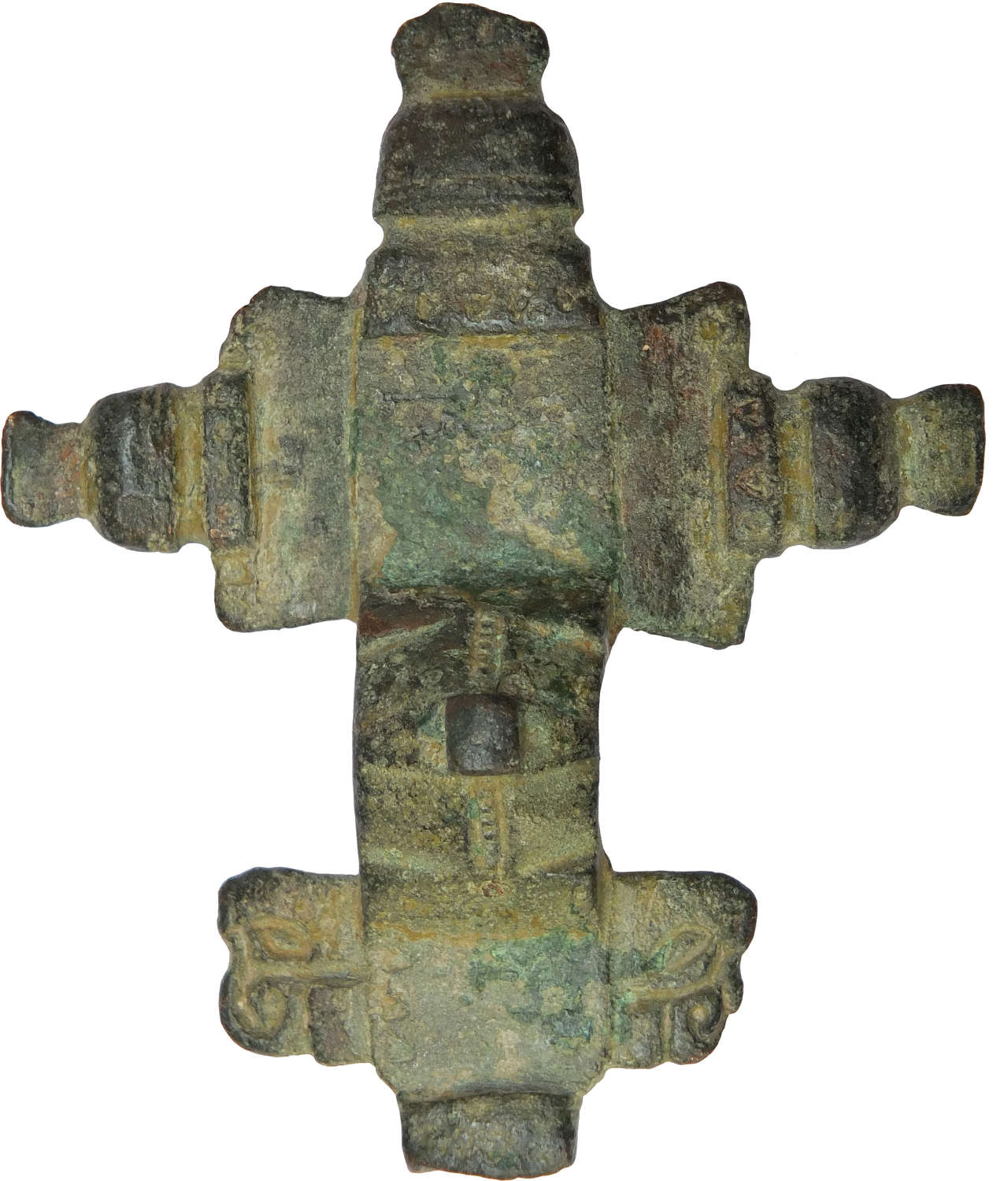 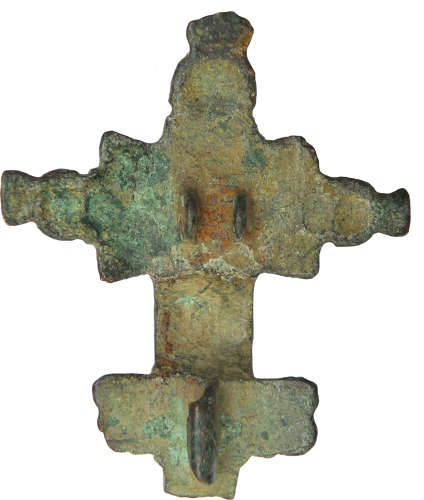 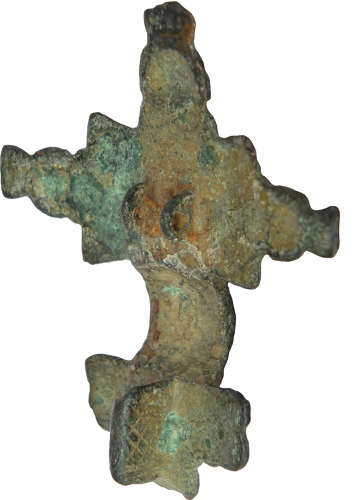 SOLD
Description: An incomplete bronze cruciform brooch, broken in the mid body with the lower part missing. The headplate consists of a square central panel with trapezoidal wings flaring outwards to either side, from which integrally cast flattened narrower ridged panels extend. A similar panel extends from the top of the headplate. Below the headplate is a curved bow below which the mid-body above the break extends into a subrectangular panel with incised curvilinear decoration. On the reverse face of the headplate, only the integral attachment loops for the pin and spring mechanism (now lost) remain. The catchplate below the bow preserved with incised cross-hatching on one side. The brooch has an uneven green-brown patina.