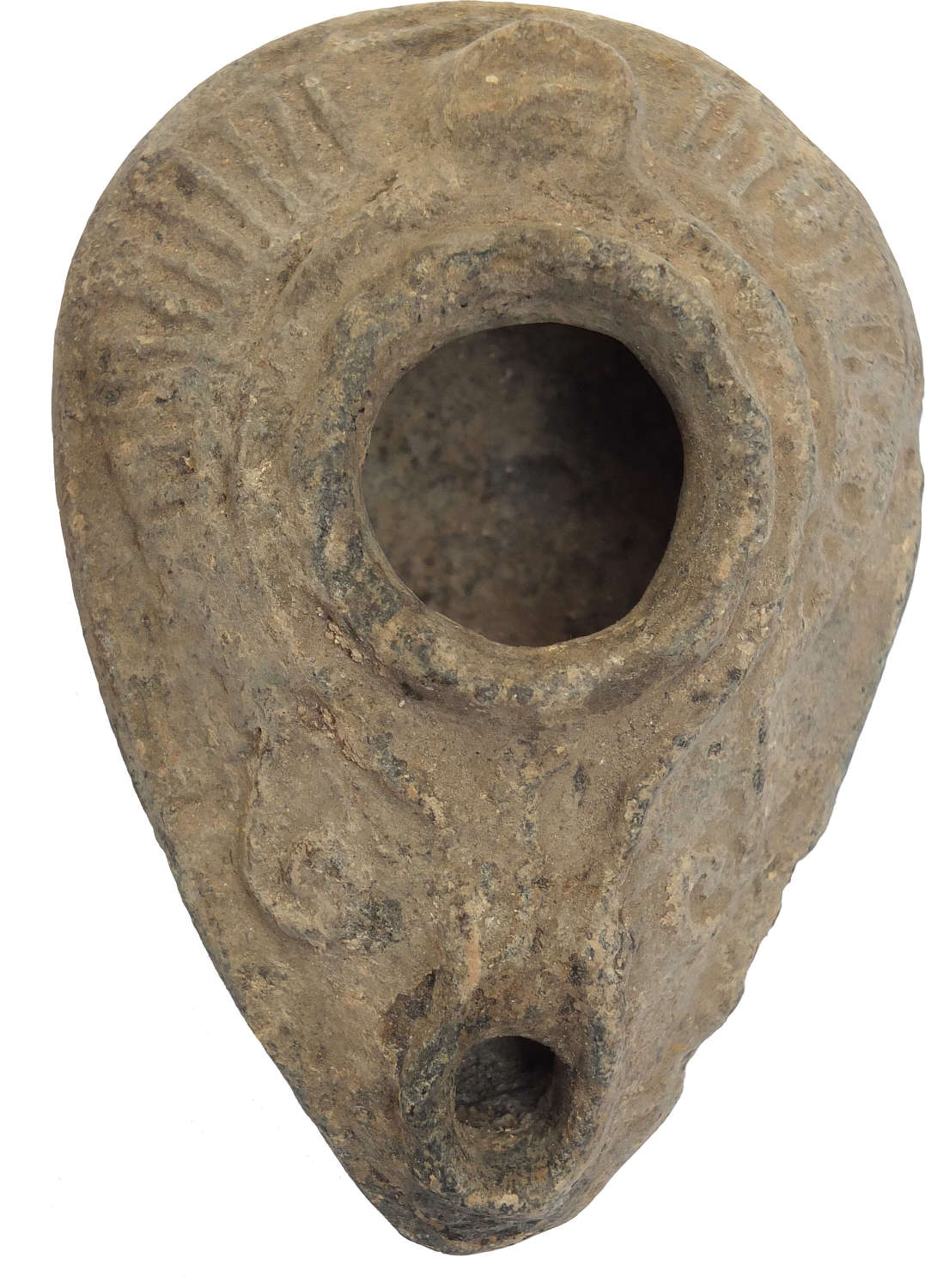 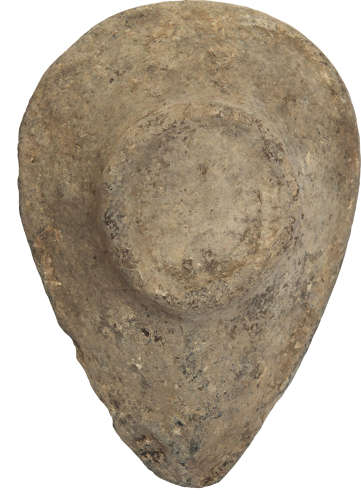 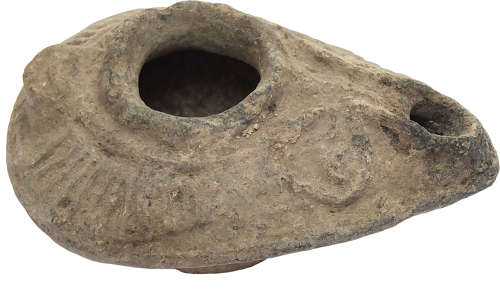 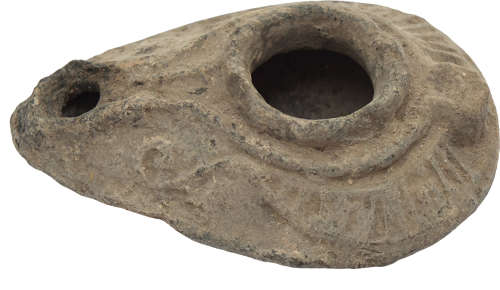 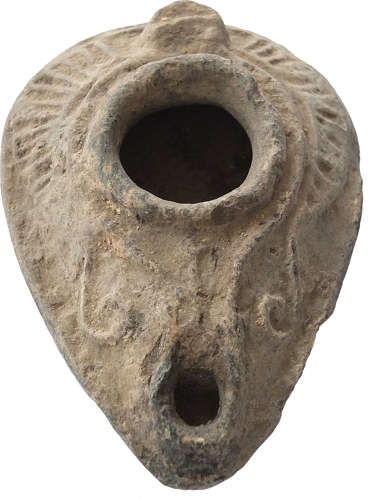 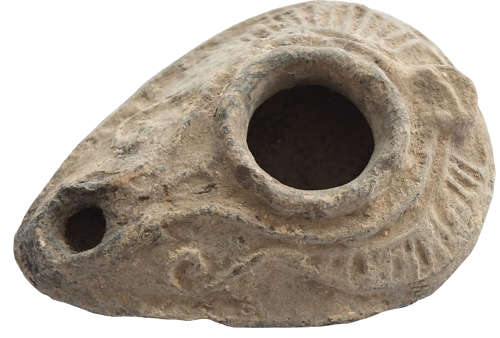 £55.00
Qty
Description: A grey brown terracotta oil lamp of robust form, the shoulder decorated with a moulded segmented band which passes into curvilinear lines towards the wick hole. Originally with a stub handle but this now lost and with a pronounced rim to the filler hole. Some encrustation, minor chips and overall surface wear and some soot deposits around the wick hole, probably from Syria or Palestine.