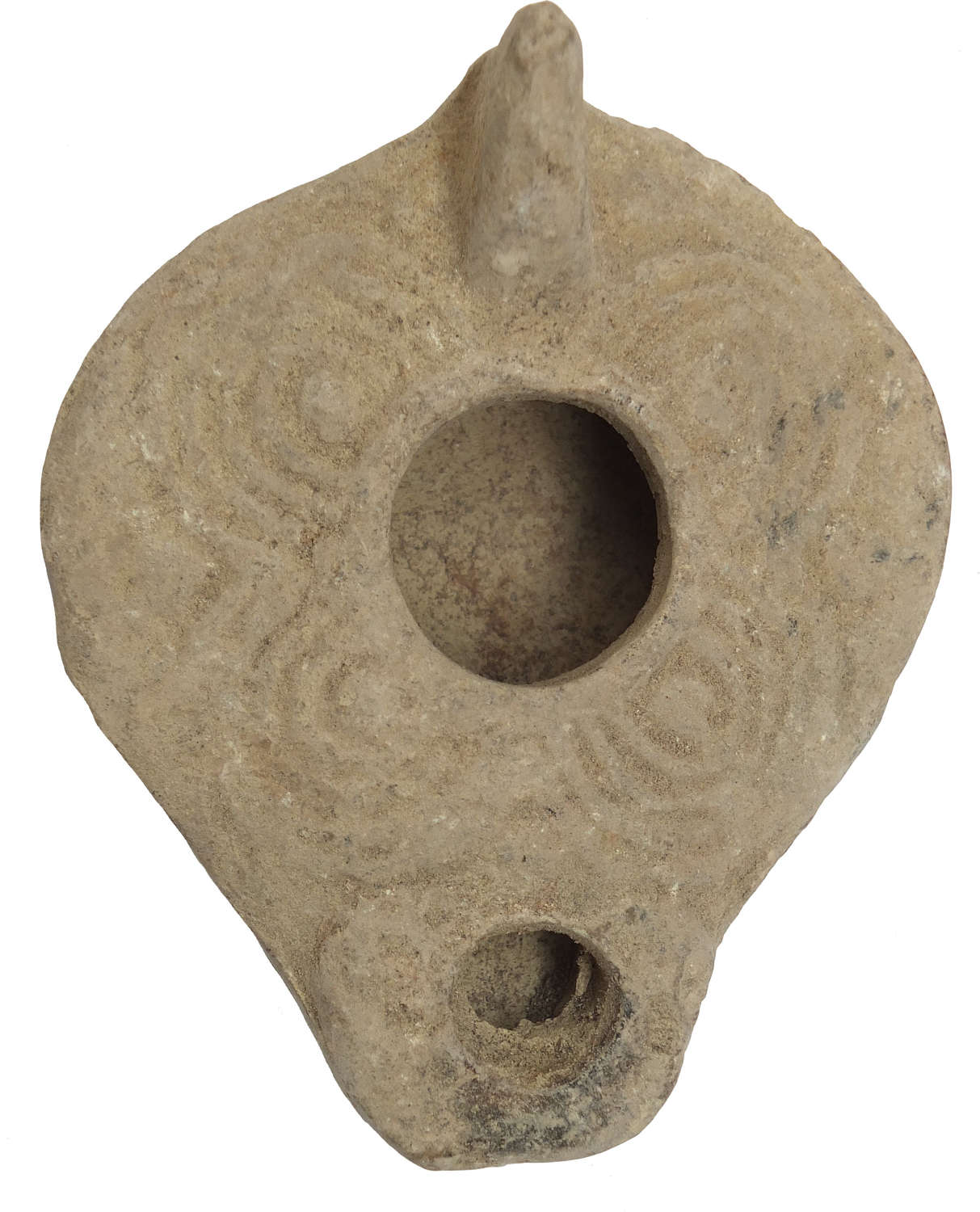 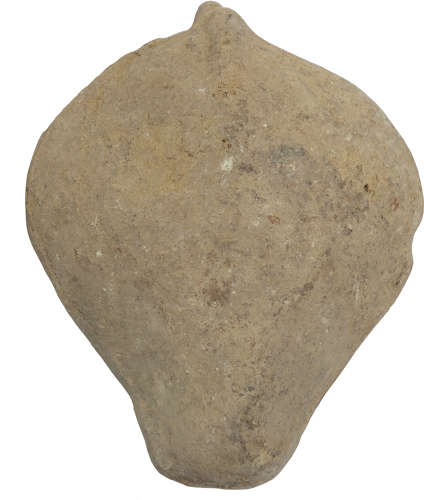 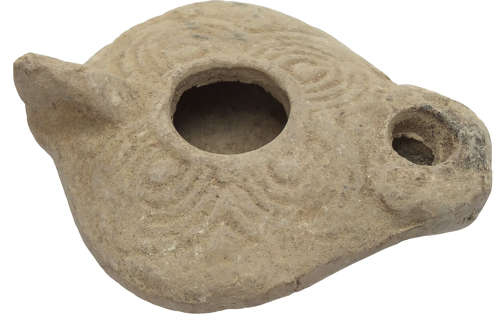 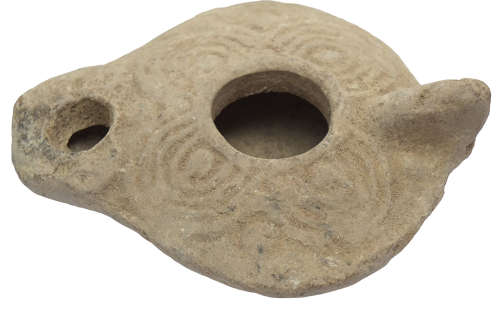 SOLD
Description: A fawn terracotta oil lamp of flattened form with stub handle, a moulded quatrefoil design around the central filler hole. Some earthy encrustation and overall surface wear, with some minor chips and some soot deposits around the wick hole, probably from Syria or Palestine.