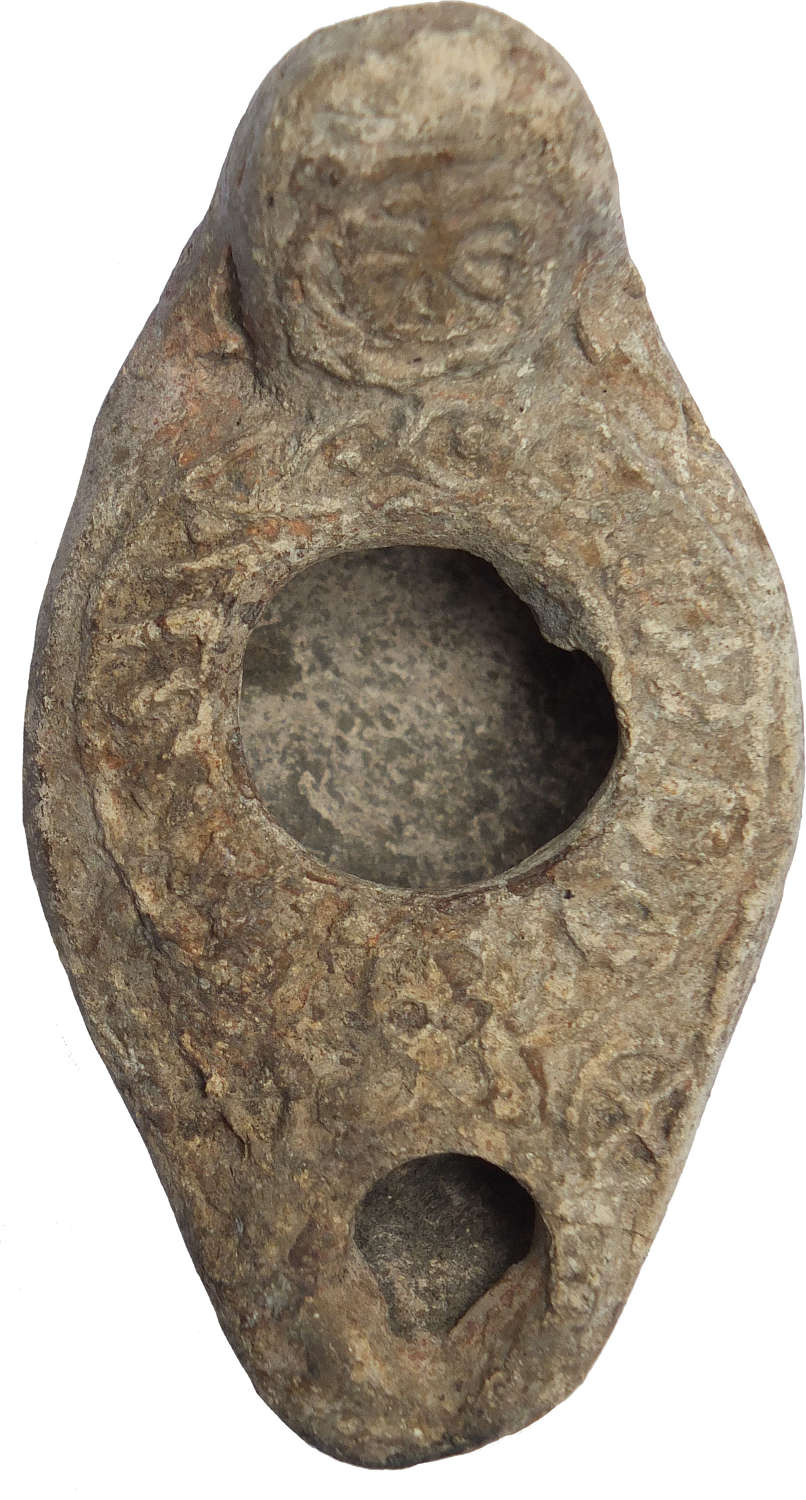 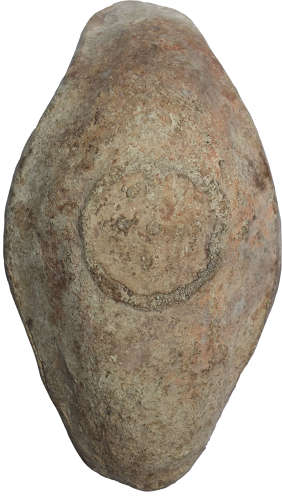 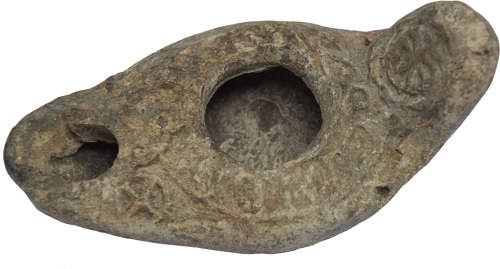 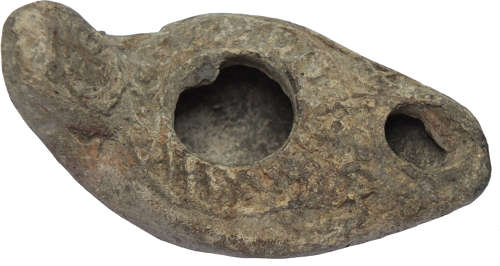 SOLD
Description: A Syro-Palestinian pottery oil lamp with thumb spur handle and a raised band containing oblique lines and geometric motifs surrounding the filler hole; a tree-like pattern within a circle on the handle and two four-spoke wheel designs on the shoulder behind the wick hole. Traces of soot close to the wick hole, the raised design worn and some discolouration, but sound, from the Levant, probably Syria or Palestine.