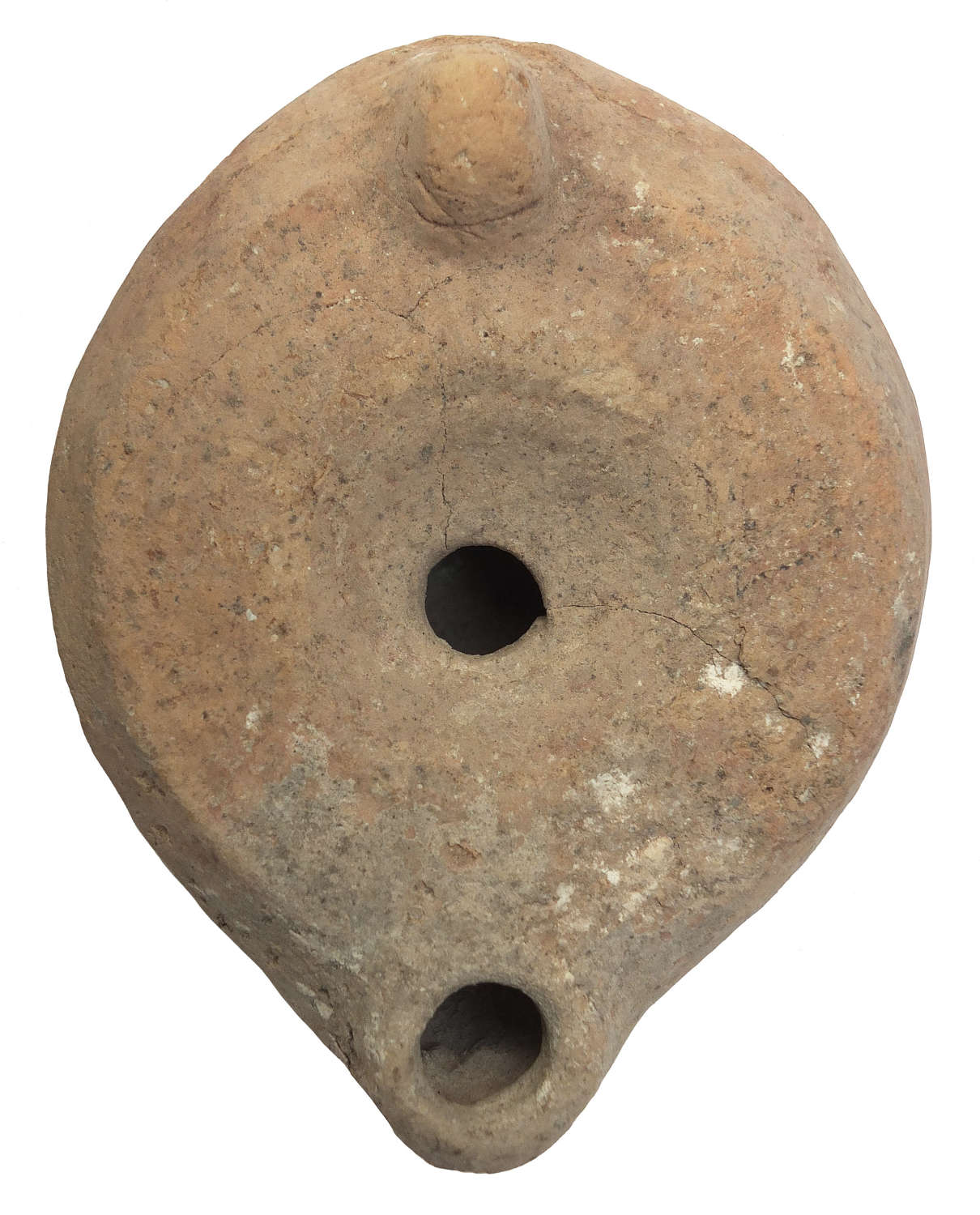 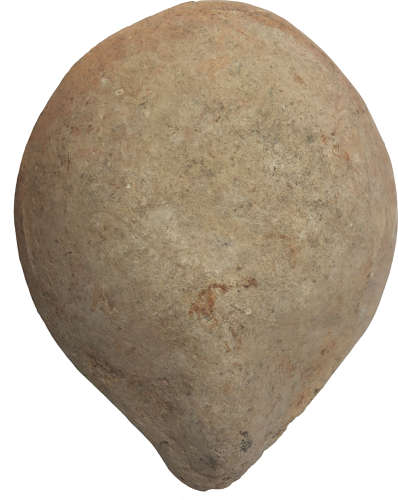 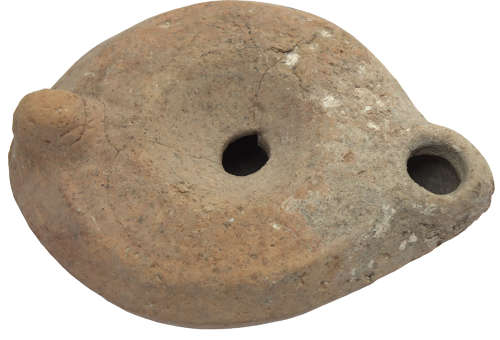 £48.00
Qty
Description: A orange-slipped pottery oil lamp with low lug handle and the discus decorated by concentric bands of circular pellets in low relief around the central filler hole, now very much worn. Some minor encrustation, wear to the slip, hairline cracks and overall surface wear, particularly to the upper surface, but sound, from the Levant, probably Syria or Palestine.