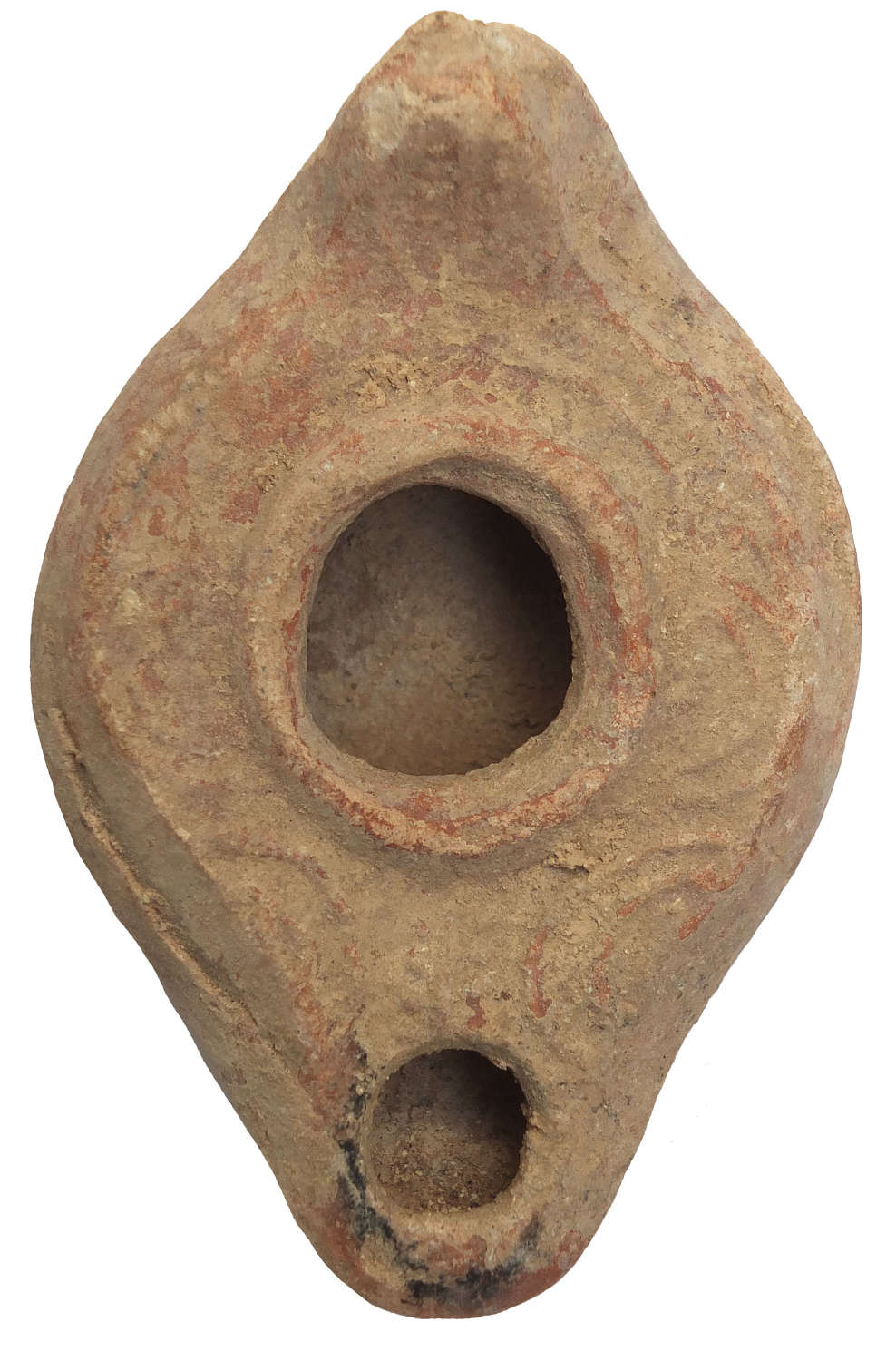 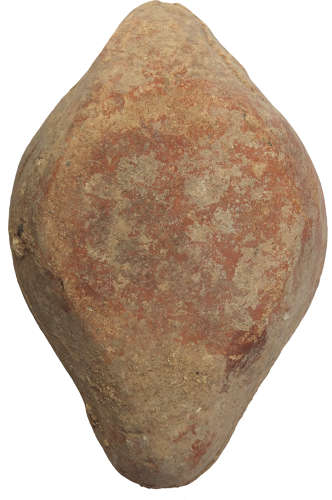 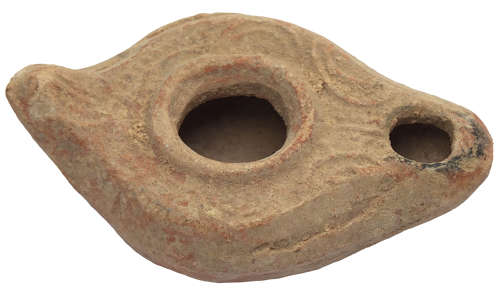 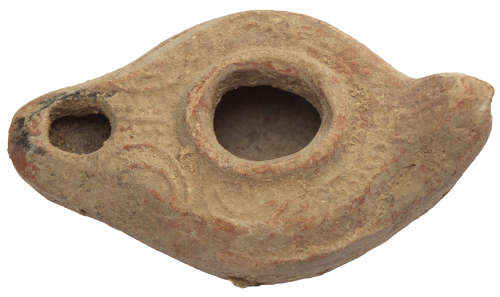 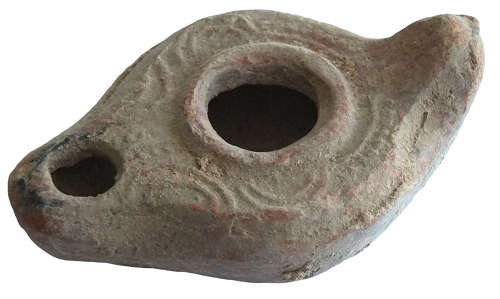 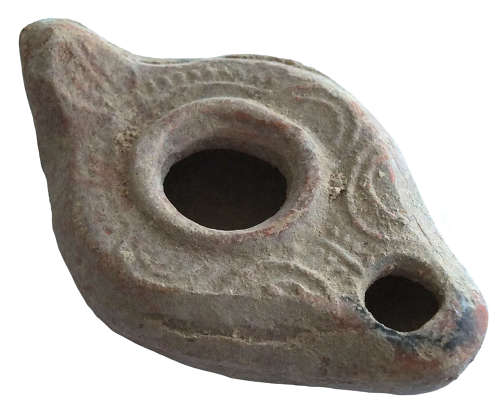 Description: A red-slipped pottery oil lamp with simple lug handle decorated with a palm frond, and the shoulder decorated with palm fronds and curvilinear lines in low relief. A palm frond modelled between the filler and wick holes. Some encrustation, worn slip and overall surface wear and traces of soot deposits around the wick hole, from the Levant, probably Syria or Palestine.