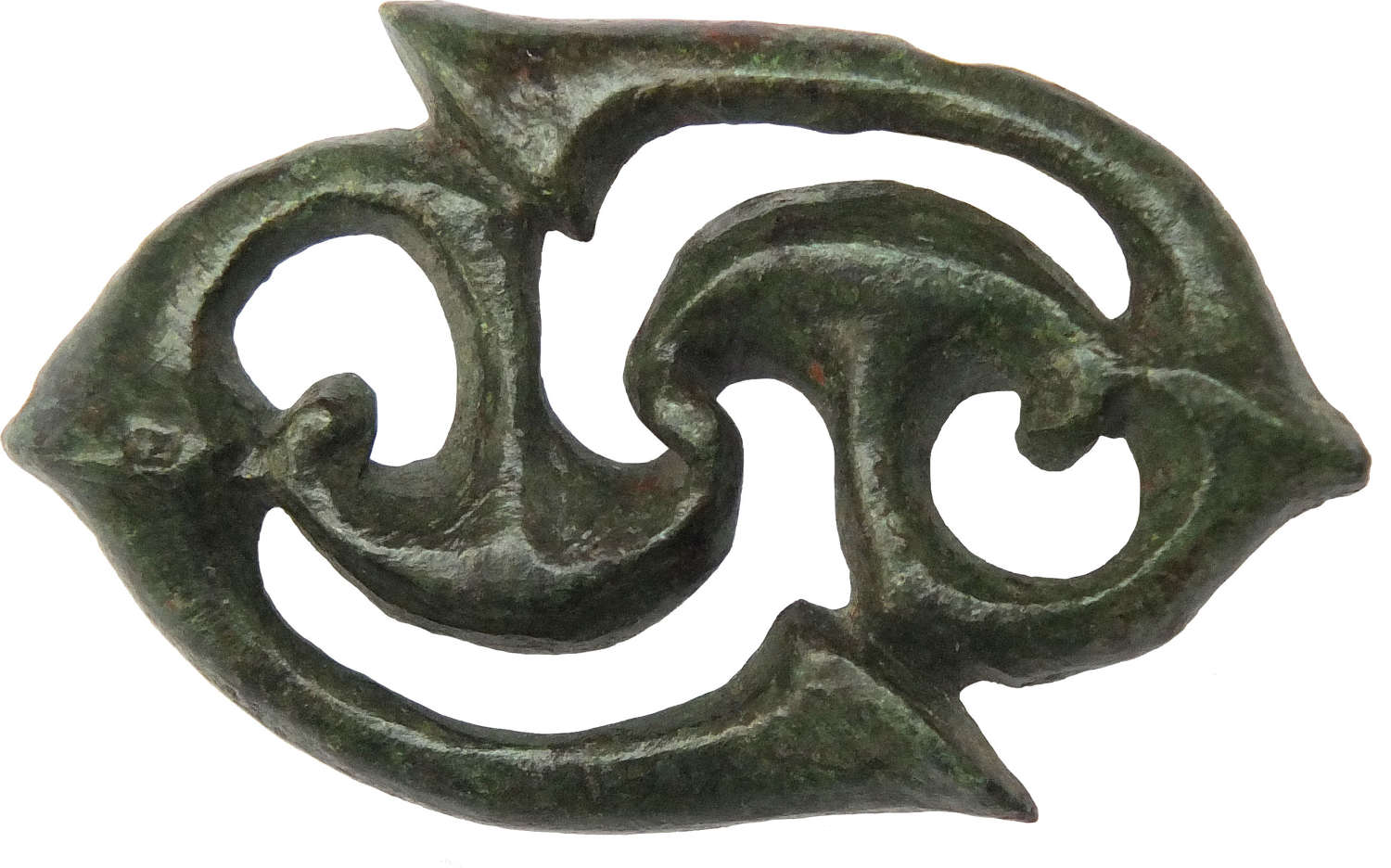 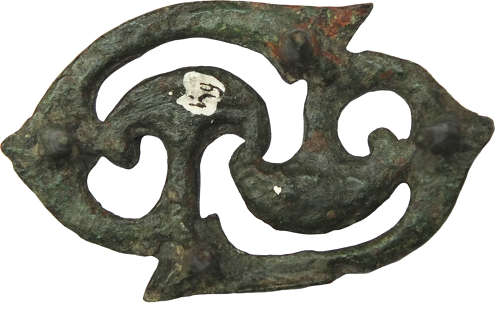 A Celtic bronze brooch in the form of conjoined war trumpets

£95.00
Qty
Description: A bronze brooch in the form of conjoined war trumpets in openwork design with a dark green patina, with four prongs on the reverse for attachment.