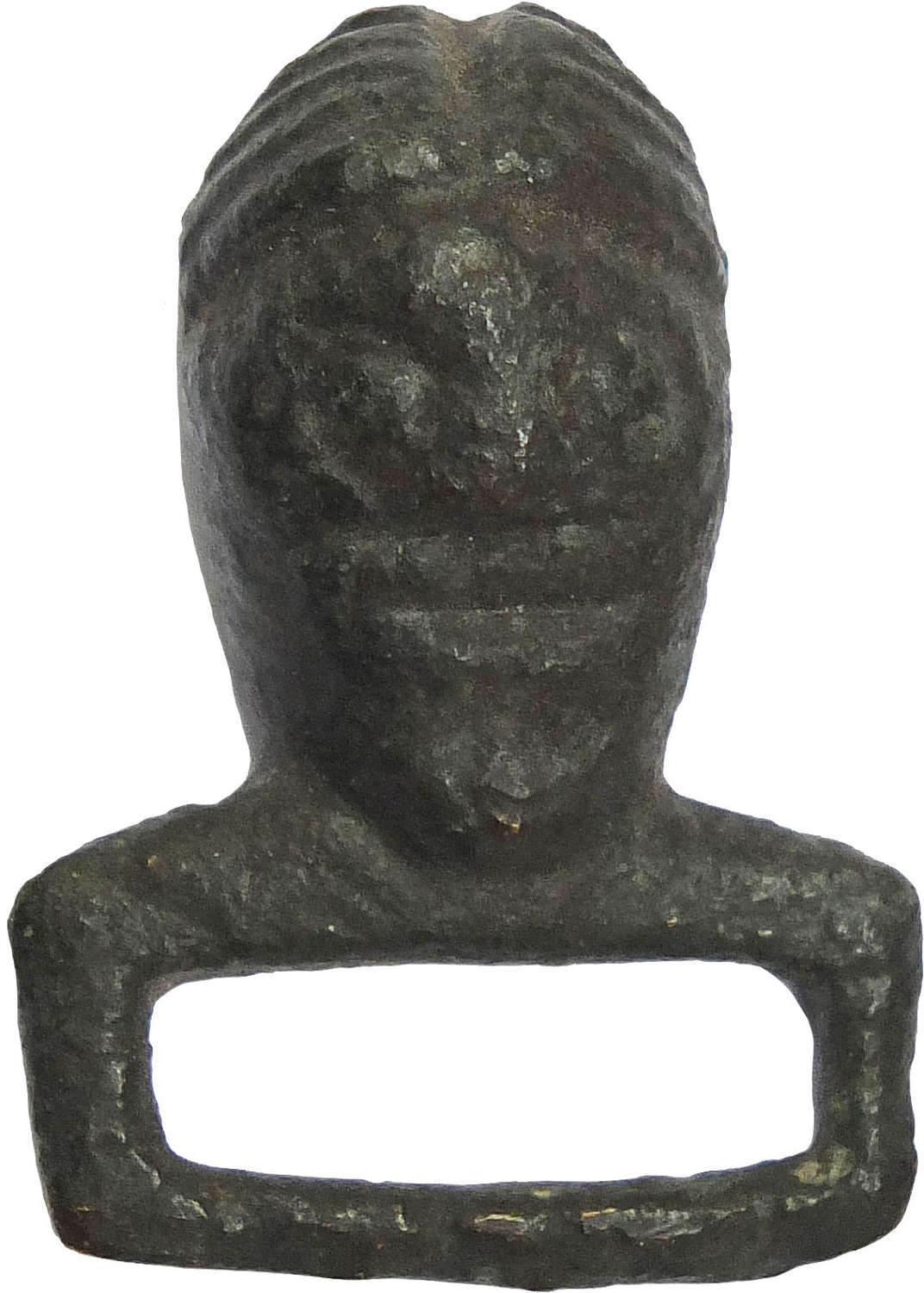 £95.00
Qty
Description: A bronze fitting perhaps from a harness, comprising a rectangular loop with stylised head attached, which has large round eyes, straight mouth and striated hair with a central parting. Flat back and with a dark green, almost black, patina.