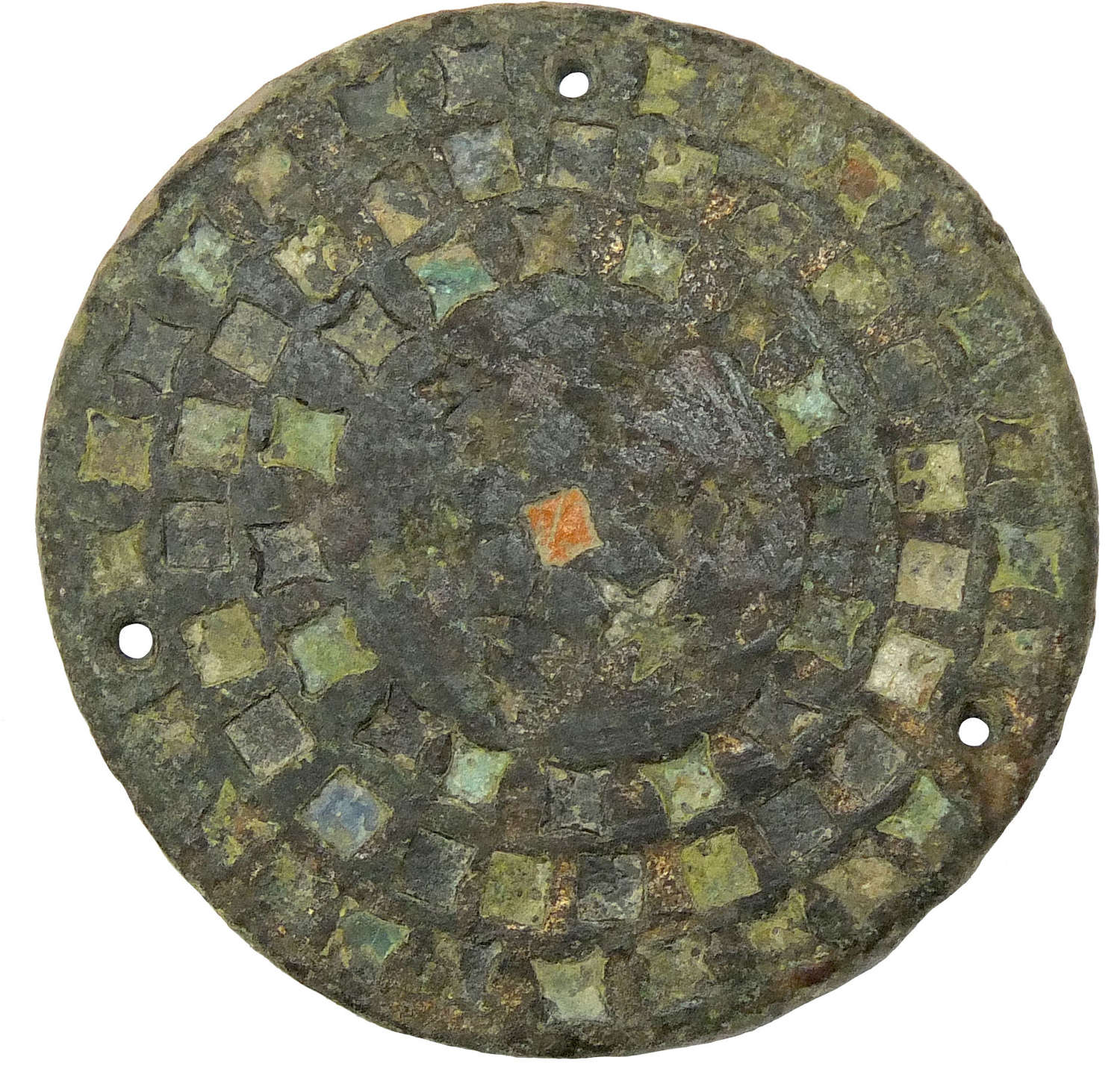 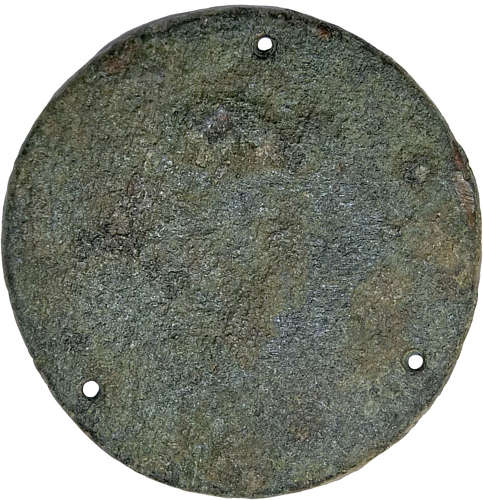 SOLD
Description: A circular bronze dress or harness fitting decorated on one side with inlaid green and blue enamel squares arranged in three concentric circles around a central red enamel square, the reverse plain. The disc pierced in three places for attachment and has a dark green brown patina.