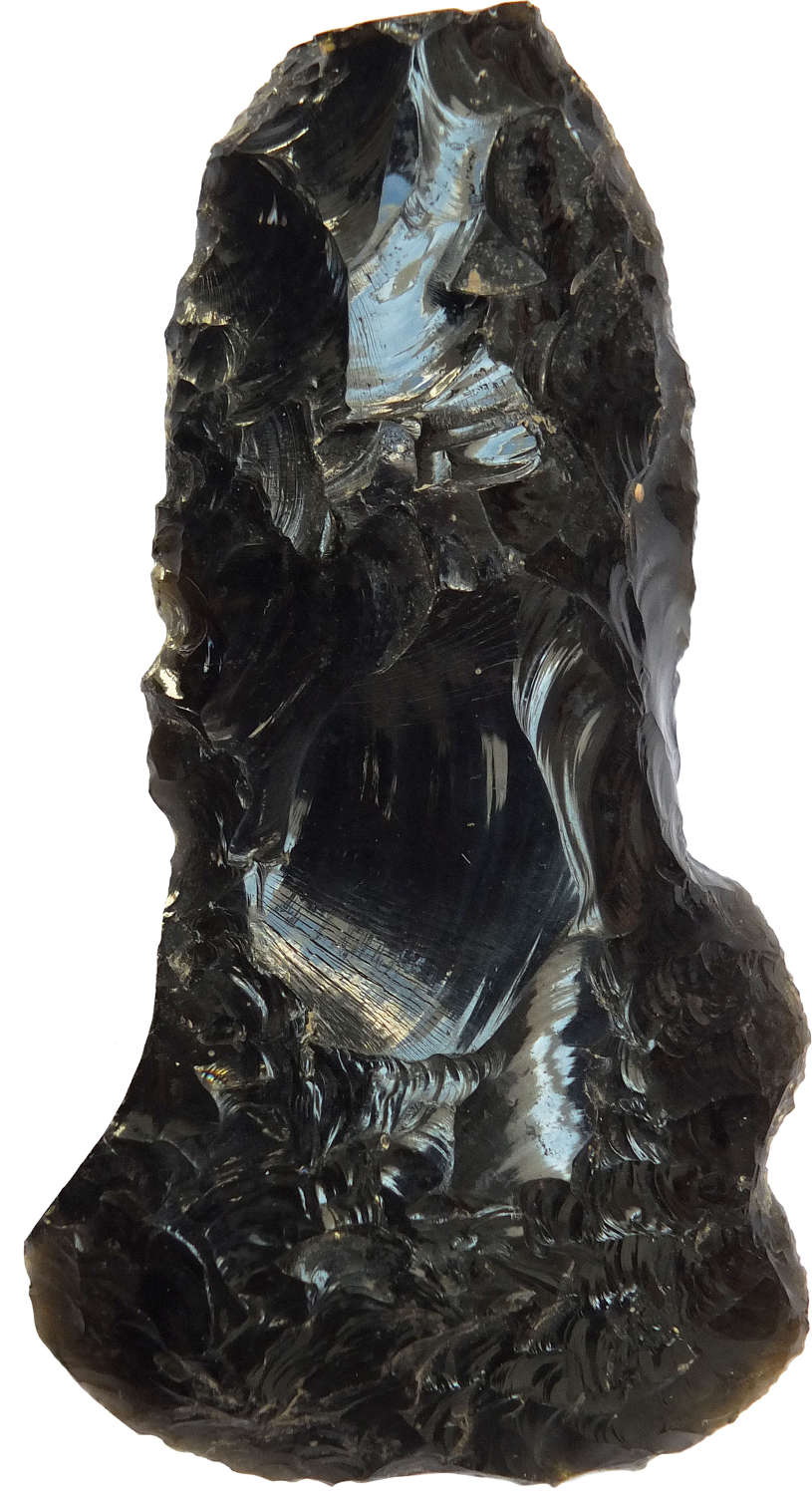 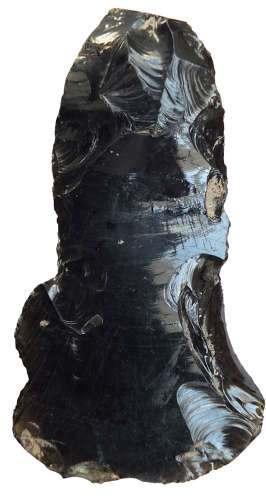 £70.00
Description: A good-sized obsidian end scraper or adze made from an elongate flake, some edge chips but a nice tactile implement.