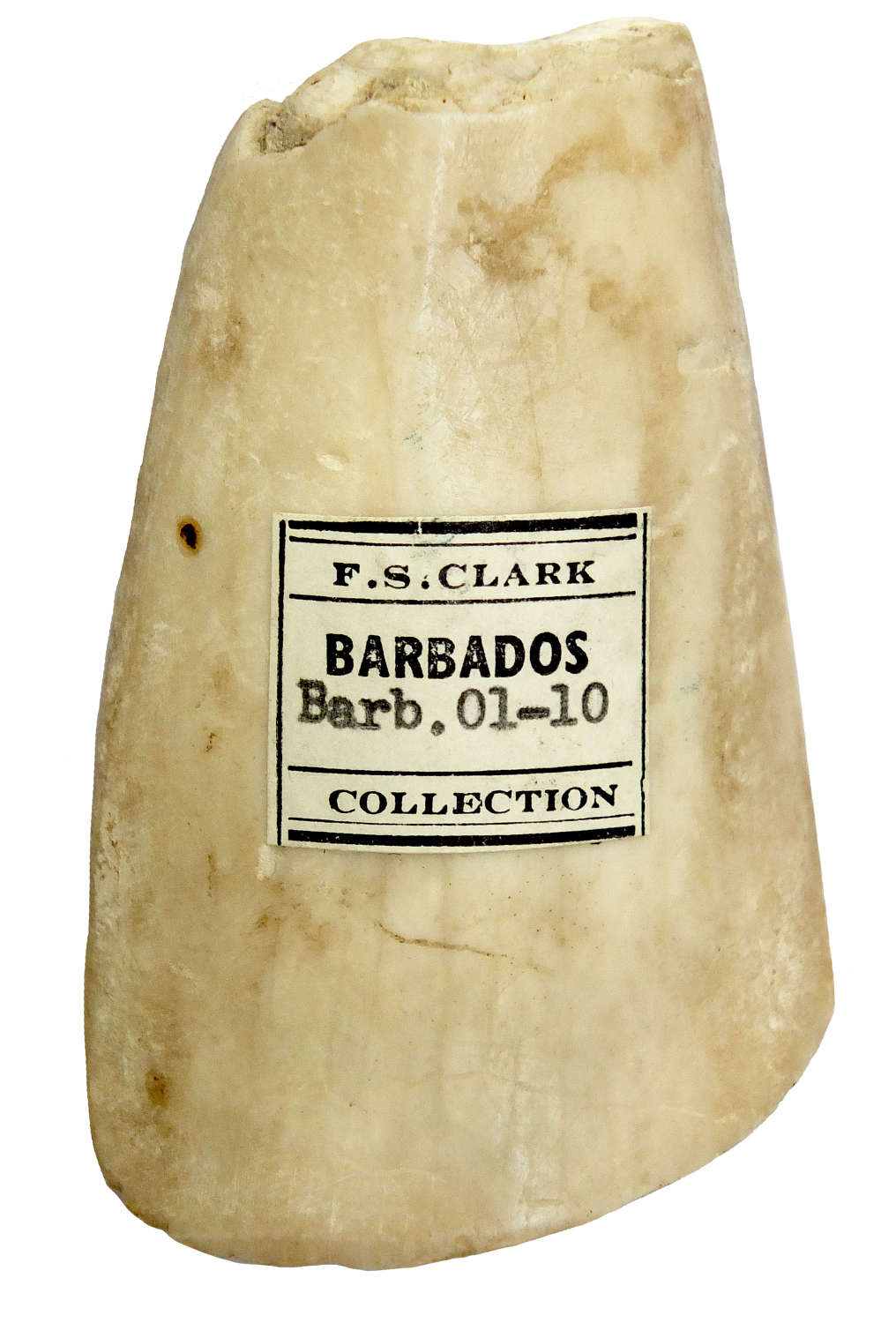 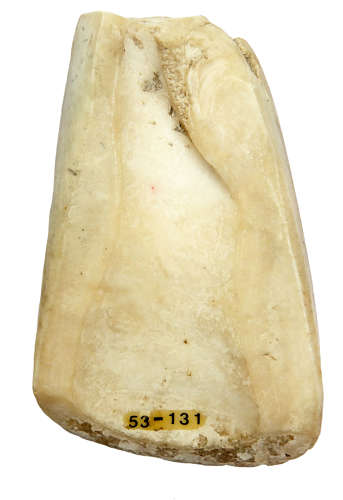 Description: A small shell adzehead with curved blade and plano-convex in cross-section, with a slightly asymmetric posterior taper and the butt damaged. Some tiny chips to the cutting edge and with a dull patina, otherwise condition good.

Notes: Tool quality stone is uncommon in Barbados given its predominantly limestone geology, hence the use of shell as a tool material by Amerindian inhabitants. Most shell tools were crafted from the great conch shell (Strombus gigas) and were probably used in cultivation. When a Portuguese expedition led by Pedro a Campos arrived on Barbados in 1536, the island’s Amerindians were apparently gone, perhaps wiped out by disease or by slavers. Amateur archaeological interest and collecting of the islands prehistoric shell artefacts dates back to the 18th Century when a brisk trade in shell tools developed, the tools often found in gullies and fields by agricultural workers.