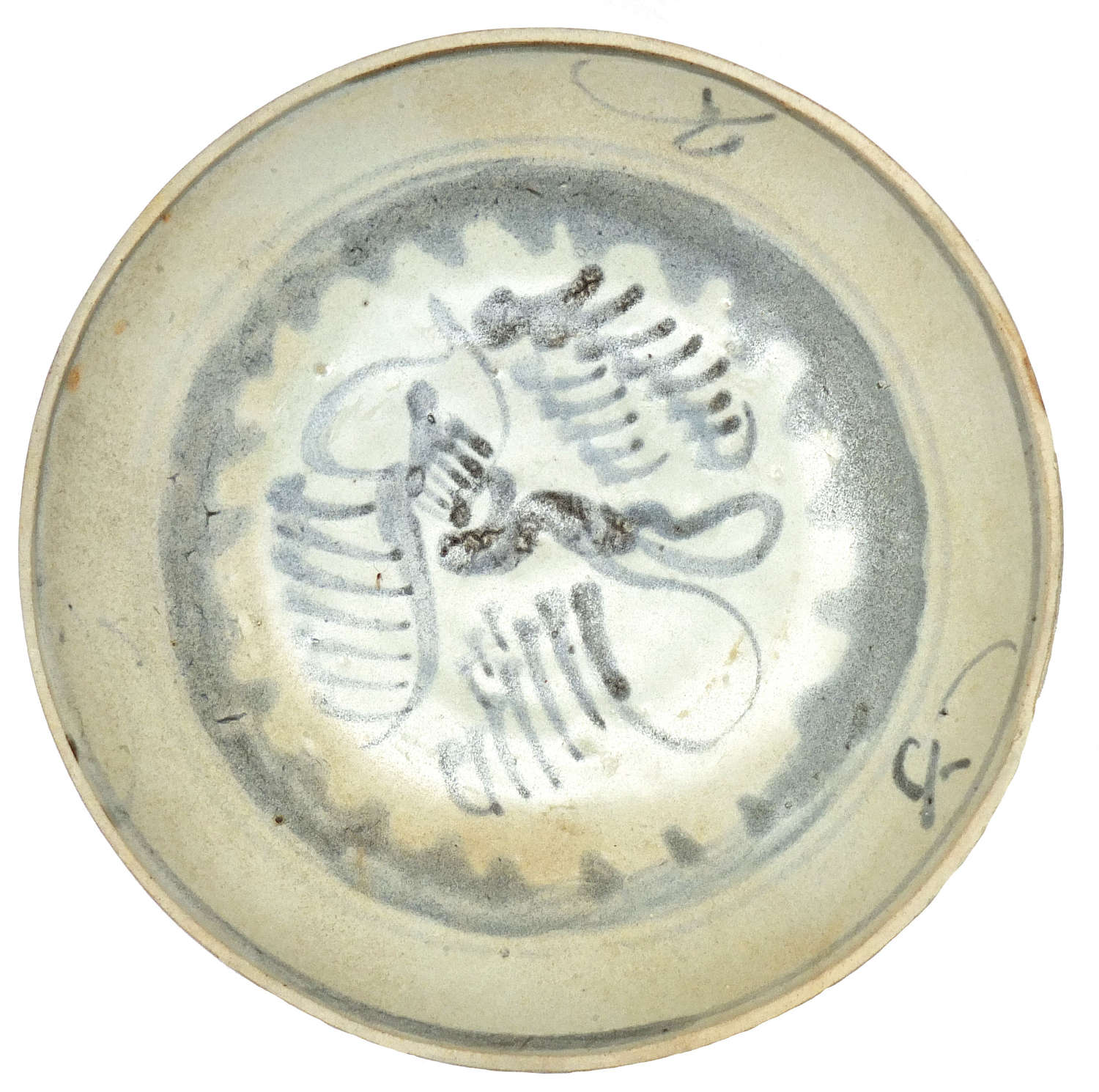 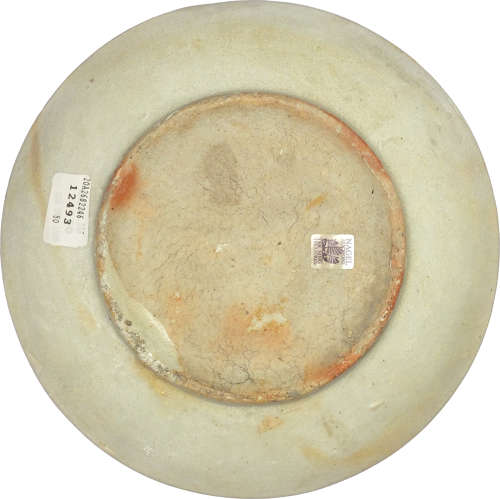 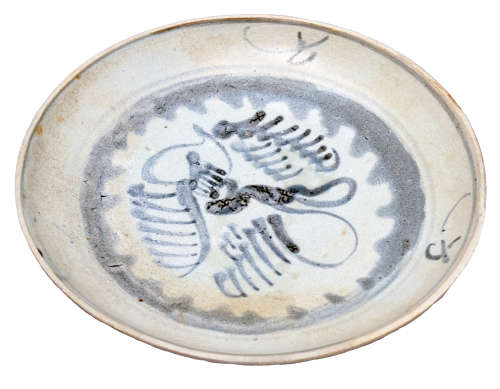 £125.00
Qty
Description; A Tek Sing shipwreck blue and white glazed porcelain plate, the interior decorated with a stylised depiction of a Chinese phoenix or Fenghuang bird with a surrounding wave pattern possibly representing clouds or air. The glaze dulled from its time underwater, but a nice example of this rarer design. The reverse in good condition with Nagel Auctions Tek Sing Treasures auction label attached.

Notes: Fenghuang were mythological birds that ruled over the avian kingdom in Far Eastern mythology. Chinese tradition saw them as living in mountains in northern China. Male birds were originally called feng and the females huang, although the birds became to be seen as a single female entity that could be paired with the male Chinese dragon. Fenghuang birds were visualised as composites based on several birds and the body parts were seen as representing celestial bodies.

The Tek Sing (meaning ‘True Star’) shipwreck was a large Chinese ocean-going junk that was wrecked on a reef on the Belvidere Shoals, Gaspar Straits, Indonesia, in the South China Sea, in 1822, whilst on route from Xiamen (then known as Amoy) in Fujian, China, to Batavia, Dutch East Indies, the cargo ultimately intended for European markets. The wreck was discovered by British marine salvor Michael Hatcher in May 1999. His team recovered around 350,000 pieces of porcelain from the wreck – the largest recovery of Chinese shipwreck ceramics to date. The cargo was auctioned by Nagel Auctions in Stuttgart, Germany, in November 2000.