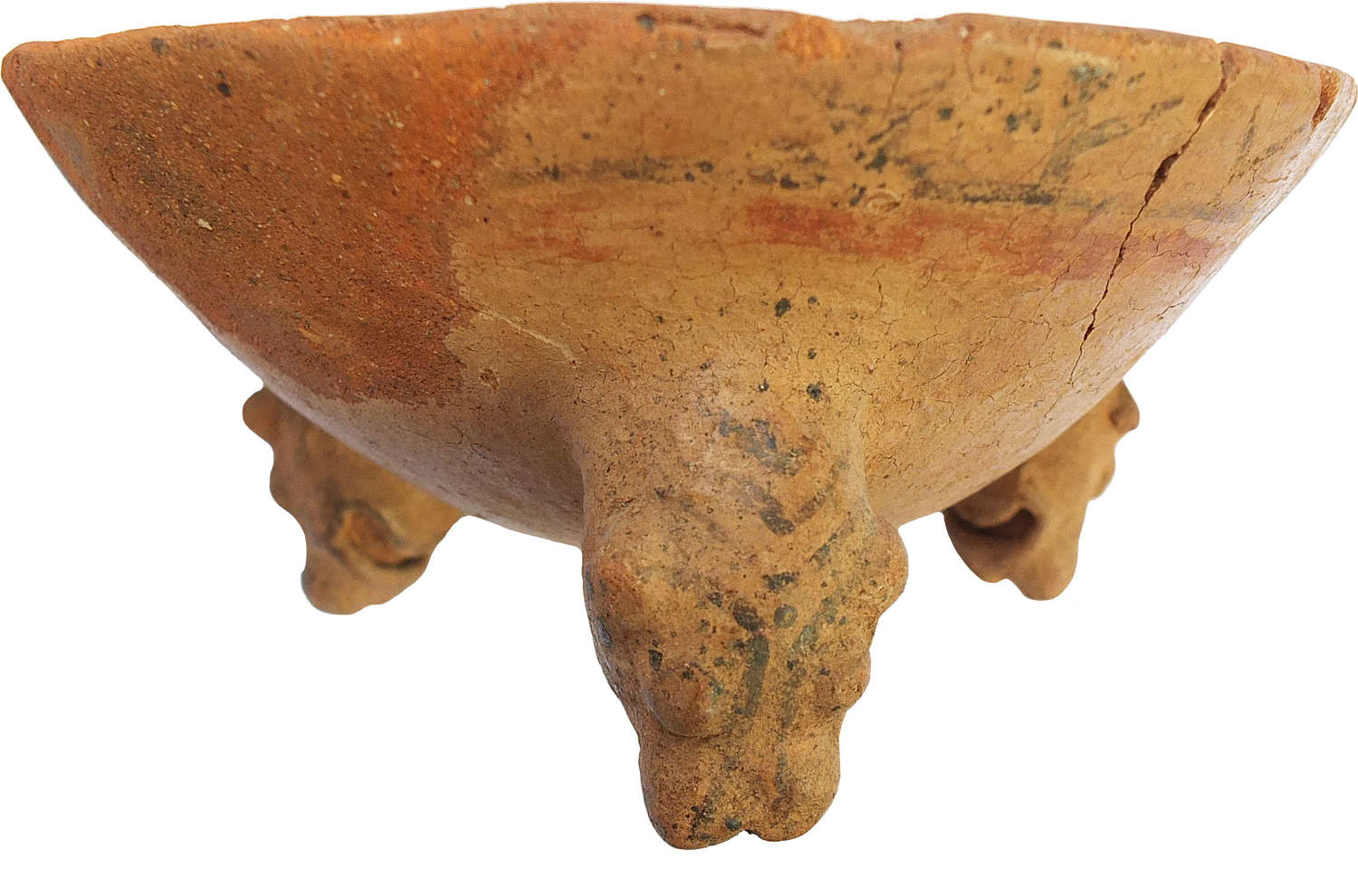 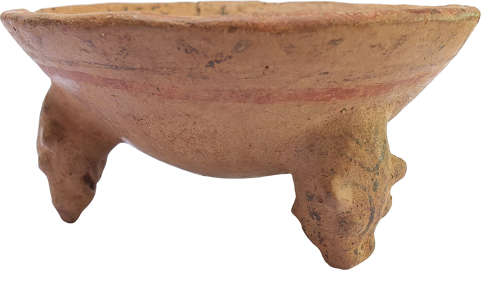 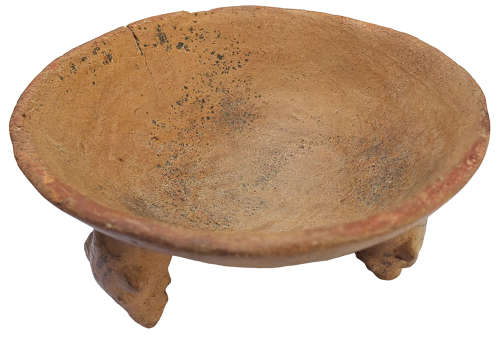 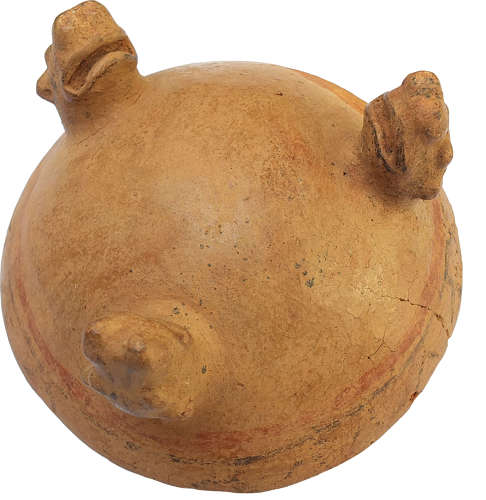 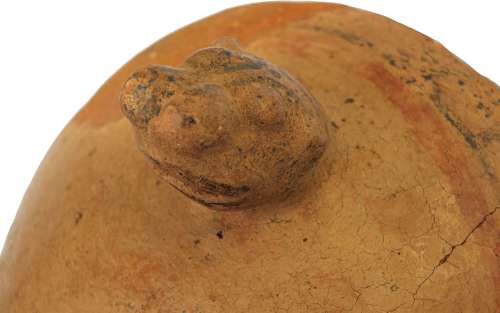 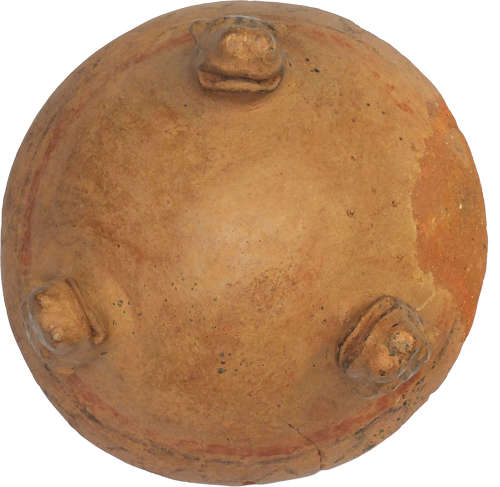 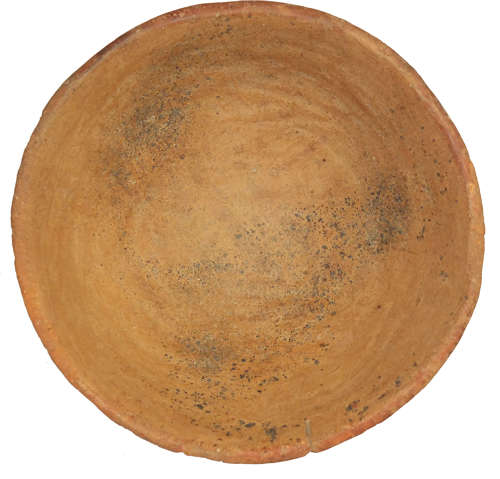 £225.00
Qty
Description: An orange terracotta tripod bowl, the feet modelled as animal heads, with pale orange slip, traces of a black decorated band around the exterior of the rim with an orange line beneath. Traces of black decoration on the animal head feet. Scattered manganese spots particularly in the interior of the bowl. The bowl shows overall surface wear with a worn patch below the rim on one side exposing the dark orange pottery fabric, some shallow rim chips and a crack to the rim but sound.