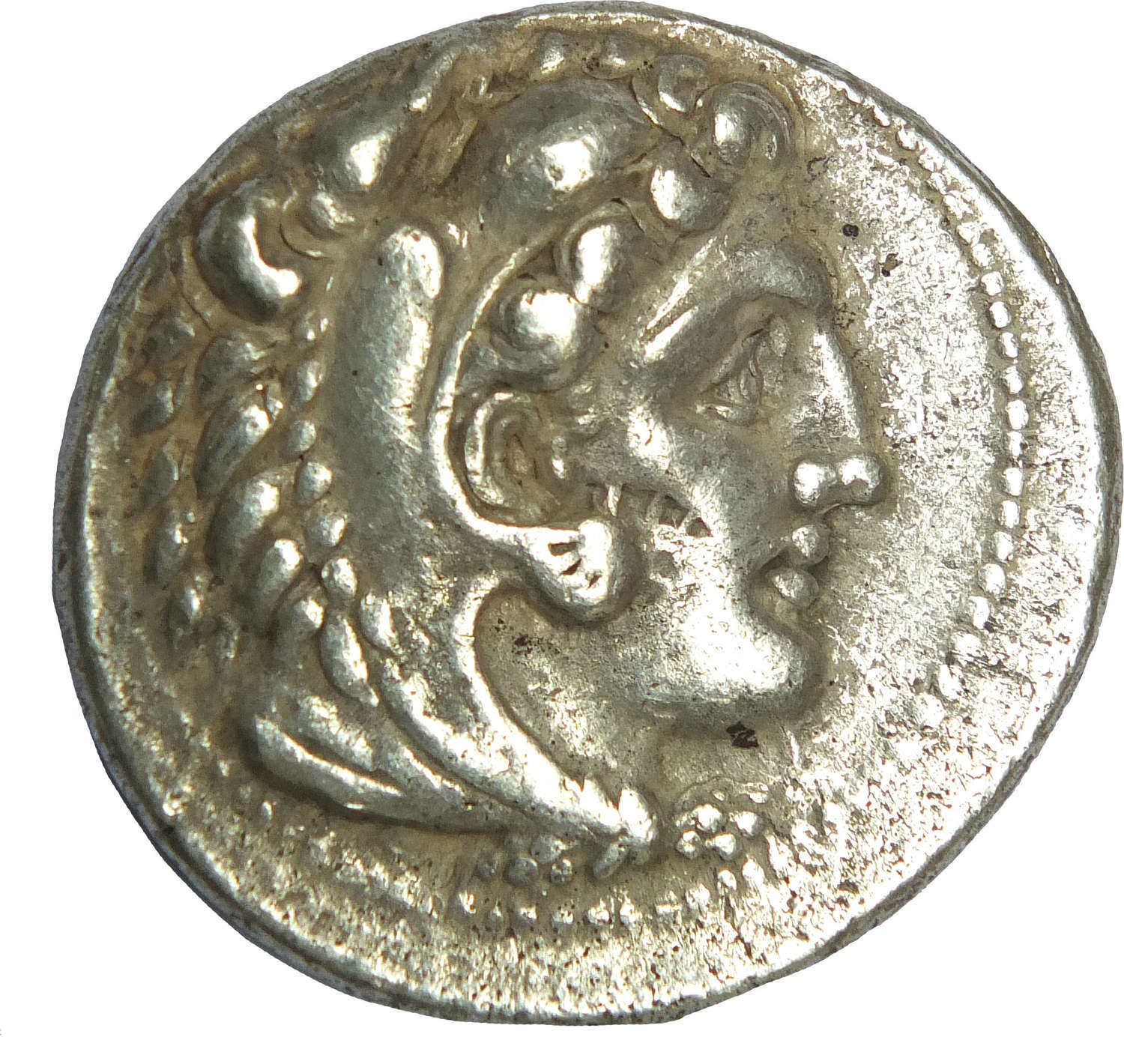 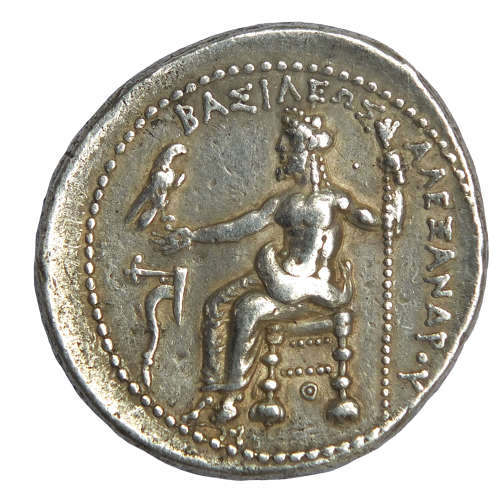 £285.00
Qty
Description: A silver tetradrachm of Alexander the Great (356-323 B.C.) with profile of Herakles facing right wearing lion’s skin headdress on the obverse, and Zeus sitting on stool, facing left, with legs side by side, holding a scepter and eagle on the reverse, with symbols in the field and the inscription ALEXANDROU BASILEOS (of Alexander the King), large flan type. Some wear but overall a nice coin.

Provenance: From the estate of a deceased London collector.

Background: The collector, who worked as a buyer for Fortnum and Mason, Piccadilly, London, built up a fine collection of coins and antiquities purchased from leading London dealers.

Notes: Tetradrachms of Alexander showing Zeus with legs side by side are sometimes interpreted as lifetime issues, while those showing Zeus with crossed legs are often described as posthumous issues. However, numerous exceptions are known. Despite Zeus’s legs being side by side on this example, the large flan and use of the title BASILEOS (King) suggests a posthumous date is possible. Coins with the title King are thought unlikely to have been minted on mainland Greece.