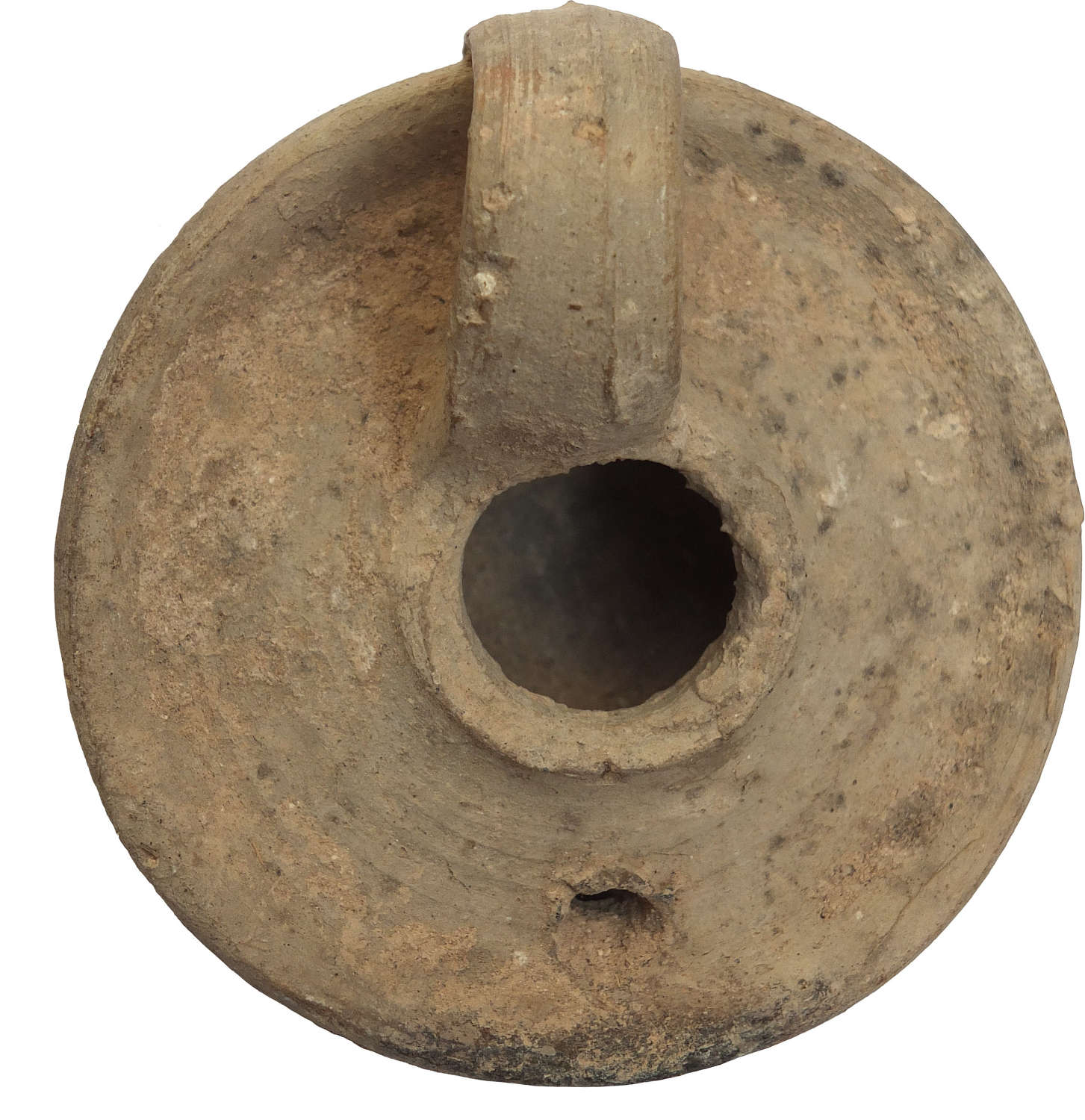 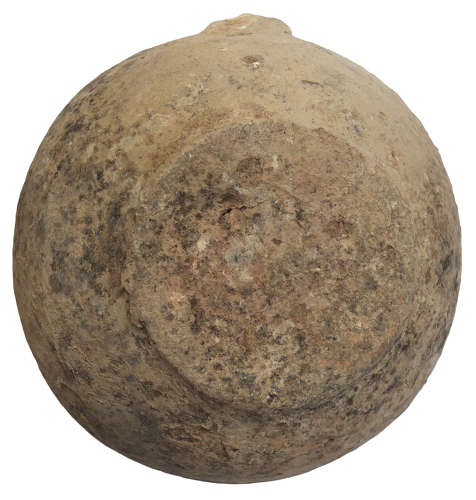 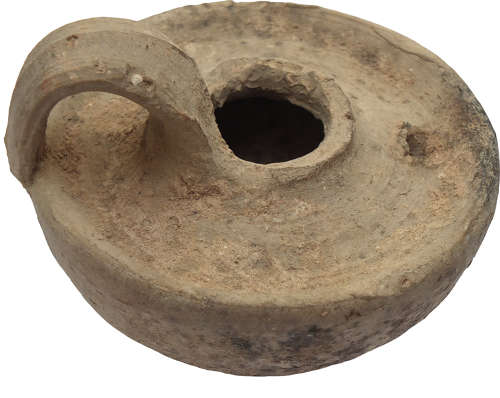 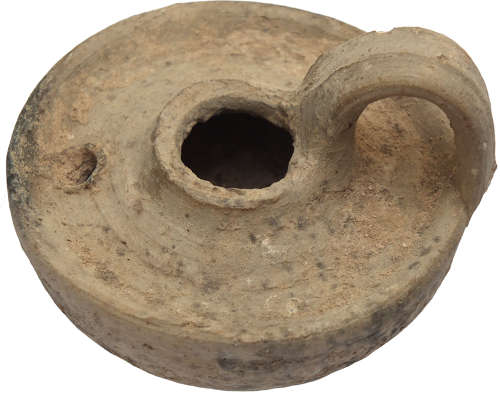 £65.00
Qty
A circular fawn pottery oil lamp with high-arched handle, some earthy encrustation, some patchy wear particularly on the underside and traces of soot deposits near the wick hole, but a nice example of the type, from the Levant, probably Palestine or Syria.