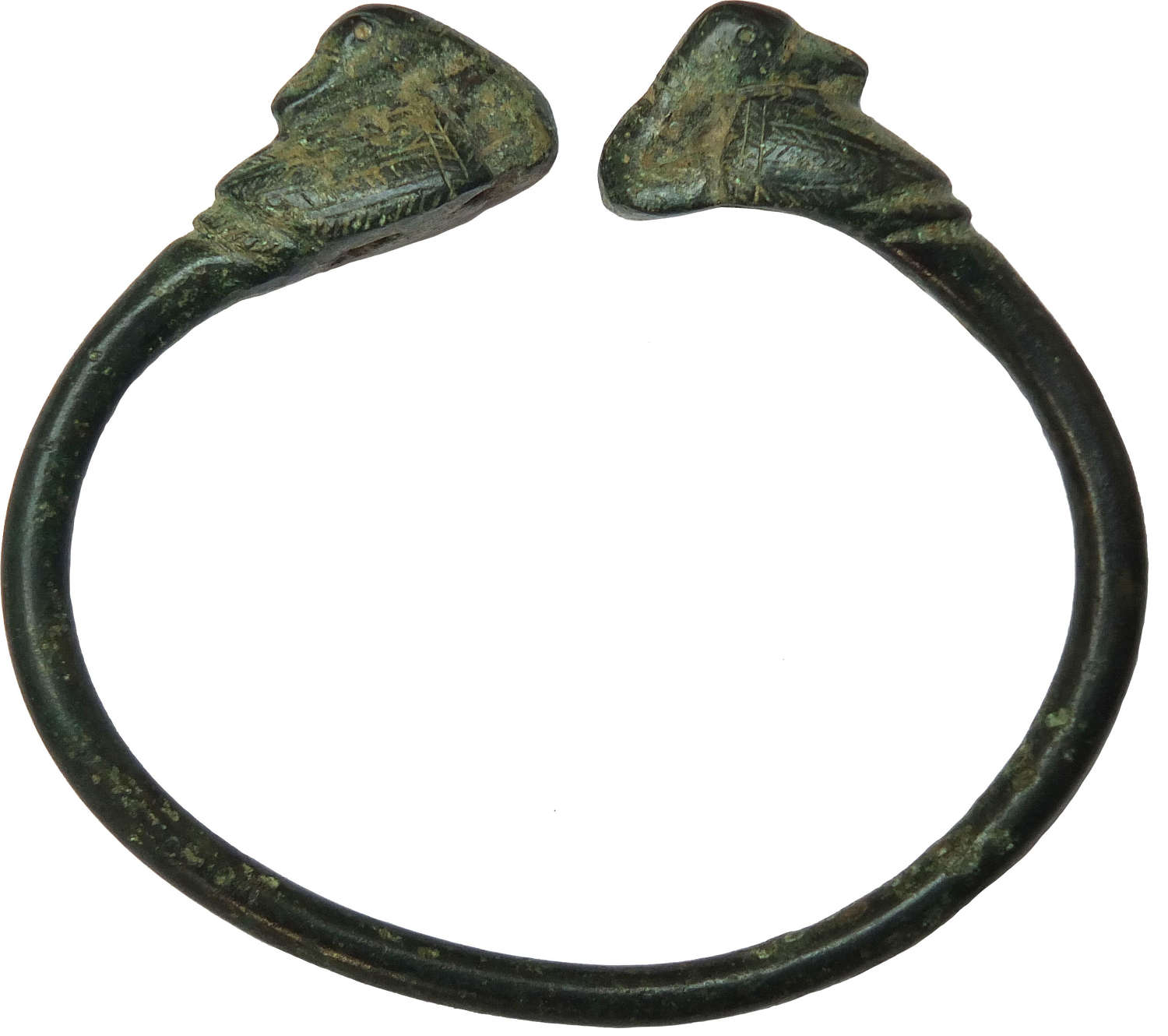 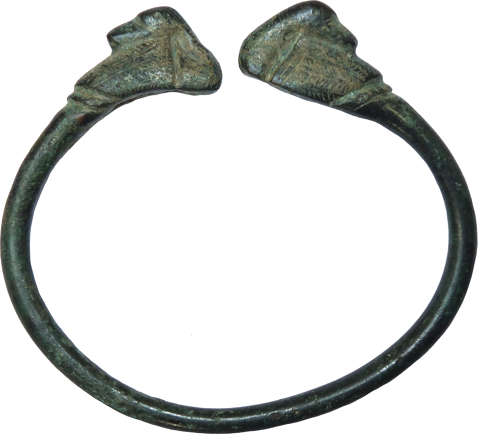 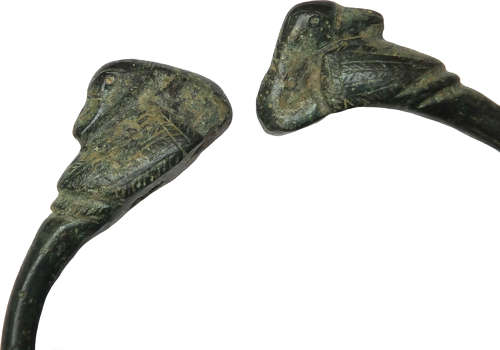 A Luristan bronze bracelet, the terminals modelled as sleeping ducks

£225.00
Qty
Description: A bronze bracelet with the terminals modelled as sleeping ducks with their heads turned over their backs, the hoop plain and circular in cross-section. The bracelet has a dark green patina and a nice example of the type.