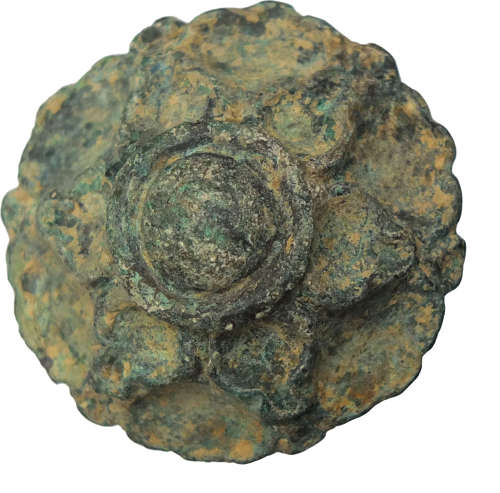 A Near Eastern bronze pin with a large domed rosette terminal