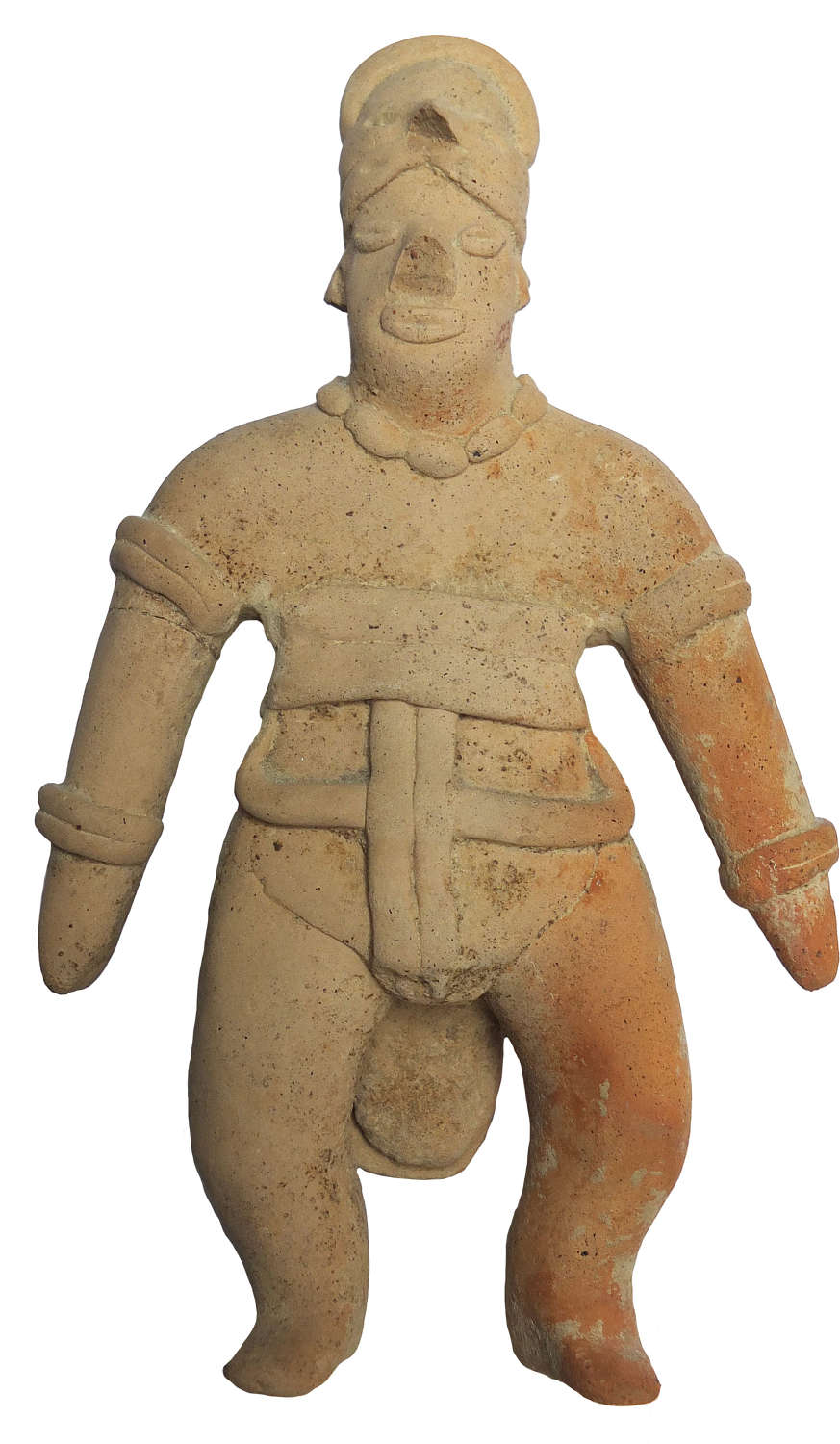 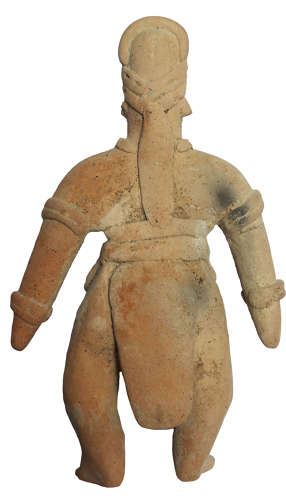 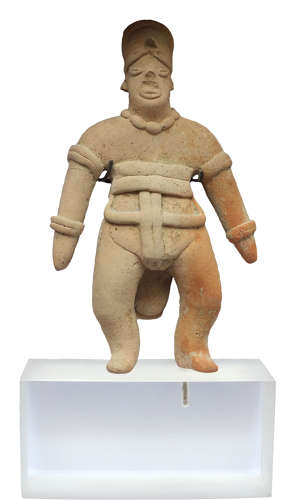 £395.00
Qty
Description: A good-sized Colima buff terracotta standing figure wearing a cap and loincloth with long backflap, with armlets and bracelets on each arm, a necklace of large beads around the neck. The nose chipped, one arm repaired below the shoulder and patchy worn orange slip, but a nice figure, west Mexico.

Background: James Alan Davie was a Scottish painter and musician, renown for his abstract expressionist paintings, which were strongly inspired by Zen philosophies. Examples of his work are held in many national museums and collections worldwide, including the Peggy Guggenheim Museum in Venice, The Museum of Modern Art in New York, the Tate Modern Gallery in London, and the Stedelijk Museum in Amsterdam, amongst others. A striking figure in later life with a thick mane of white hair and flowing beard, he resembled God as depicted in the creation scene on the Sistine Chapel ceiling. He was fascinated by the power of ancient art and borrowed freely in his compositions from cultures that valued the mythic, mysterious and poetic. He was appointed a Commander of the Most Excellent Order of the British Empire (CBE) in 1972 and elected a senior Royal Academician in 2012.