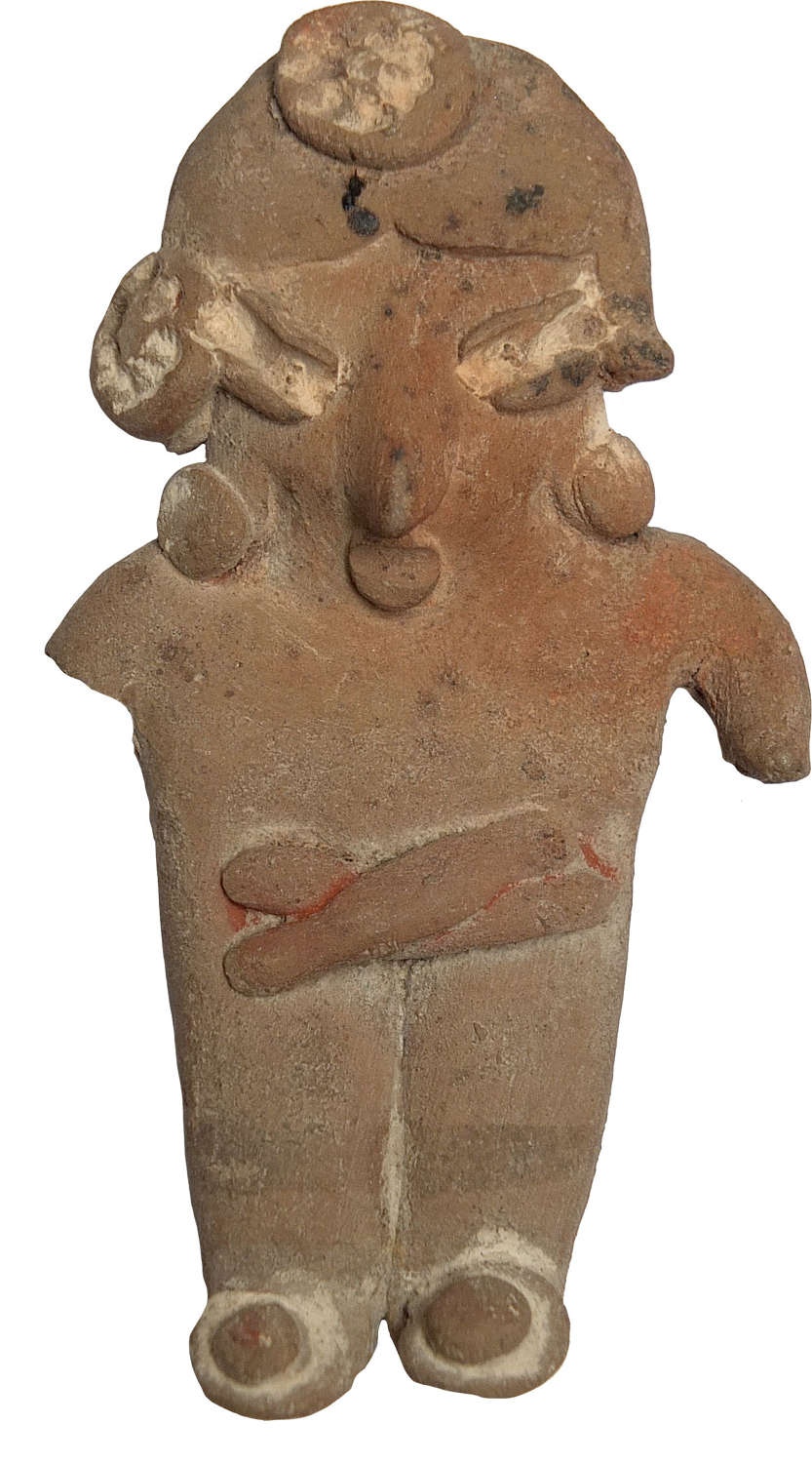 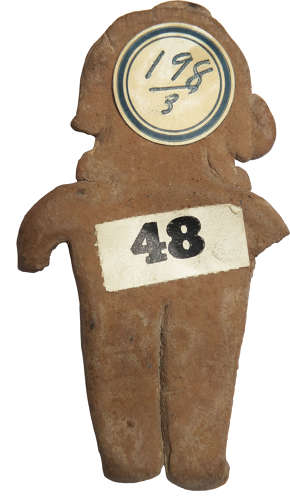 £225.00
Qty
Description: A Chupicuaro brown pottery figure with slanting eyes and wearing ear spools, with two rosettes on the hair. A ?loincloth covering the genital area. Traces of white pigment on the eyes, rosettes and shoes and traces of red pigment on the face and upper body. One arm broken below the shoulder, otherwise condition good. Two collectors or auction labels glued to the reverse.