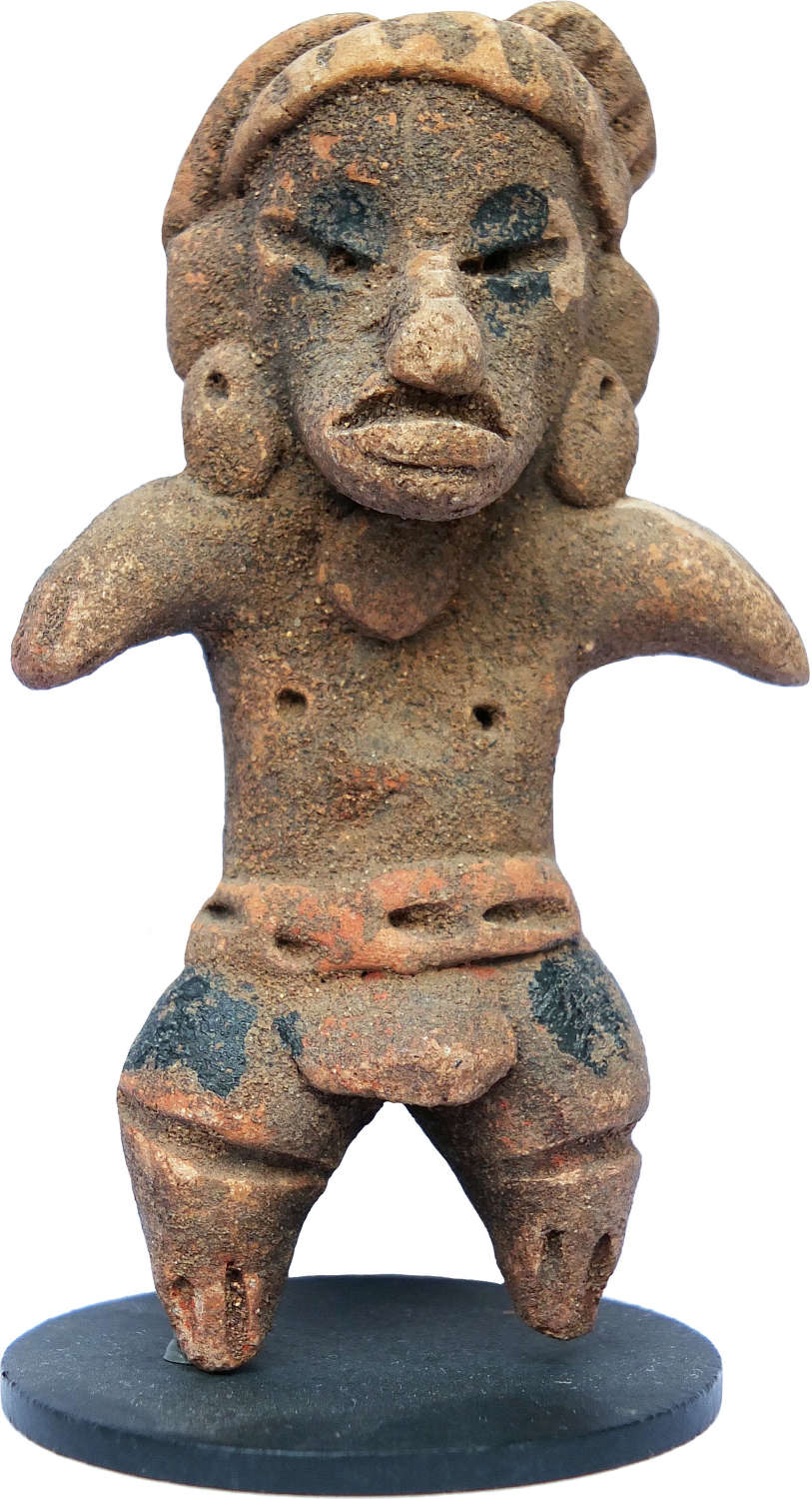 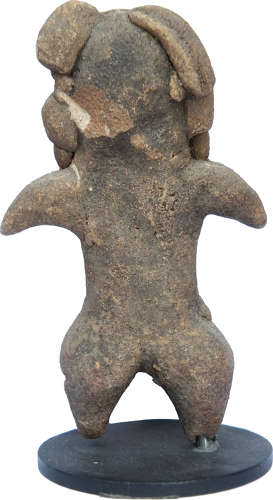 SOLD
Description: A Vera Cruz terracotta warrior figure with an enlarged head and expressive grimace, with dark red slip. The figure wears a girdle and loin cloth, is bare-chested with pierced nipples, has a circular pendant below the neck and wears ear spools and a head band. Some black chapapote around the eyes and above the knees. Some minor wear to the slip, particularly on the nose, a shallow chip to the back of the head, otherwise condition good and a nice example.

Mounted on a black circular base.