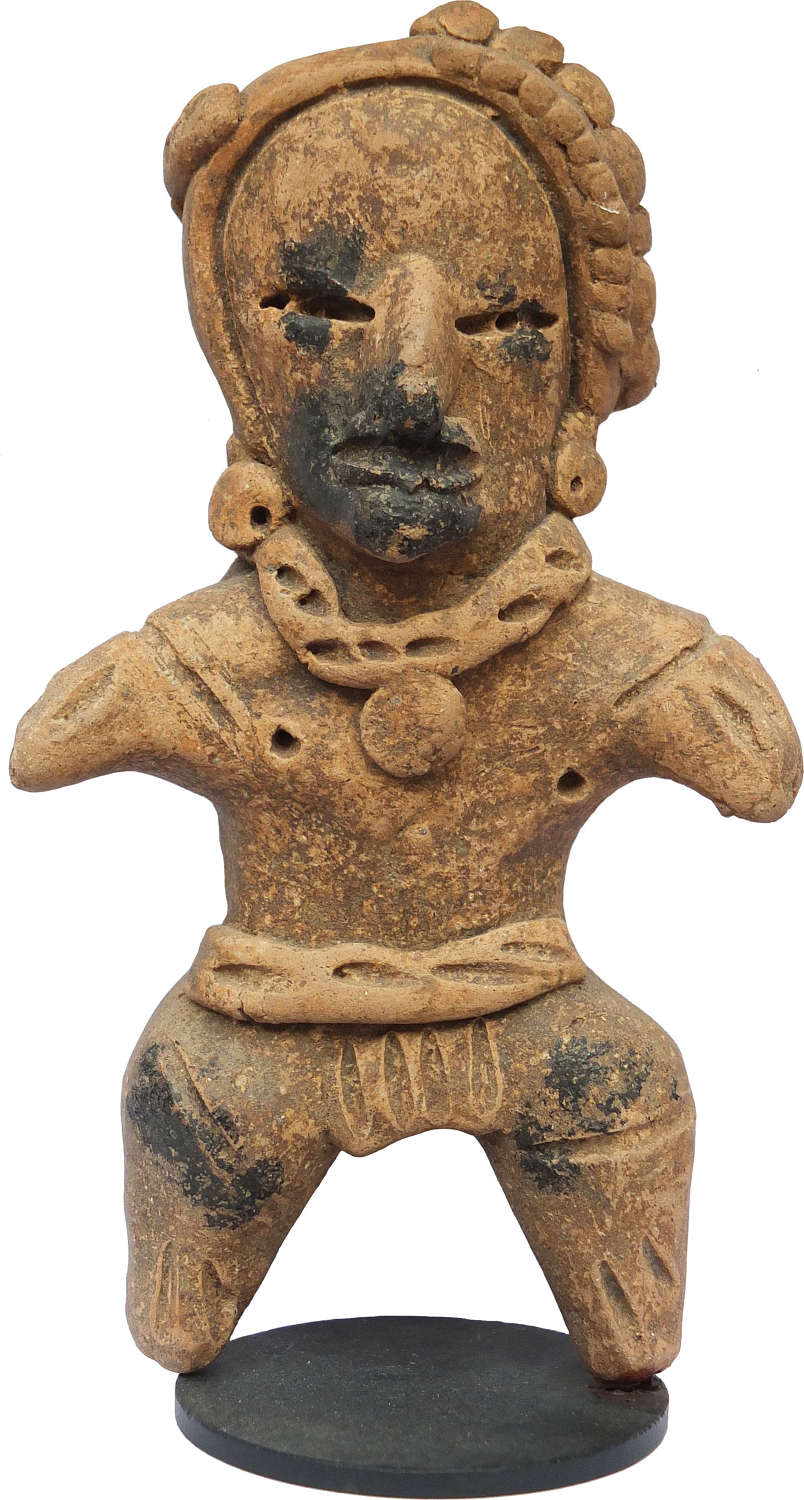 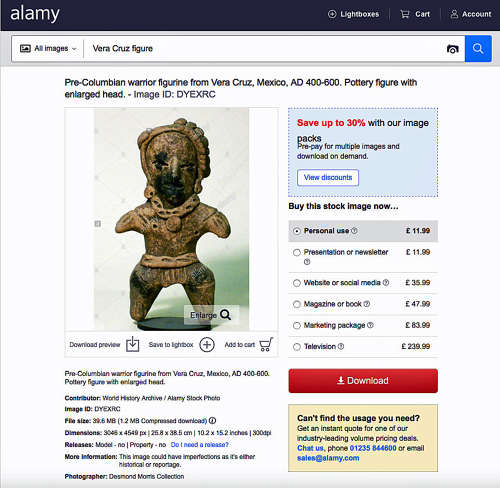 £395.00
Qty
Description: A Vera Cruz terracotta warrior figure with an enlarged head and with dark red slip. The figure wears a girdle and loin cloth, is bare-chested with pierced nipples, and wears a thick applied necklace with circular pendant. The head has circular ear spools and a lobed headdress. Some black chapapote smeared on the chin and mouth, around the eyes and above the knees. Overall wear to the slip, particularly on the arms, some shallow chips on the reverse, and losses to the headdress, but overall a nice example.

Notes: This particular figure is available as an Alamy stock image for which rights to publish can be purchased.

Mounted on a black circular base.