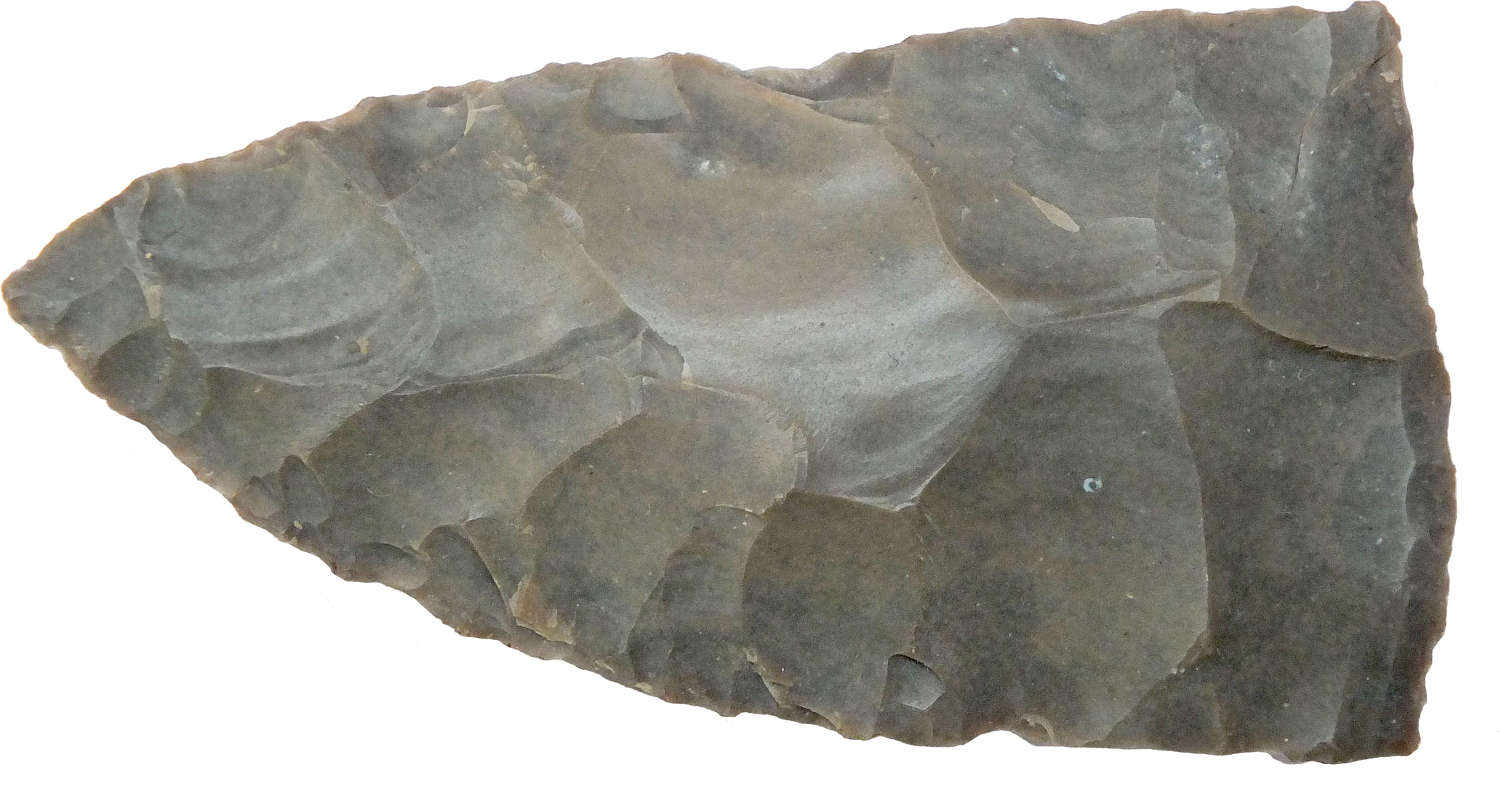 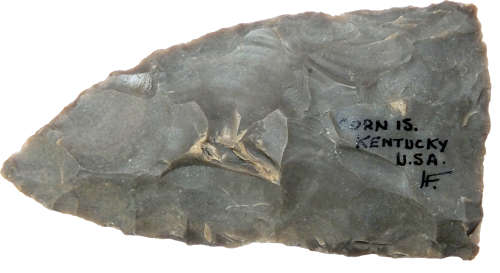 Date: Probably dating from before the 1st Millennium A.D.

Notes: Corn Island is a former island in the Ohio River, just north of Louisville. A 1780 survey listed its size at 43 acres (170,000 square metres) and it was settled in 1778, but the settlement soon abandoned, although the island continued to be used for farming. The island was flooded by the construction of a dam in the 1920s and now lies permanently submerged.  If the find locality is correct then this must be an old find.