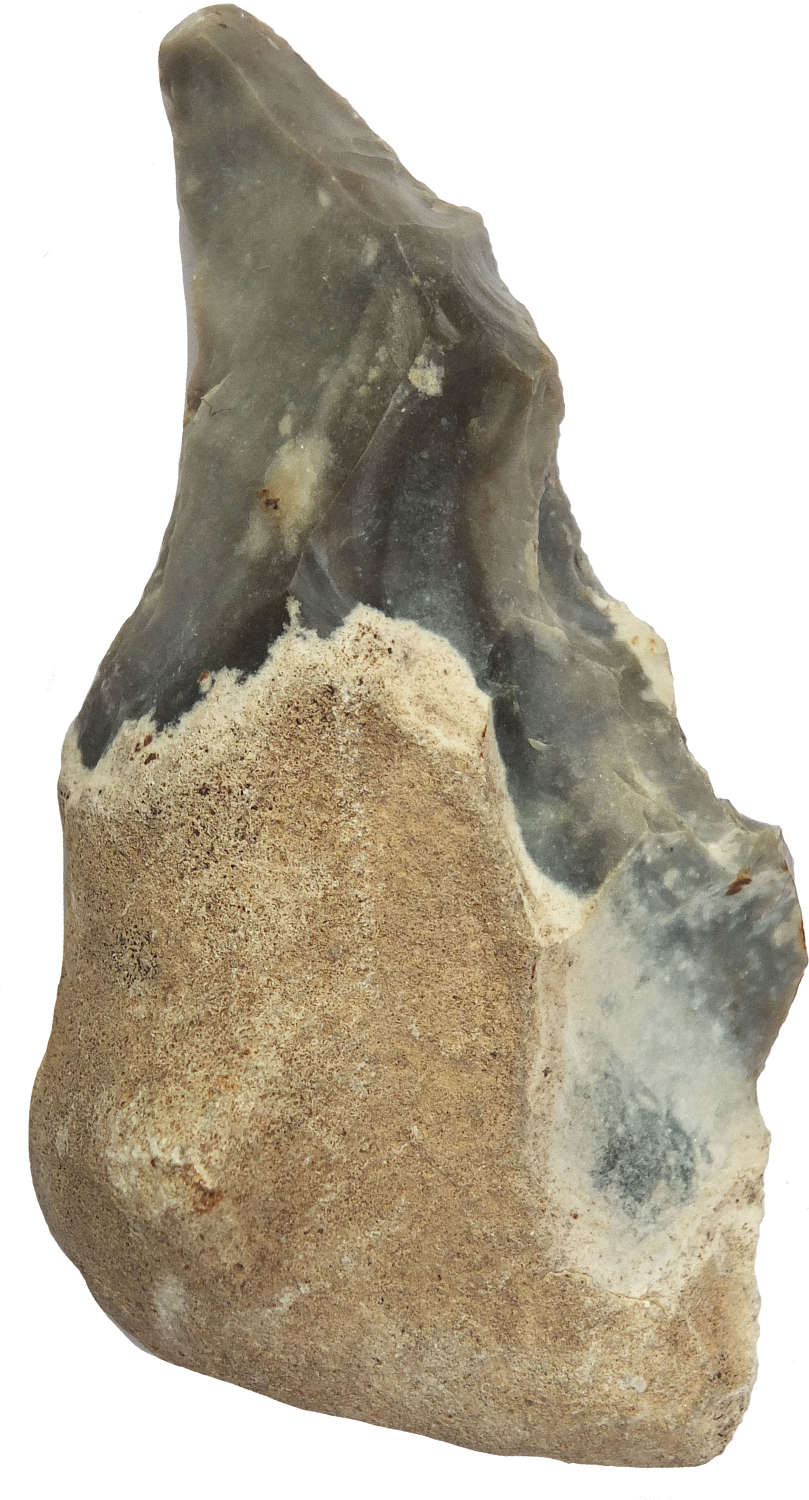 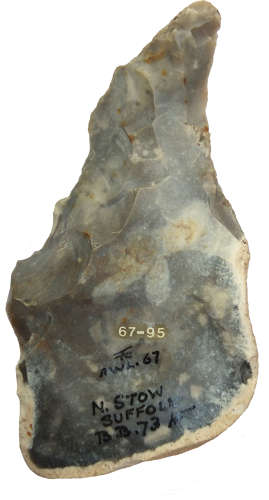 Description: A good-sized mottled grey flint awl with an oblique point, some cortex remaining on one side but a nice example of this type of tool, found North Stow, near Bury Saint Edmunds, Suffolk.