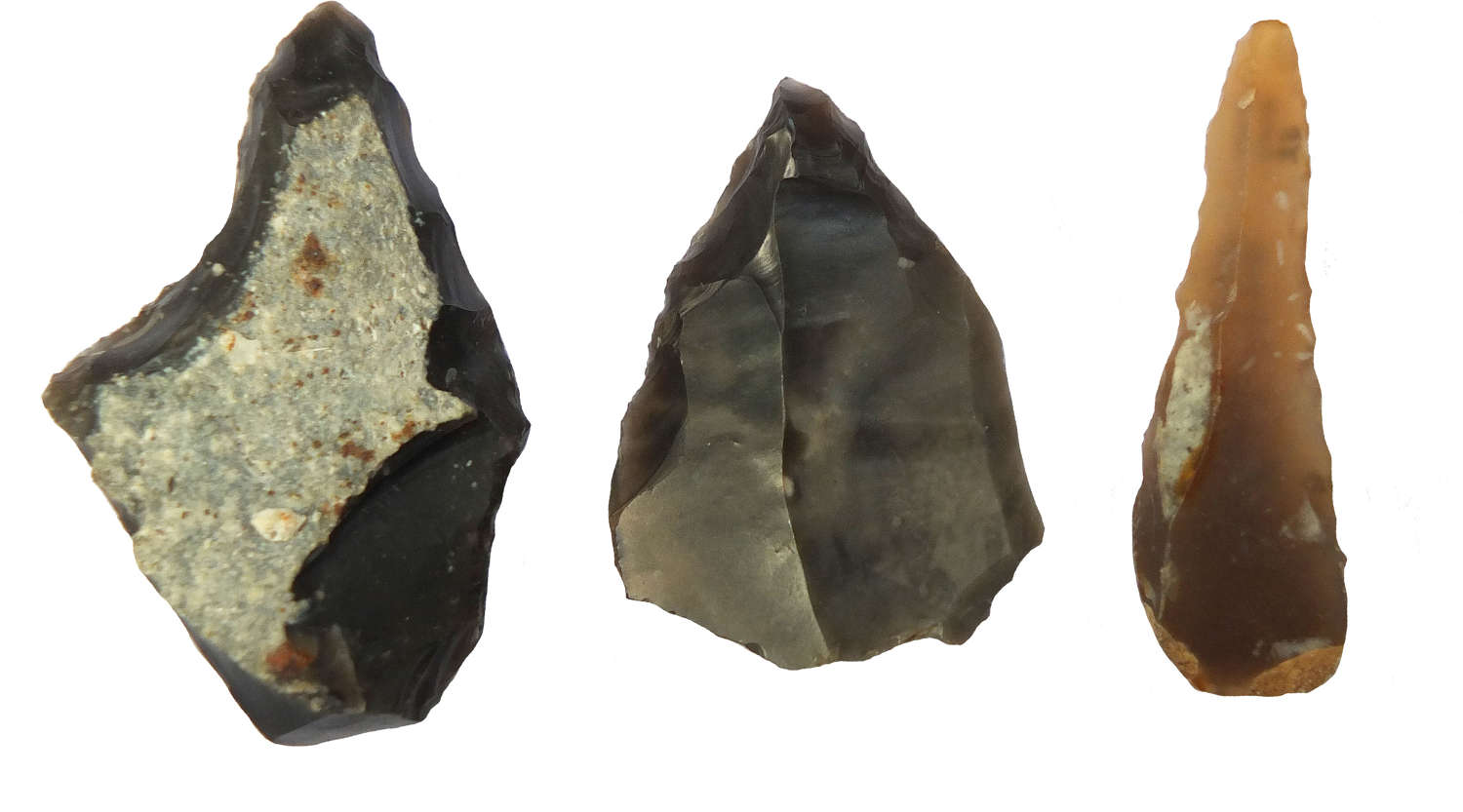 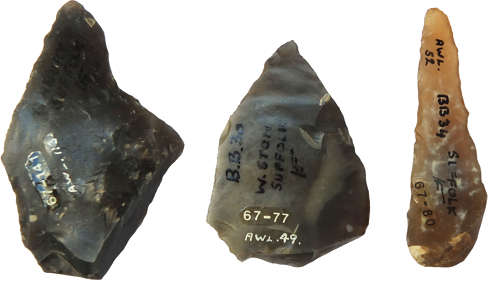 A group of three Neolithic flint awls from Suffolk