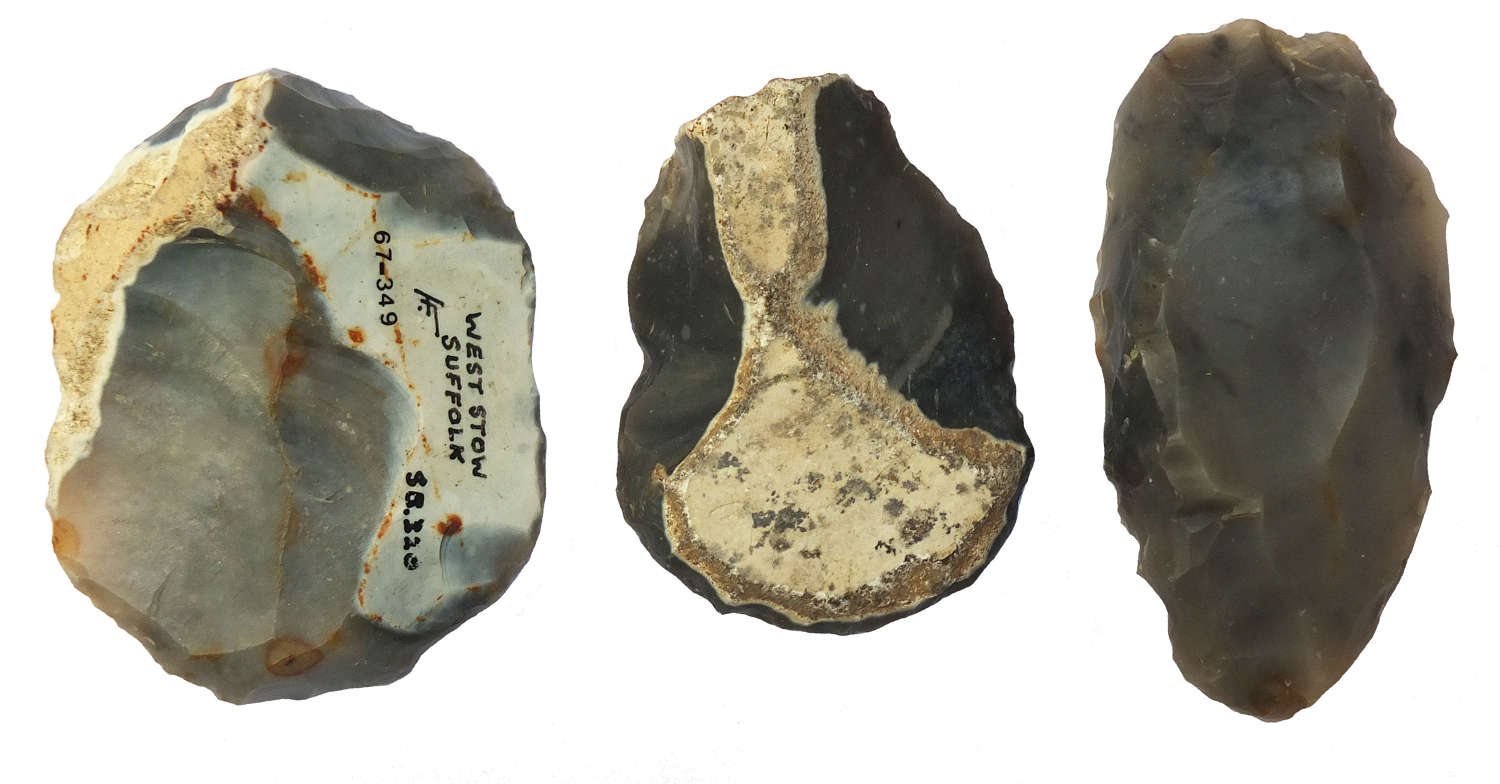 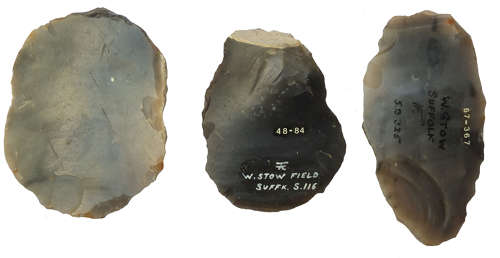 Description: A group of three grey flint scrapers from West Stow, Suffolk. One, an end-scraper fashioned from a broad suboval flake with some cortex remaining; the second, an end-scraper with an expanded retouched edge; and the third, a good-sized side-scraper with abrupt retouch along one side.