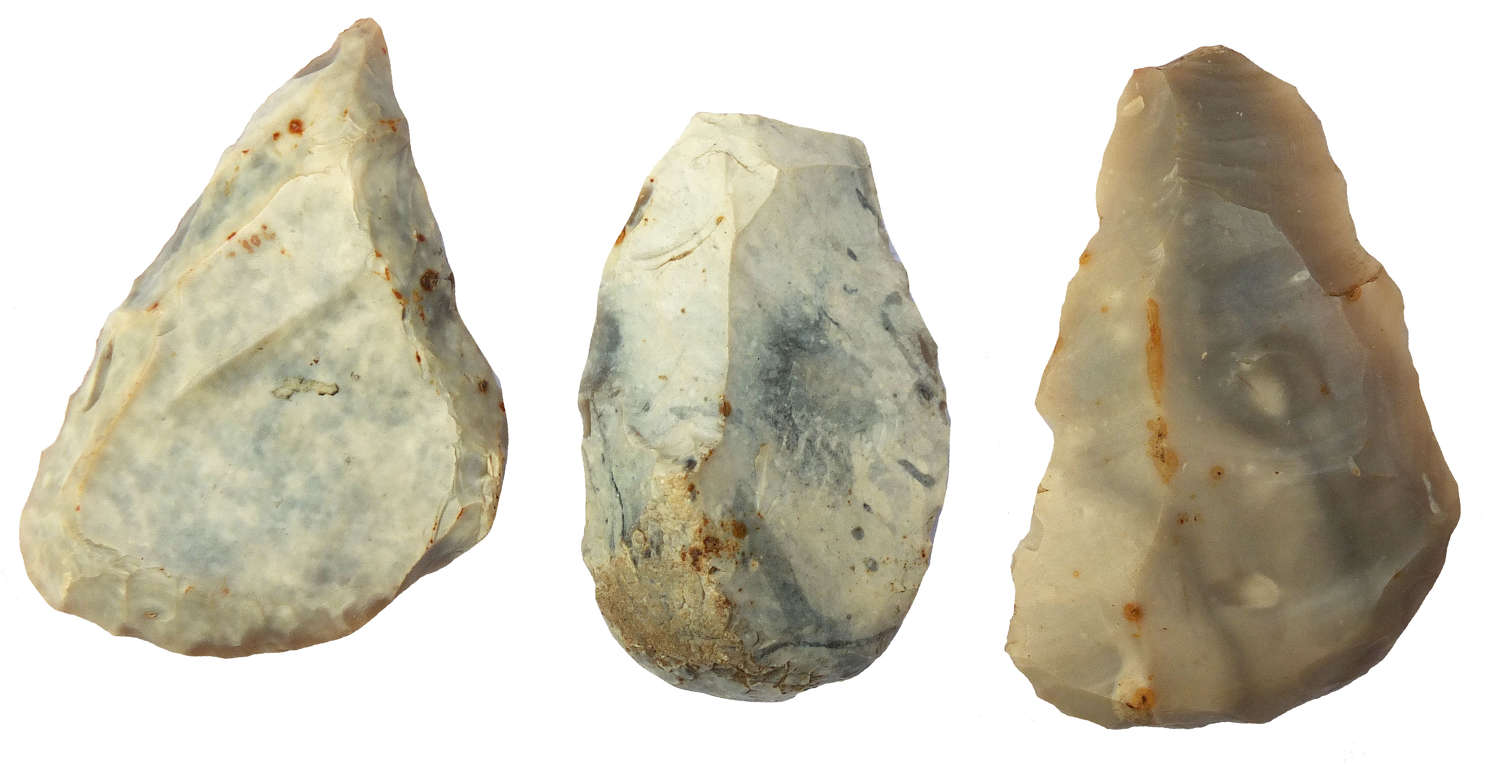 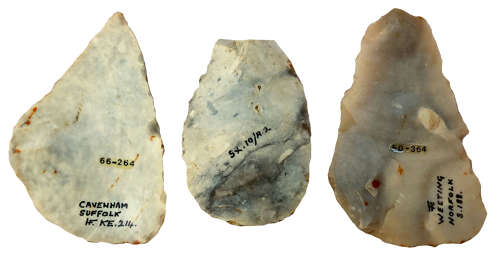 Description: A group of three grey flint tools. One, a knife fashioned from a broad triangular flake with one end fashioned to a point (possibly for use as an awl) with blue-white patination, found at Cavenham, Suffolk; the second, an end-scraper with abrupt retouch and blue-white patination (not marked with locality but possibly from Sussex); and the third, an end-scraper fashioned from a thin sub-triangular flake found at Weeting, Norfolk.