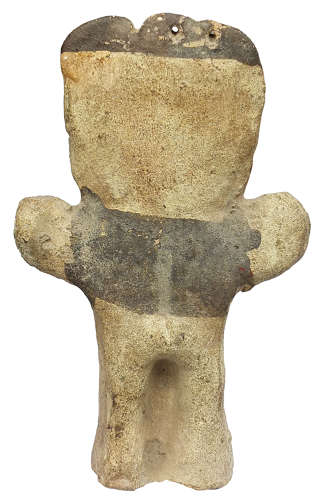 £285.00
Qty
Description: A standing female pottery figure with short outstretched arms and wearing a rectangular flattened headdress with a decorated lower border, masks across the eyes and mouth, with shirt and two small breasts, and naked from the waist down. The figure has a white slip with the decoration in dark brown. A band of three perforations along the top of the head, perforated at the waist on both sides, some chips to the top of the headdress and some minor surface wear, but a nice example of the type.