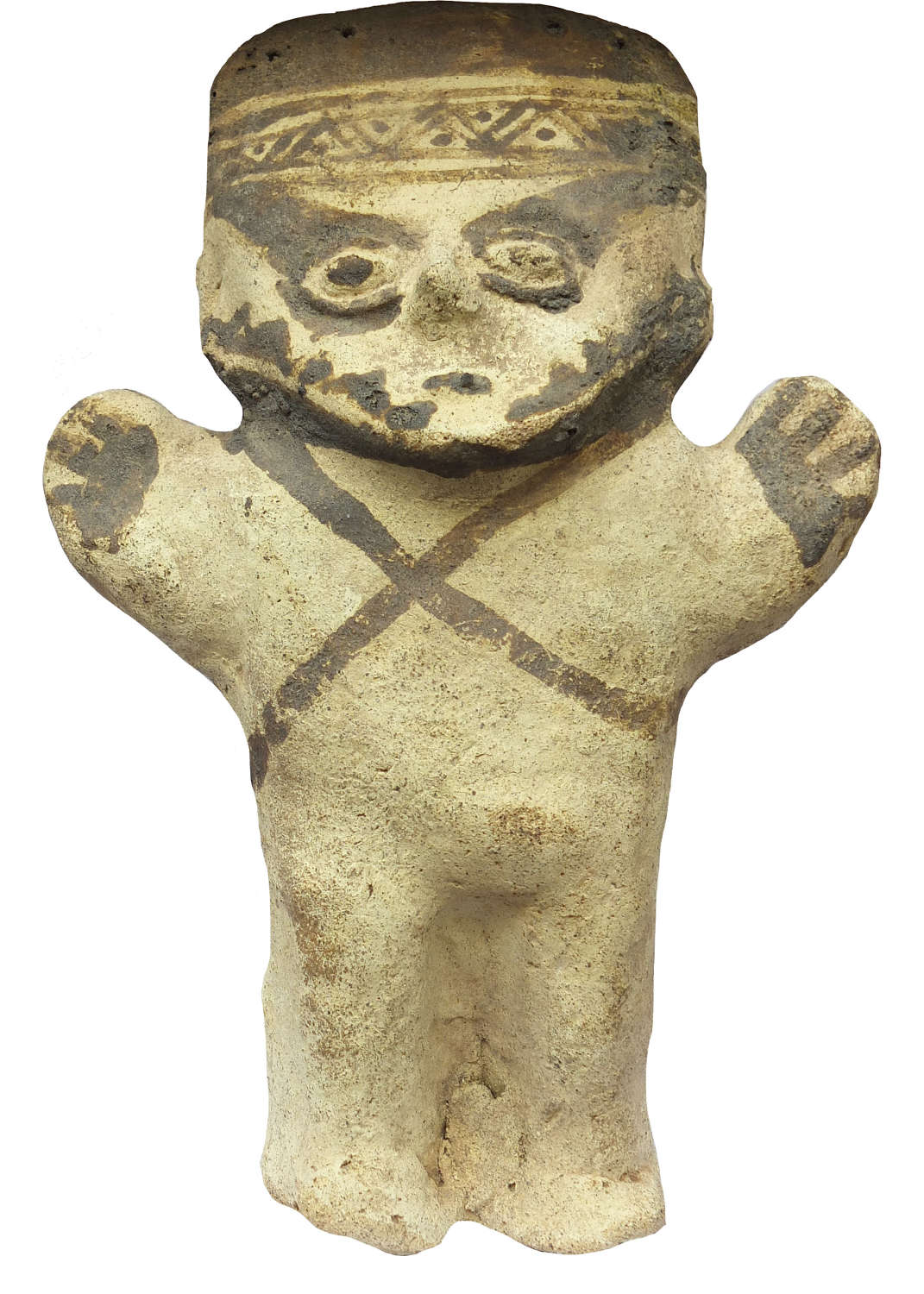 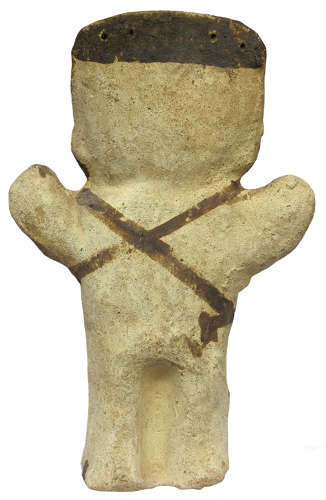 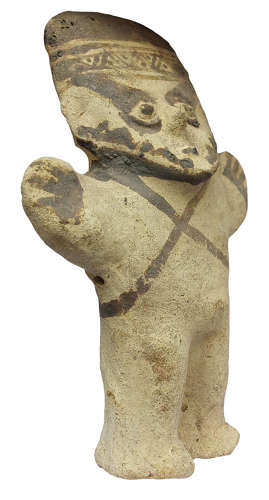 £285.00
Qty
Description: A standing pottery figure with short outstretched arms and wearing a rectangular flattened headdress with a decorated lower border, an eye mask, and with two crossed bands across the torso. The figure has a white slip with the decoration in dark brown. A band of perforations along the top of the head, some minor surface wear but a nice example of the type.