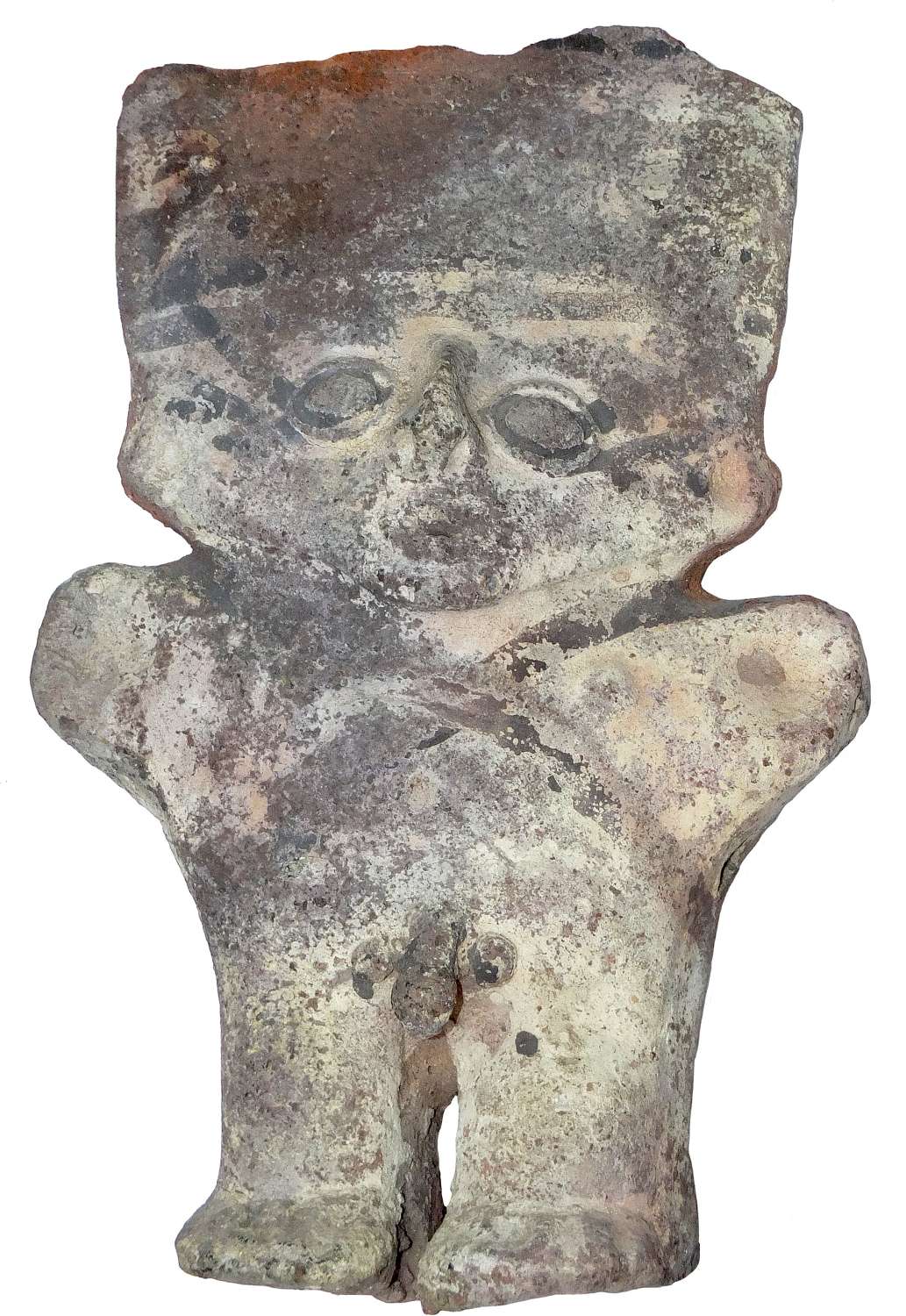 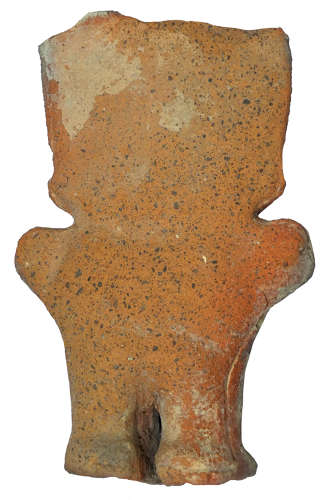 £245.00
Qty
Description: A large standing pottery male figure with short outstretched arms and wearing a rectangular flattened headdress, an eye mask, and with two crossed bands across the torso, and with prominent genitalia. The face with bulging eyes and the mouth agape, showing the surprised expression often seen in these figures. The figure has a white slip with the decoration in dark brown. The top of the headdress worn and chipped, significant surface wear and the reverse much weathered, but a piece with considerable presence, free-standing.