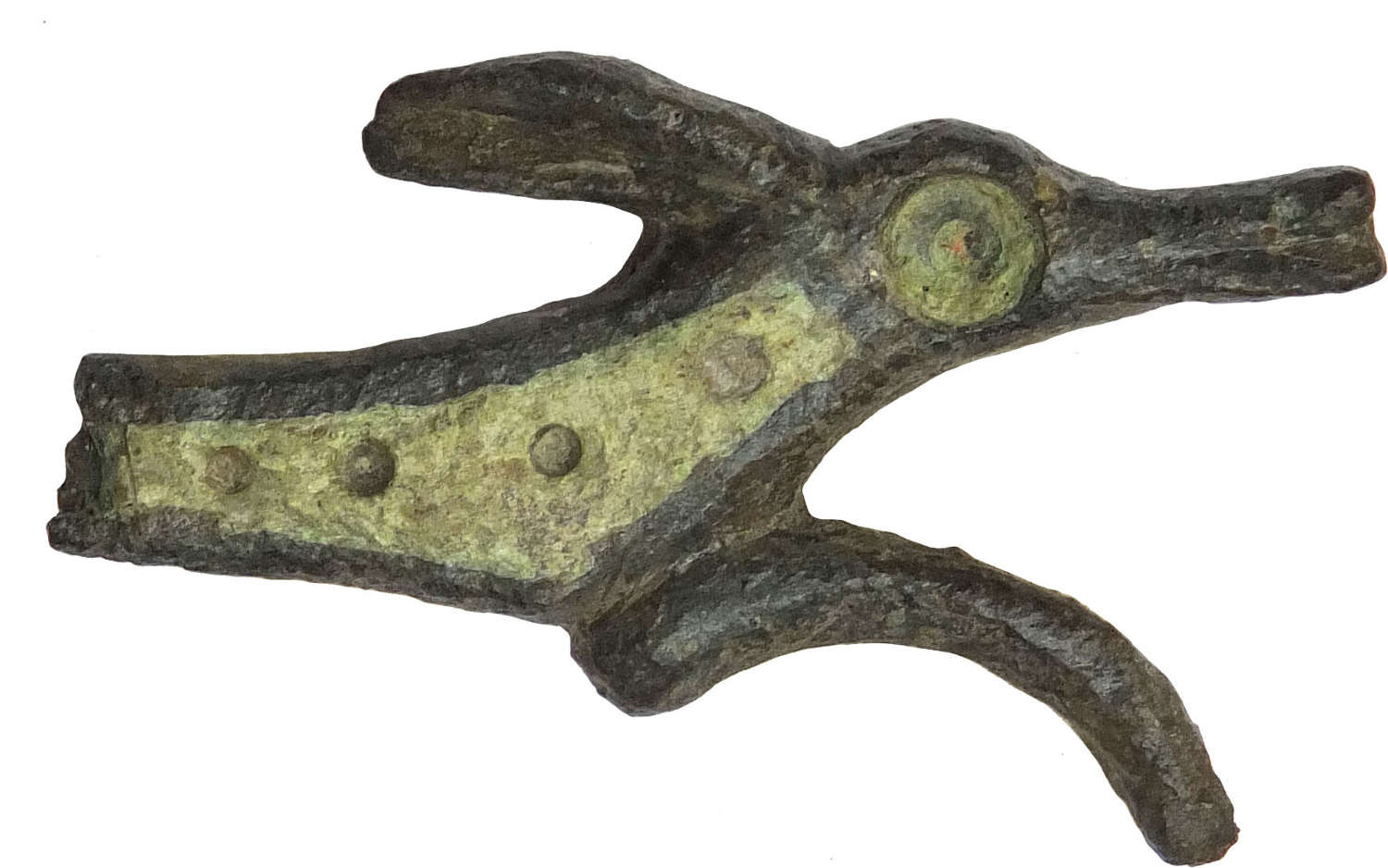 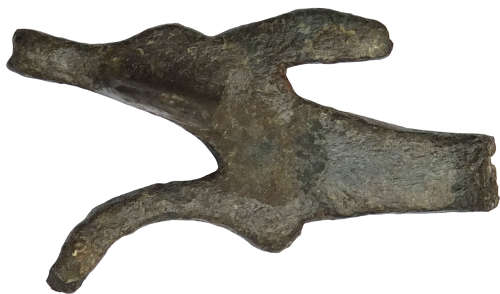 SOLD
Description: A fragmentary bronze zoomorphic brooch in the form of a running dog, the head, forelegs and thorax only. The body and eye inlaid with green enamel, the catchplate on the reverse corroded.

Background: Seward Kennedy (1925-2015) was a successful lawyer and passionate collector who over six decades, assembled a veritable cabinet of curiosities which filled his homes in London and New York City. This diverse collection included tribal, Indian, tantric, Chinese and Japanese items as well as contemporary art. In the 1950s-1960s he worked as a lawyer for the Mobil Corporation and travelled extensively in Egypt, Turkey, Greece and Cyprus. His strong interest in antiquities led him to assemble a fine collection of artefacts from a number of civilisations. Few items in the Seward Kennedy Collection are provenanced, as most were bought at a time when provenance was not regarded as particularly important. Also Kennedy was more concerned with their aesthetics, to him a fine modern knapped arrowhead was just as worthy of collection as a prehistoric piece.
UK sale only please.