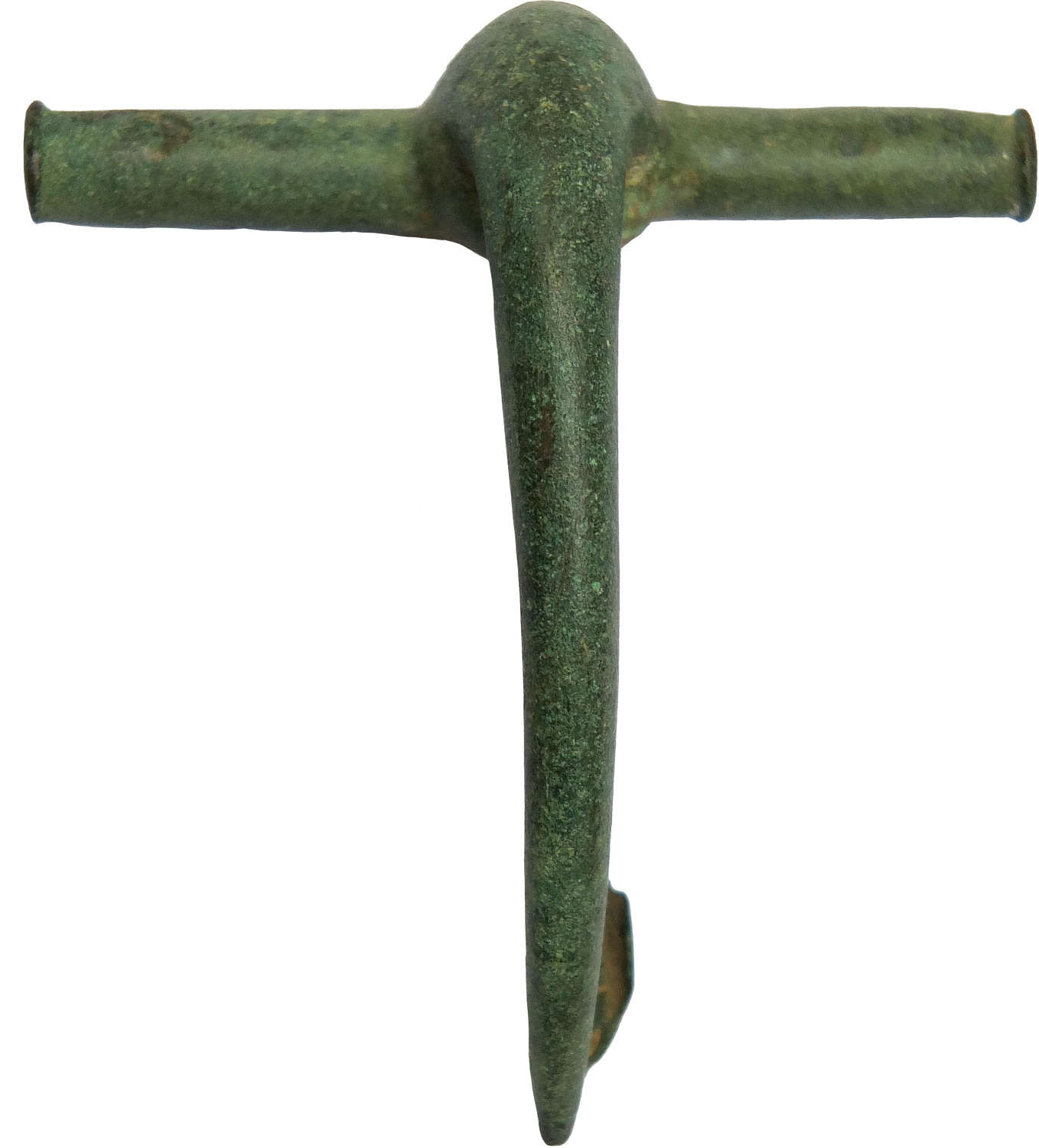 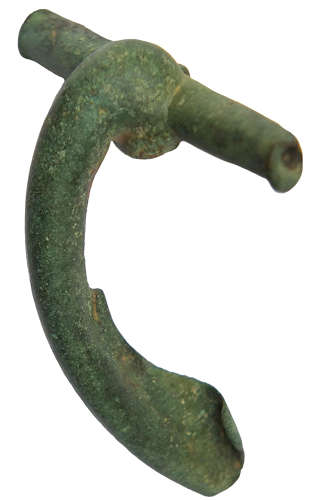 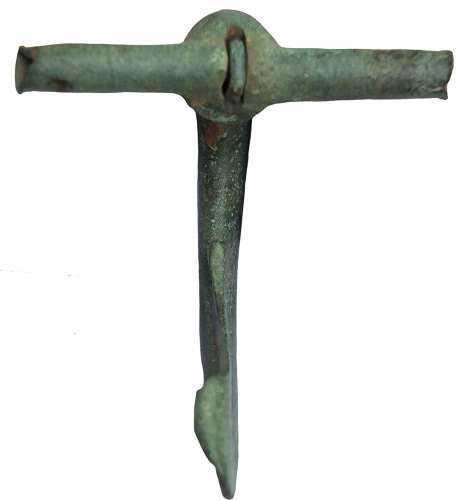 £45.00
Qty
Description: A good-sized bronze Dolphin or T-shape brooch with dark green patina, the pin lost and some damage to the end of the terminals of the cross-bar, otherwise condition good.