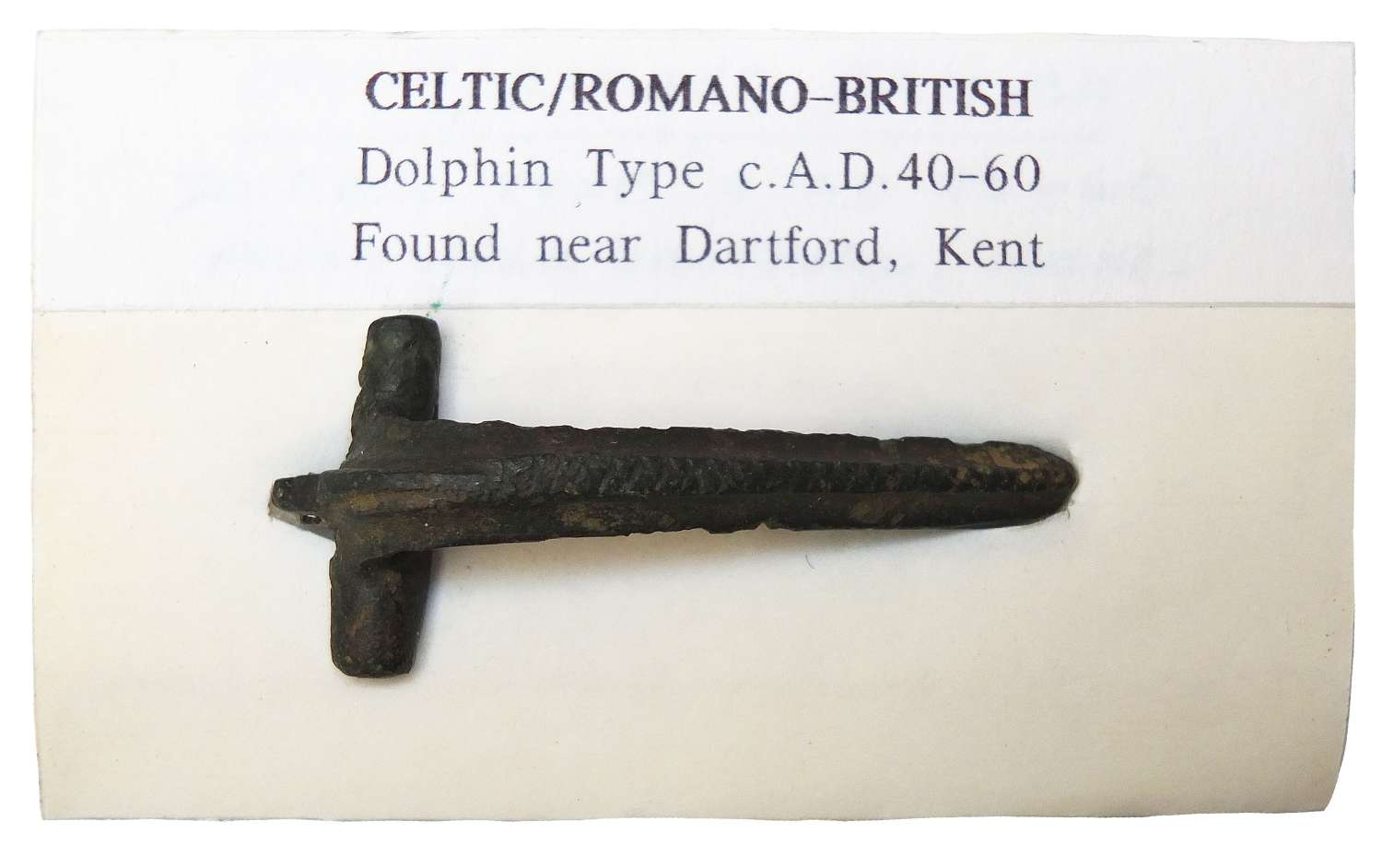 £45.00
Qty
Description: A Dolphin type bronze brooch of the early Roman period, the crossbar slightly oblique to the bow and the bow behind the hinge with a short low median longitudinal rib. The pin and hinge lost, some minor corrosion and with a double perforated catchplate. The brooch has a dark green brown patina. Found near Dartford, Kent.

Background: Harold Whitaker was a leading British film animator whose work included ‘Animal Farm’ (1954) and ‘Heavy Metal’ (1981) and the industry handbook Timing for Animation (1981), long-considered a classic of film animation techniques. He also had a keen interest in Roman and Romano-British archaeology, forming a nice collection of Roman antiquities, mainly brooches, pottery and bronze implements.

Notes: Dolphin brooches are so named as viewed from the side they resemble a Dolphin in the water.