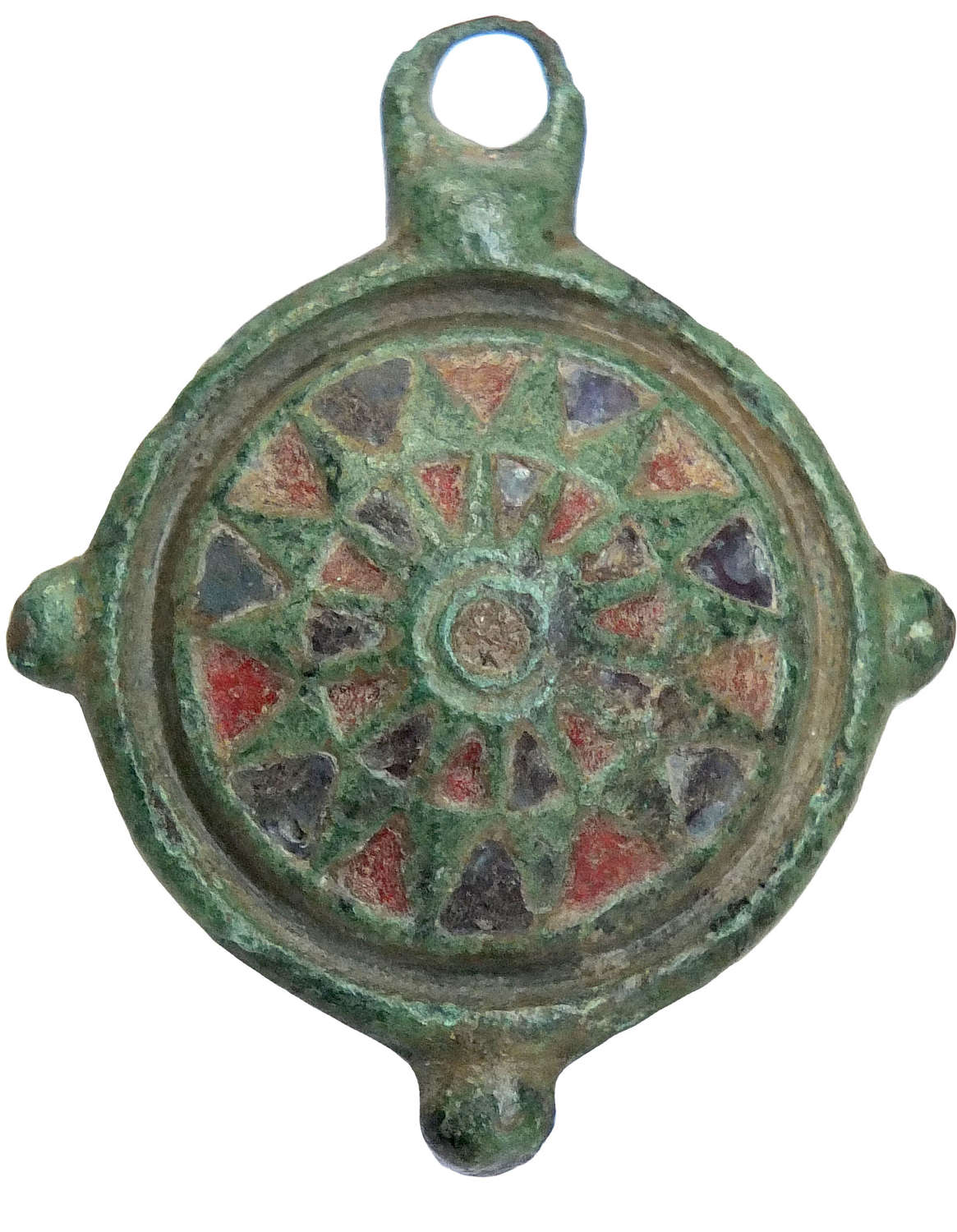 Description: A bronze umbonate disc brooch, the dome decorated with triangular cells of red and blue enamel. A chain loop and three additional knobs on the margin, the pin retained but bent and with a dark green patina, a nice example of the type.