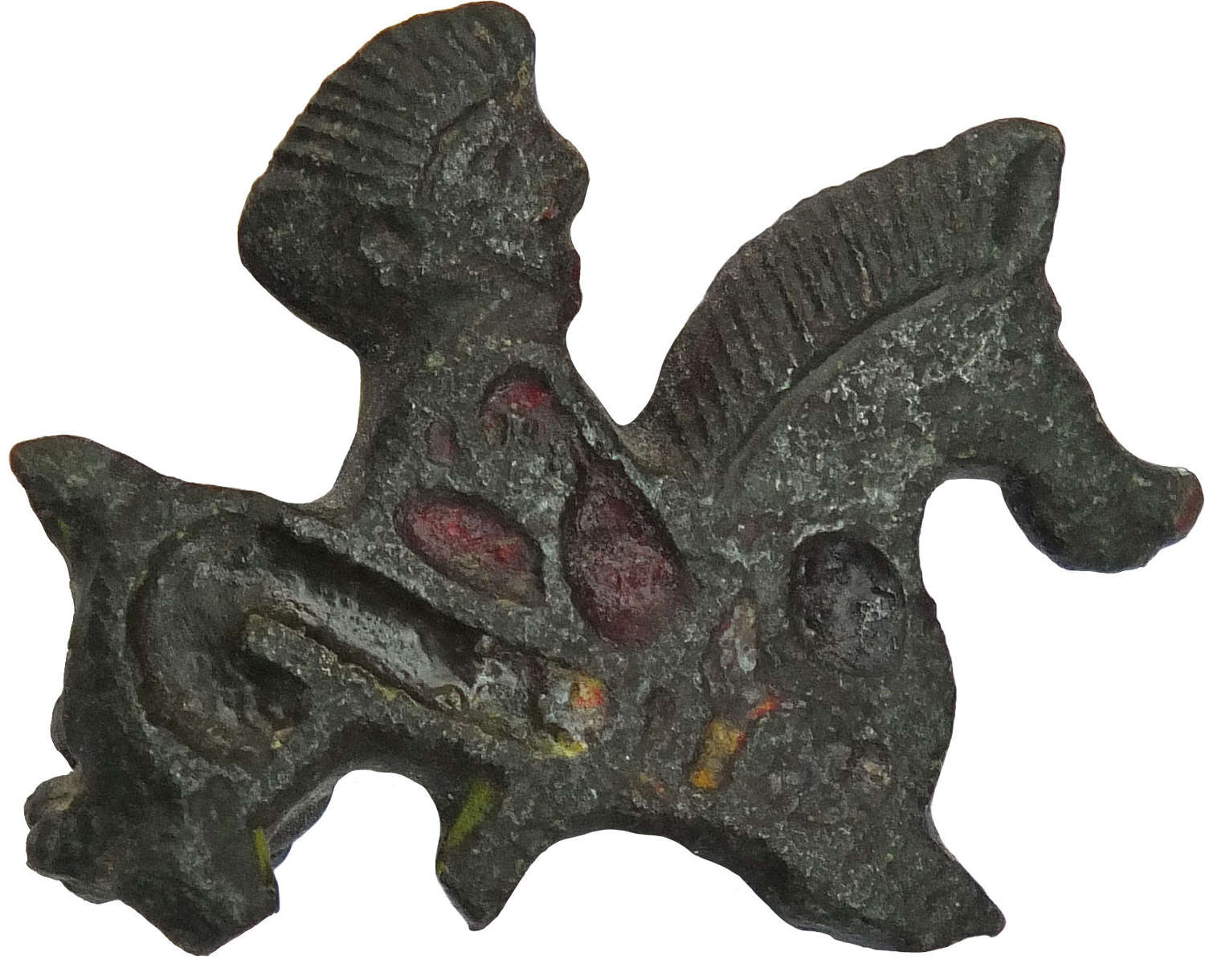 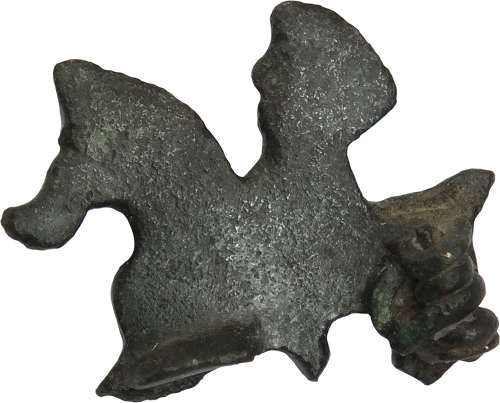 SOLD
Description: A bronze horse-and-rider enamelled brooch with good detail of the mane and hair of the horse and rider, with a dark green patina. Traces of red enamel remaining, the pin lost and the catchplate and legs of the horse corroded, but overall a nice example.

Notes: Horse-and-rider brooches are a relatively rare plate brooch type featuring a mounted man facing right, decorated with enamel cells and often show traces of silvering. The small pins and limited clearance between the pin and brooch suggest they were worn for show rather than having a functional use. The disproportionate large size of the rider has been postulated as indicating divine status. For discussion of this brooch type, see Fillery-Travis (2012).

IMPORTANT NOTE: A UK export license will be needed to export this item outside of the United Kingdom. We can apply for this on the behalf of foreign buyers for no extra charge, but this will delay despatch.