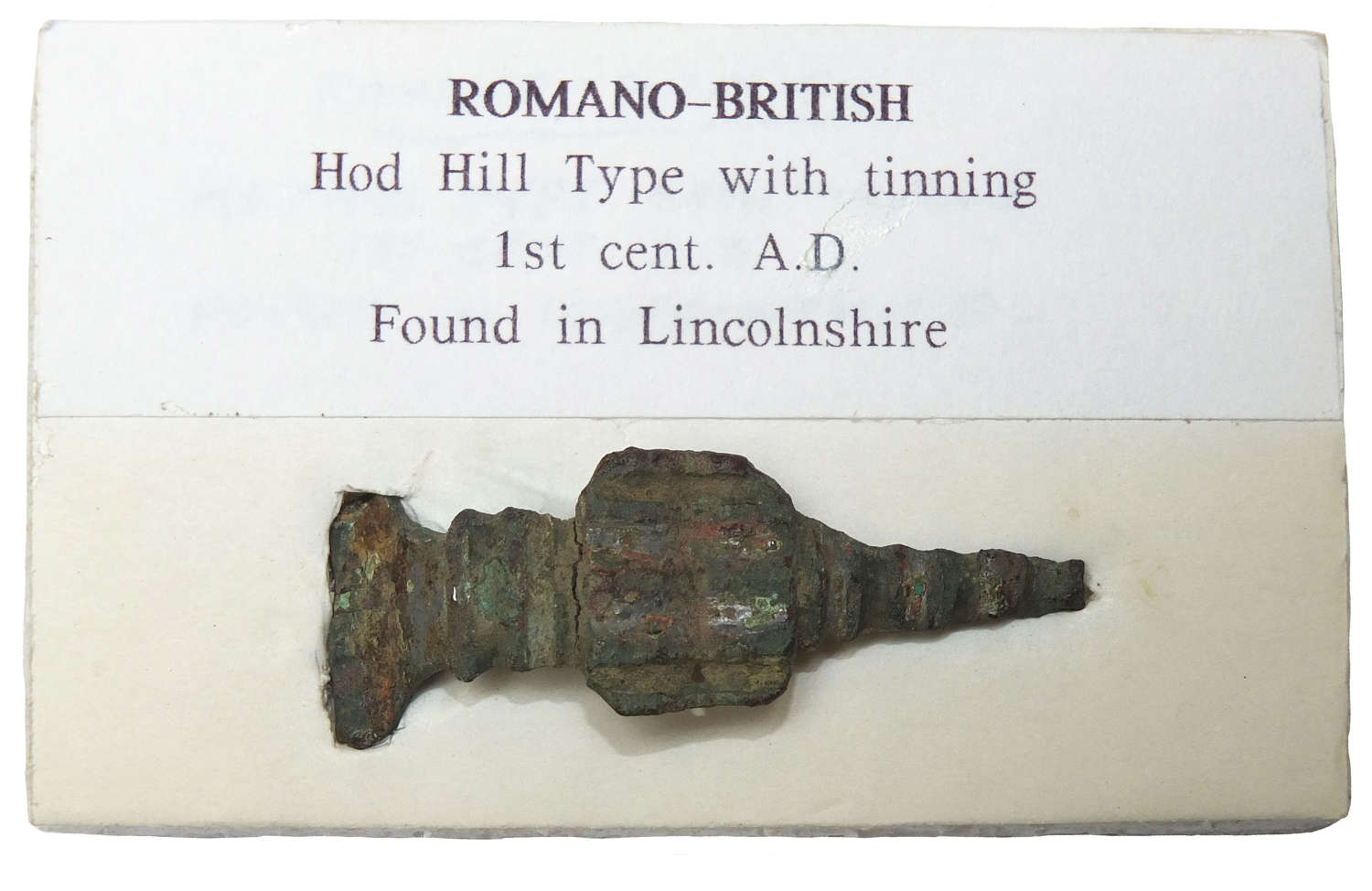 £50.00
Qty
Description: A Hod Hill type tinned bronze brooch with a segmented shallow arched bow with central rectangular plate decorated with five longitudinal ridges. A traverse crack on the bow, the pin partially preserved, and the catchplate lost, but sound. The brooch has a patchy green patina, found in Lincolnshire.

Background: Harold Whitaker was a leading British film animator whose work included ‘Animal Farm’ (1954) and ‘Heavy Metal’ (1981) and the industry handbook Timing for Animation (1981), long-considered a classic of film animation techniques. He also had a keen interest in Roman and Romano-British archaeology, forming a nice collection of Roman antiquities, mainly brooches, pottery and bronze implements.

Notes: Hod Hill brooches probably originated in the Moselle region, Gaul, during the reign of Augustus (27 B.C.-14 A.D.). Most of those found in Britain are thought to have been brought over during and immediately after the Roman invasion of 43 A.D., although some may have arrived earlier. They were superseded by native British types within about 20 years.