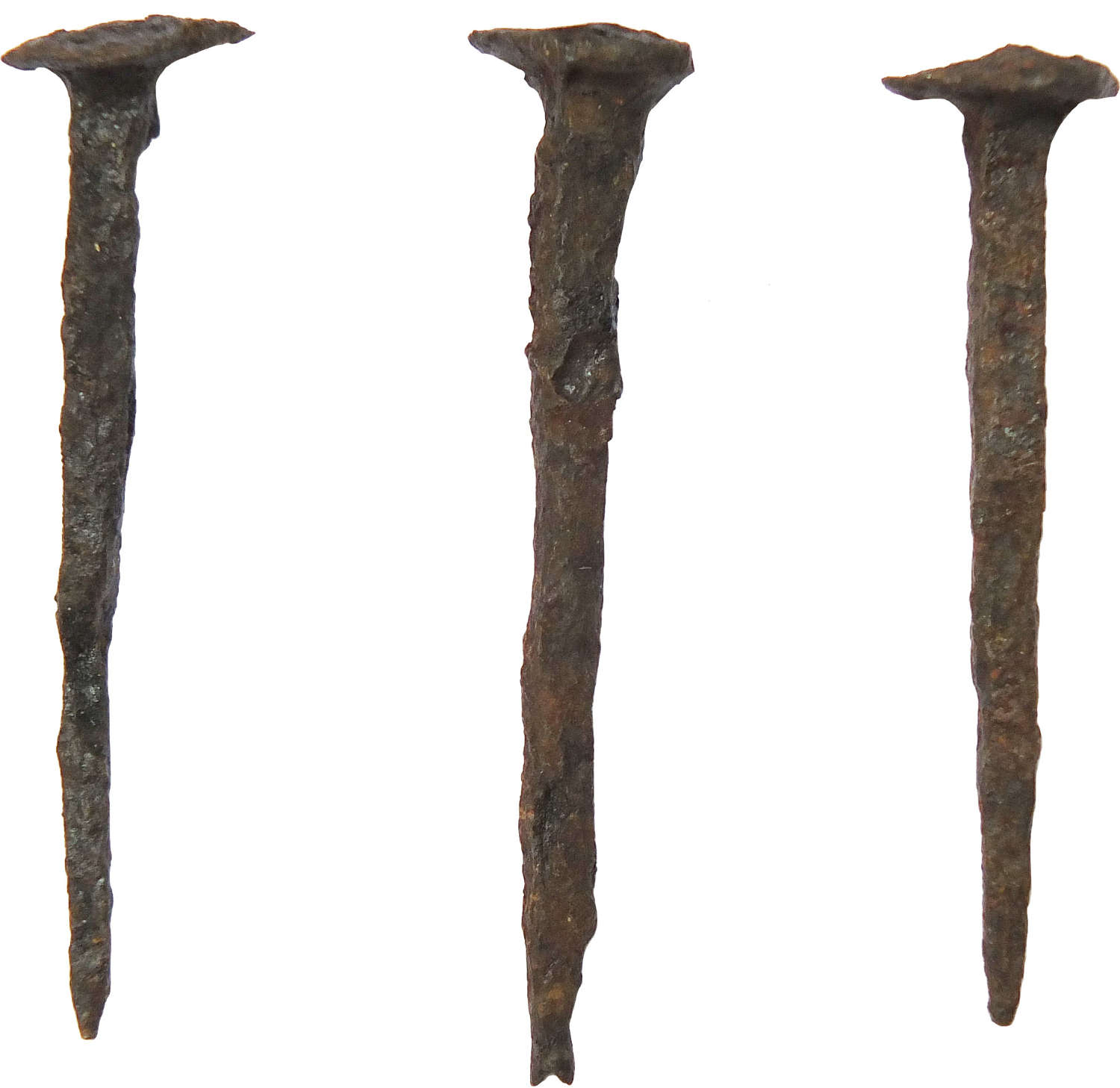 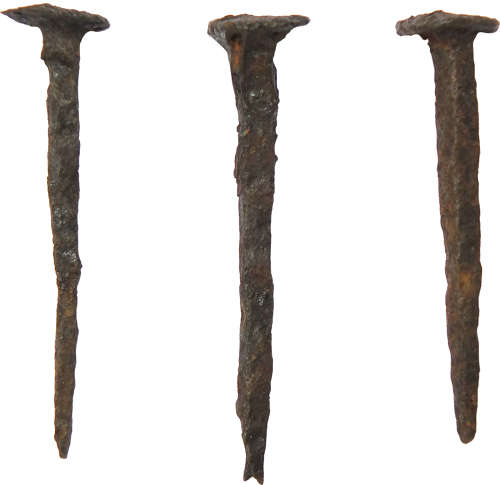 SOLD
Description: Three iron nails from the famous buried ten-ton nail hoard discovered at the Roman fortress of Inchtuthil near Dunkeld, Scotland, in 1960. Nails are square-cut and have large circular flattened heads. The nails show some corrosion and are rust-patinated but stable.

Notes: These nails were buried in a pit 12 feet deep in 87 A.D. by the Roman XX Legion when they abandoned the fortress and retreated southward, to prevent their conversion into weapons by Caledonian tribes.

A rare opportunity to acquire part of an important British archaeological find.