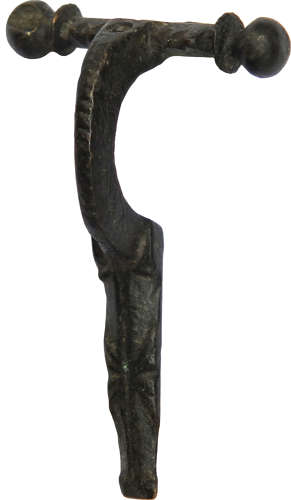 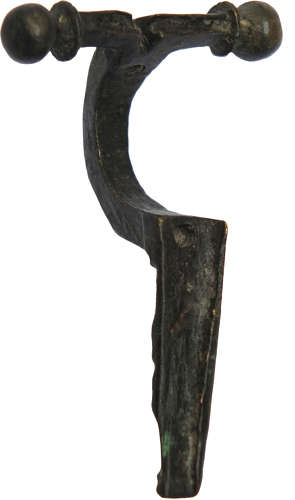 SOLD
Description: A bronze crossbow brooch with rounded terminals and long catchplate, a linear star-shaped design on the catchplate and a dark green-brown, almost black, patina. The pin and one terminal missing, the brooch bent where the arch joins the catchplate, some chips and corrosion, and with damage to the underside of the catchplate, but an inexpensive example.