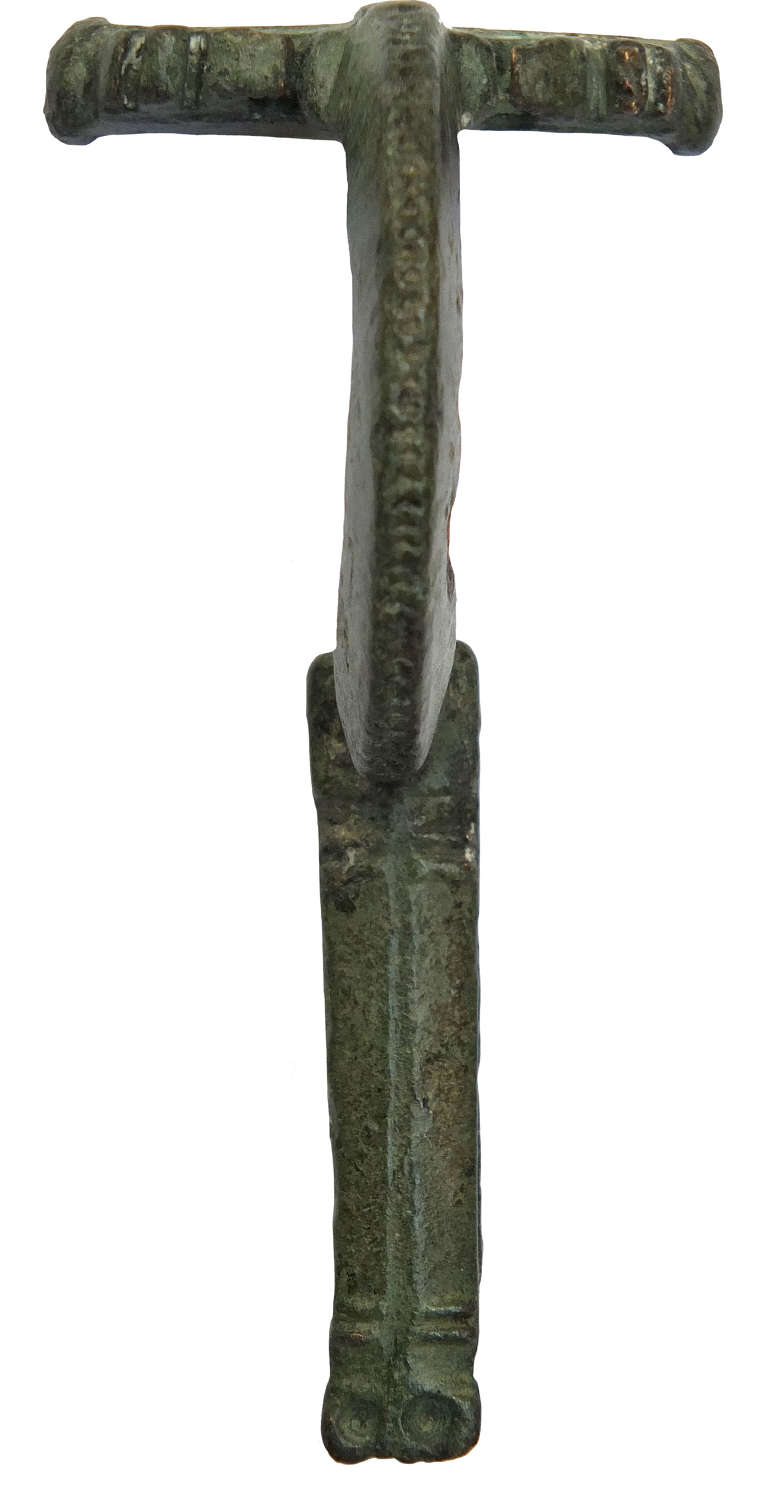 Description: A bronze crossbow brooch with fine ribbing on the bow and a straight incised central line on the catchplate with two transverse lines at each end and two blind holes on the foot.  The brooch has a patchy green brown patina. Probably originally with knobs at the ends of the cross-bar but these are now lost and were probably attached with pins. The pin also lost, found in London (possibly Cheapside).

Dr Hugh Alderson Fawcett (1891-1982) was a general practitioner and antiquarian who built up an important collection of ancient implements, weapons and ornaments that eventually numbered some eight thousand items. It was he who alerted the British Museum to the discovery of the fabulous Mildenhall treasure after being shown it by Sydney Ford during Easter in 1946,  The bulk of his collection is now in the Bristol Museum and Art Gallery, but Fawcett previously sold or traded many pieces in order to improve his collection.