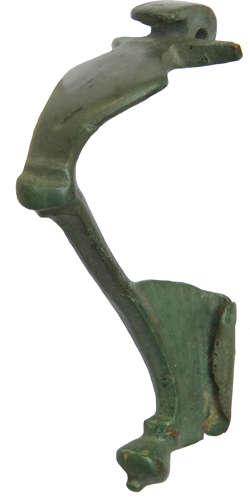 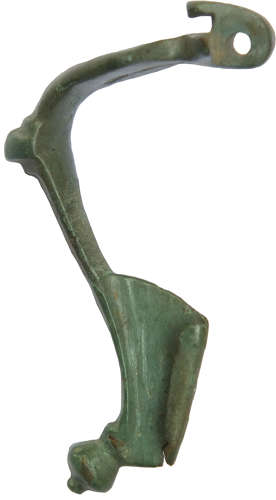 SOLD
Description: A bronze fibula brooch, trumpet-derivative type, with a waxy dark green patina. The pin and spring missing, but good metal. A ink inscription suggests this was found in Greece.