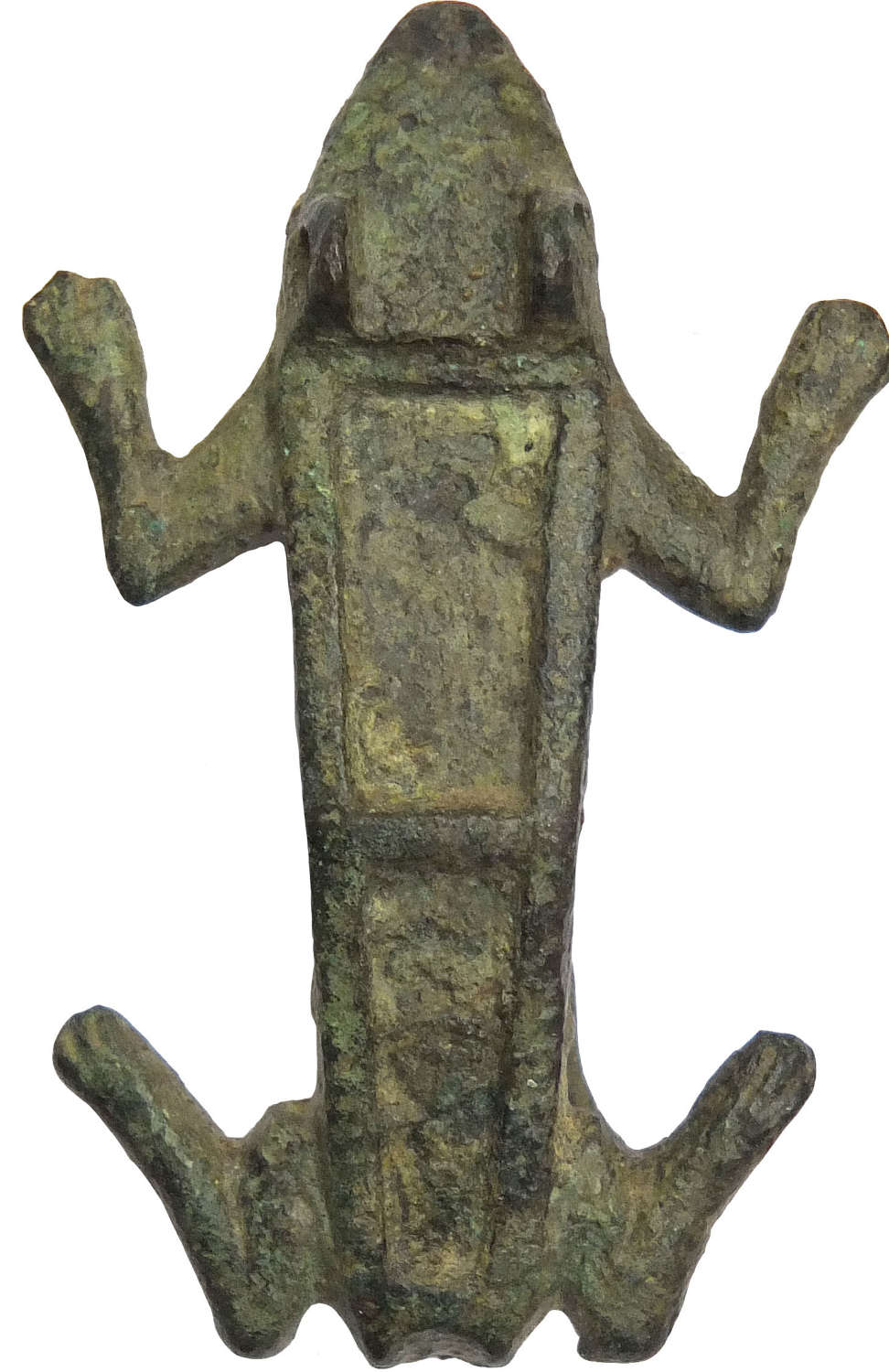 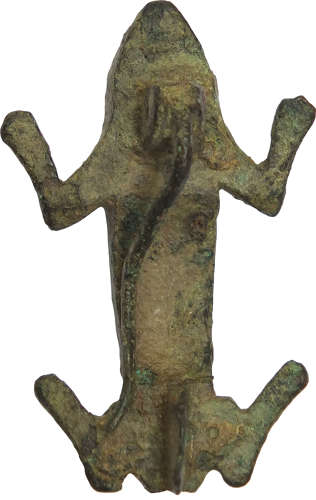 SOLD
Description: A bronze frog brooch, with two panels on the back which would have originally contained coloured enamel (now lost), with a dark green patina. The catchplate corroded, but still retaining the pin, now bent, and a nice example of the type.